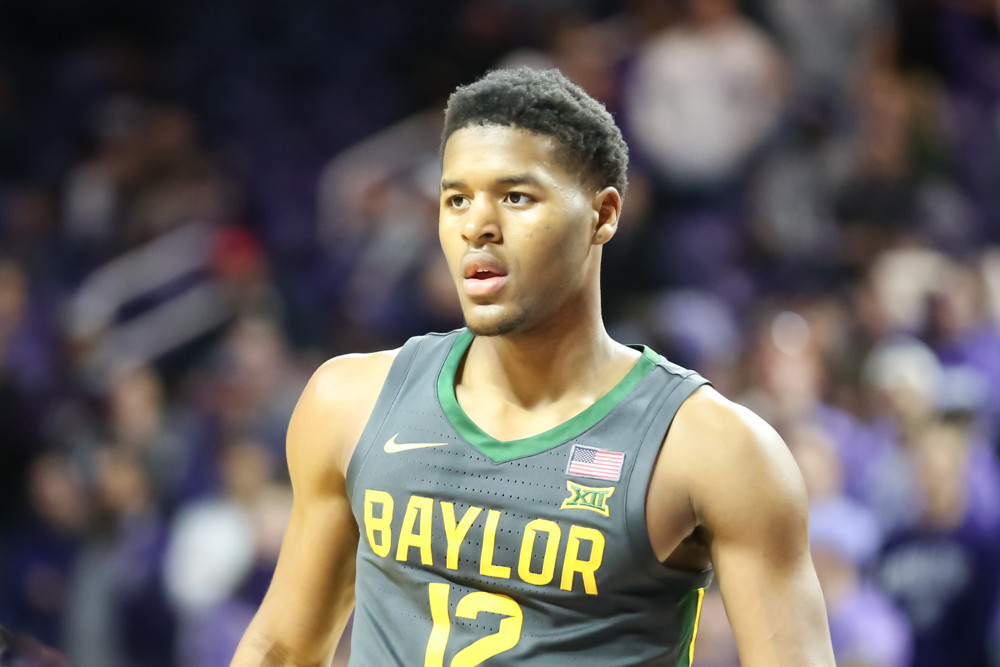 We were supposed to wake up Sunday with a firm No. 1 team in college basketball’s top 25 rankings following a showdown between Gonzaga and Baylor. Those two were the unanimous top two teams in the country and were slated to square off in Indianapolis on Saturday afternoon.

However, two positive COVID-19 tests within the Gonzaga program caused the game to be called off just over an hour until the scheduled tip time. There’s still a chance we see this game at some point this season — both Mark Few and Scott Drew have said they will work to re-schedule the contest — but that’s obviously no guarantee.

Still, the Bulldogs and Bears remain the top two teams in the country. Everything else behind them, though, is very much up in the air. So many ranked teams lost over the last week and even more picked up narrow victories over much lesser competition.

How does my full top 25 rankings shake out following the past week’s action? Here’s the full breakdown:

Kentucky did not have a good week and showed its youth and inexperience against both Richmond and Kansas. The offense is as disjointed as you’d expect from a team full of freshmen as well as a lack of 3-point shooting (19.1 percent on the season). However, Kentucky’s defense and pure talent is enough to keep them in the top 25 over some unproven teams.

San Diego State dominated a non-Division I opponent as expected. The tests come this week, however, against Pepperdine and Arizona State.

The Billikens only had one game this week and completely destroyed a Pine Bluff team that is one of the worst in the country. Not much to say here.

FSU finally got on the court this week and looked every bit like the reigning ACC champs against North Florida. That was a tune-up game with measuring-stick showdowns against Indiana and Florida this week.

The Buckeyes drop two spots through no fault of their own — they just haven’t played anyone and have been jumped by teams that have. That changes quickly, though, as their next five games are against teams ranked in the KenPom top 70.

Arizona State has won two in a row since losing to Villanova but were less than impressive against Cal, as they were unable to put a lesser Golden Bears team away. Awaiting is that showdown with San Diego State.

Texas Tech was getting blown out by Houston before fighting back and making it a game. That slow start can be blamed on the multitude of new pieces Chris Beard has on his roster, and they were exploited by a more experienced team. The bounce back win against Troy was a great sign.

Even though UNC lost to Texas, I didn’t leave the Maui/Asheville Invitational feeling all that different about the Tar Heels. Roy Williams’ squad is talented but still has holes and needs to be led by their freshmen. North Carolina will only improve as the season goes on.

Richmond validated its preseason hype with that win over Kentucky. Positive COVID-19 tests have temporarily shut down the program since then, but that Kentucky game was all the proof needed to know this group is legit.

I am concerned about Virginia. Do I think they’ll be really good by the end of the year? Absolutely. But they needed overtime to beat a Kent State team they should’ve handled, which doesn’t look good when you’ve already lost to San Francisco. The Wahoos are out of sync offensively and not as dominant as normal defensively. They stay outside the top 15 because of it.

I’m not going to punish Wisconsin that much for a loss to a solid Marquette team at the buzzer, yet it did reinforce why I’m not as high on them as the Associated Press. Unless they’re shooting really well from three, they don’t have the playmakers necessary to create consistent offense.

Rutgers is unproved but is still taking care of business without a key player in Geo Baker. How real are the Scarlet Knights? We’ll find out Tuesday against Syracuse.

Texas isn’t back, but it is legit. Here’s a full breakdown as to why it’s safe to believe in the Longhorns.

Creighton also got its first action in this week following a COVID delay and took care of business against lesser competition. Tuesday’s matchup with Kansas should be a lot of fun.

Duke has shown its youth in all three games, yet it was the lack of leadership against Michigan State that was the most alarming. I take a deeper look at that here.

A game with Hartford is exactly what Villanova needed after losing for Virginia Tech. Now, Jay Wright’s squad will look to prove that loss to the Hokies was a fluke against Texas on Sunday.

The Jayhawks had the worst week of any team that won three games. The Kentucky game was ugly and more about UK’s shortcomings, they handled a non-DI team, then trailed North Dakota State until the closing minutes — a winless NDSU team that has a 22-point loss to Nebraska on its resume. Kansas needs to find reliable offensive options and fast.

Houston has racked up a pretty impressive resume with a top 10 offense and a defense I really like. The Cougars have proven themselves and might be the most underrated team in the country.

I’m not going to dock West Virginia for losing to Gonzaga when it held the lead for a majority of the game. When the Mountaineers get consistent perimeter scoring, they can play with anyone.

Tennessee still hasn’t played a game yet due to COVID-19 protocols.

Much like I’m not dropping WVU, I’m not dropping Illinois out of the top five for losing to an excellent Baylor team. The Illini were clearly the second-best team in that game — Baylor went to a different gear in the second half that Illinois couldn’t match — but hung around despite dealing with foul trouble. This is still a really good team.

Iowa still has not played a team ranked above 266th in KenPom, so it hasn’t really proved anything. But the Hawkeyes certainly look the part against lesser competition, especially Luka Garza.

The Spartans had the best win of the week at Duke so they rise to the No. 3 spot despite struggling with Detroit. There is a pretty big gap between No. 2 and No. 3, and you could probably put six teams at this spot and make a compelling case. But Michigan State gets the nod for beating the Blue Devils, and they’ll be tested against Virginia this week.

We didn’t get to see Baylor in the game we wanted to see them in, yet we did see them blow out a bad Washington team and trounce a very good Illinois team. The Bears are elite.

The eye test tells me Gonzaga is ahead of Baylor but, if you think otherwise, the Zags are also the most proven with victories over Kansas and West Virginia. Mark Few’s squad will be No. 1 until they lose (if they lose).