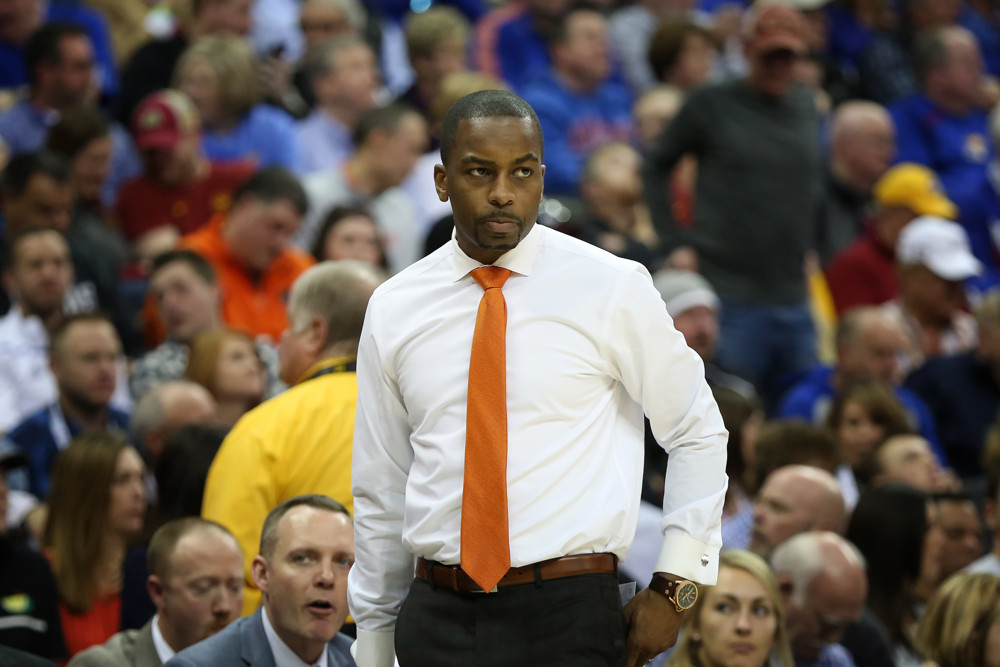 It’s hard to believe that this is the final edition of my college basketball power rankings of the season.

We’ve reached that time of the year as we’re a week away from Selection Sunday, so I am putting an increased emphasis on the way teams are playing right now. No team embodies that more than Oklahoma State, who is playing their best basketball of the season at the most important time. The Cowboys made a big leap last week and continue their rise this week, climbing into the top 10.

Who else made a big rise up the rankings? Let’s dive into the full top 25:

Oklahoma has lost four games in a row and have only one notable win — their 91-90 win over West Virginia in double overtime — in the last month. However, their last three losses have been to teams ranked ahead of them and all came by four points.

Loyola-Chicago has the nation’s top defense, per KenPom, and has used that defense to reach the Missouri Valley Tournament championship game. Even if they lose, the Ramblers have done enough to lock up an at-large bid.

The Trojans return to the top 25 after dropping out last week. Led by Evan Mobley, USC is the Pac-12 team with the best chance to make a run in the NCAA Tournament — even more so than the team ranked ahead of them.

Colorado closed the season with four consecutive wins, two coming against other teams at the top of the conference in USC and UCLA. This four-game win streak matches their longest of the season.

Creighton has endured a tumultuous week and is without head coach Greg McDermott, leaving them with serious questions moving forward. That said, the Bluejays looked like themselves in their blowout victory over Butler.

Virginia Tech did not play this week due to COVID-19 protocols.

The Aztecs clinched the Mountain West regular season title with a win over UNLV. They now ride an 11-game win streak into the postseason.

I have been confused by Florida State’s last few performances. The Seminoles look like a Final Four contender at their peak, yet they’ve now lost two of their last three games to a mediocre UNC team and bad Notre Dame team because of poor defensive showings. We need to see this group show more consistency in the ACC Tournament.

Virginia snapped out of a three-game losing streak with two double-digit victories to claim their third ACC regular season title in four years.

Purdue closed the regular season on a five-game win streak, perhaps solidifying their place as a top 16 overall seed in the NCAA Tournament. Only three teams have more Quad 1 wins than the Boilermakers (seven).

Villanova won their seventh Big East regular season title in the last eight years, but injuries to Collin Gillespie and Justin Moore severely limit this team moving forward. Don’t be surprised if we see the shorthanded Wildcats lose early in the Big East Tournament and the NCAA Tournament.

The Red Raiders got a bit of a break in the conference schedule and handled two of the bottom teams in the Big 12. Chris Beard’s squad gets Baylor in their season finale on Sunday.

Texas has now won five of their last seven games after a three-game losing streak, and they showed some fight in their win over the Sooners. They close the season Sunday against TCU.

Arkansas has only lost one game in the last month and a half and is rolling offensively right now. Moses Moody looks like a potential March superstar.

Kansas scheduled their game against UTEP as a tuneup before the NCAA Tournament and … did not look good. The Jayhawks trailed by 17 points before pulling out the victory late.

West Virginia was in both losses this week until the end but losing to Oklahoma State without the Cowboys’ two best players does raise some red flags. This group will look to regain momentum in the Big 12 Tournament.

Oklahoma State looks the part of a team that can make the NCAA Tournament’s second weekend. The Cowboys went toe-to-toe with Baylor for 38 minutes and beat West Virginia in Morgantown without both Cade Cunningham and Isaac Likekele.

Ohio State has now lost four games in a row and, while three were to KenPom top five teams (Michigan, Iowa, Illinois), all of those came in Columbus. This team is reeling as their lack of offensive weapons may have caught up with them.

Alabama wasn’t dominant in either game this week against teams in the bottom half of the SEC, but they got the job done. The Crimson Tide enter the SEC Tournament as the clear favorite.

Houston didn’t win the American regular season title — that went to Wichita State, who beat the Cougars a couple of weeks ago — yet Houston has returned to their dominant selves since, winning their past three games by an average of 29.3 points.

Iowa has returned to looking like the top five team they were earlier in the season. Their defense is greatly improved and picked up a resounding victory over Ohio State on Sunday. The Hawkeyes have won six of their last seven games.

Michigan’s loss to Illinois reminded everyone that the Wolverines are mortal, yet their play against the Spartans made that performance simply look like an off night.

The Illini picked up their two most important wins of the season this week, blowing out Michigan without star Ayo Dosunmu and likely securing a No. 1 seed in the NCAA Tournament by beating Ohio State. This group looks like a clear Final Four favorite.

Baylor bounced back from their loss to Kansas with back-to-back wins over good West Virginia and Oklahoma State teams. The Bears appear to be back to their pre-COVID selves.

Gonzaga has not played as they await their first WCC Tournament game on Monday.