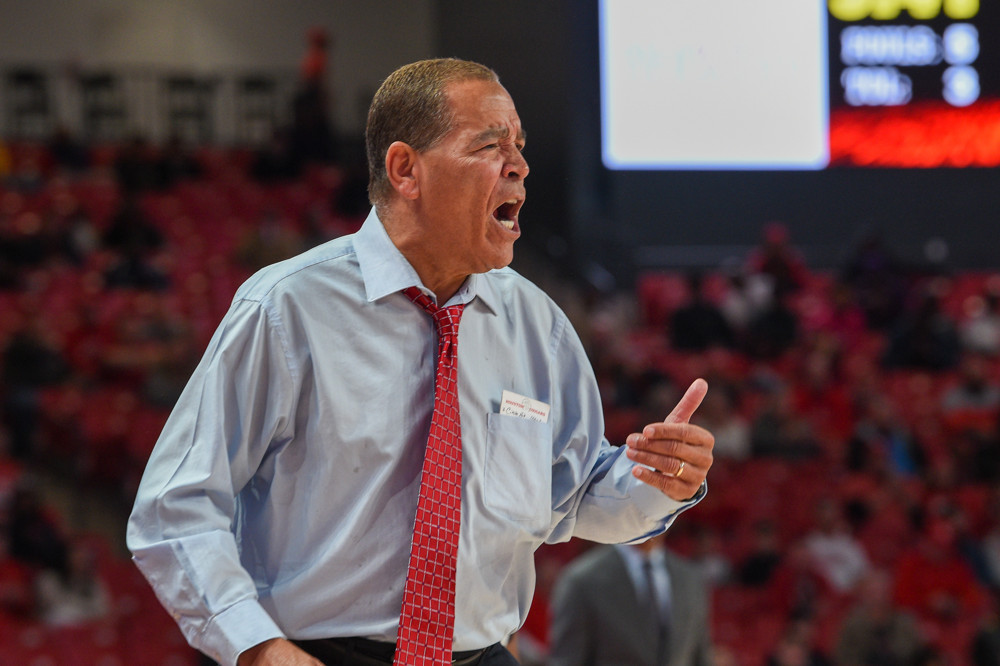 The Rauf Report details the biggest college basketball takeaways from the weekend, including a detailed look Kentucky.

We don’t generally recap games in these twice-weekly Rauf Reports, but there were several results from the weekend’s college basketball action that deserve to be highlighted.

Army-Navy is always a notable game, but on Saturday the Black Knights rallied from 27 points down to knock off the Midshipmen in overtime. It was the largest comeback in men’s D1 hoops in nearly two years and pushes Army to a 6-2 mark in the Patriot League.

Miami nearly equaled Army’s feat as the Canes came back from 26 points down against Florida State to cut the deficit to one before Isaiah Wong missed the potential game-winner at the buzzer.

That wasn’t a problem for Kansas. The Jayhawks erased a 16-point deficit against in-state rival Kansas State and won on this layup from Ochai Agbaji in the closing seconds.

Yet the game of the day was still Auburn’s victory over Kentucky. It was a high-level game that delivered on the hype. Auburn’s performance pushed them to No. 1 over Gonzaga in Monday’s AP poll.

That said, I came away from that game more impressed with Kentucky than anything else. Here’s why:

It feels like a distant memory now with the final result firmly implanted on scoreboards everywhere, but Kentucky was the dominant team most of the first half vs. Auburn.

With both Sahvir Wheeler and TyTy Washington playing their normal respective roles in John Calipari‘s rotation, the Wildcats led by as many as 10 points and were up nine when Washington went down with an ankle injury that caused him to miss the remainder of the game.

Wheeler missed a good chunk of time to be evaluated for a concussion, too, and it wasn’t until then when Auburn went on its huge run to take control of the game. Kentucky was never able to get momentum back without its full rotation.

Auburn deserves a lot of credit for the win. At the same time, the game was playing out very differently before that injury.

Auburn has the best frontcourt in the country. That said, its guard play is going to determine how far the Tigers go. Those are the players who have the ball in their hands the most and are the primary decision-makers. Auburn’s guards can be hot-and-cold and they were being clearly outplayed by Kentucky’s star duo.

Before Washington’s injury, the backcourt trio of KD Johnson, Zep Jasper, and Wendell Green Jr. was 1-for-6 shooting with three combined points and two turnovers in nearly 12 minutes.

In the 28 minutes after, they were 6-for-9 with 27 combined points and two turnovers.

Think there’s a bit of a difference there?

Again, Auburn is a great team, but I feel even better about a healthy Kentucky team than I did going into the weekend. The Wildcats have grown tremendously and are playing as well as anyone in the country when they have all their pieces.

Florida State is turning the corner

The Seminoles were 5-4 in the middle of December following a loss to a pretty bad South Carolina team. It was their third straight loss and many simply wrote this young and inexperienced group off.

Fast forward to now and Florida State has won eight of its nine games since and is in first place in the ACC following the dramatic win over Miami.

Well, that youth and inexperience got used to playing together, roles were defined, and the offense started flowing much more smoothly.

FSU came into the season ranked 239th in experience and 243rd in minutes continuity, and replacing the offense of players like Scottie Barnes and MJ Walker was an obvious question. It took a little bit of time, but Leonard Hamilton’s squad has shown significant growth on that end.

Caleb Mills has settled into his role as the go-to offensive option and is playing much more efficiently. Five-star freshman Matthew Cleveland has shifted the focus of his game inside, and that has helped the offense as a whole. Anthony Polite has stepped up, too, along with several other players.

Florida State has maintained a reliable defense all season long. Now that the offense is up to speed, the Seminoles look like a real threat to Duke and Miami in the ACC.

Kelvin Sampson is the National Coach of the Year right now

Remember when we thought Houston was doomed once Marcus Sasser and Tramon Mark were lost for the season?

The Cougars quickly disproved that line of thinking and have maintained their spot not only as the best team in the American but also as a top 10 team nationally. Houston has won nine games in a row since losing Sasser by switching its offensive approach, which we detailed in a past Rauf Report.

Kelvin Sampson deserves all the credit for that and for the way he has kept this team rolling despite the losses. It’s a testament to the program he has built at Houston. If he keeps this up, he should win National Coach of the Year.

And, yes, there is no shortage of candidates this season. Tommy Lloyd deserves praise for the job he has done in his first season at Arizona. Bruce Pearl has Auburn playing like perhaps the best team in the country. Scott Drew has overachieved despite the losses Baylor suffered this offseason and Mark Adams has Texas Tech in contention in the Big 12.

All of those guys (and plenty others) have legitimate cases and you won’t hear me arguing against them. What you will hear, though, is me standing up for Sampson.

The Cougars are a projected No. 3 seed in the NCAA Tournament and, according to KenPom, are projected to win the remainder of their regular season games. If this group holds onto a top three seed and wins the American without two stars, Sampson deserves to be justly recognized for that.

The fact Houston has remained the clear best team in the American also has ripple effects far beyond the conference’s metaphorical walls. That league typically sends multiple teams to the NCAA Tournament but, right now, the Cougars are projected to be the AAC’s only selection.

Couple this with the ACC and Pac-12 both experiencing down years and not sending their typical allotments to the NCAA Tournament, and that leaves several more at-large bids that figure to go to mid-major programs than normal.

The Mountain West typically sends multiple teams as well and the conference is in prime position for that to happen again. Colorado State appears to be a virtual lock — I haven’t been shy about how high I am on the Rams — and the league has six teams in the KenPom top 70.

Of those, Boise State has emerged as the clear No. 2 team as another likely bid from the conference.

The Broncos have won 12 straight games thanks to a top 10 defense. Only two opponents have scored more than 60 points against Leon Rice’s squad during this streak and no one has scored more than 70. They’ve beaten five KenPom top 80 teams during this stretch, too, including Washington State, Utah State, and a 42-37 rock fight against San Diego State on Saturday.

Boise State has the experience and size that is so key to its defense. The Broncos are the 14th-tallest team in the country but, more importantly, have elite size at every position. They use that length to run opponents off the 3-point line and challenge just about every shot.

Boise State has to improve offensively if it’s going to make noise once we get to March, but the Broncos have already proven they’re legitimate and worthy of NCAA Tournament inclusion.

Justin Lewis is a star in the making

Speaking of hot teams, Marquette is on a six-game win streak that includes three consecutive victories over ranked teams, which it capped with a 75-64 victory over Xavier on Sunday.

I wrote about Shaka Smart and Marquette’s 3-point shooting improvement in Friday’s Rauf Report, but I had to go back to Marquette again to write about Justin Lewis.

The second-year player has blossomed under Smart’s tutelage and his improved play has also helped spark this run the Golden Eagles are on. He has scored at least 18 points in four of these last six games after only doing so twice in Marquette’s first 14 games. Lewis was nearly unstoppable against Xavier, posting 20 points with 13 rebounds and four made 3-pointers.

After the game, Smart was quick to praise Lewis for his work on the glass.

“It’s kind of a chicken-and-an-egg thing in that, we always as coaches encourage these guys to start with defensive rebounding because that’s the end that you can control,” Smart told reporters. “But these guys are human beings. When you make a three, when you make a shot, when you make a few shots, it does energize you. Justin, I really appreciate the fact that he started the game with an emphasis on rebounding and going to grab the ball.”

Lewis’ rebounding is certainly a major plus for the Golden Eagles, but the importance of his offensive emergence can’t be overstated.

For starters, Lewis creates mismatches with his 6-7, 245-pound frame. He’s too strong for most players around his height and too quick for most players with his strength. That unique combination really helps him on the glass while his 3-point shooting (14-for-30 over the last six games) creates needed spacing in Marquette’s offense and often draws opposing bigs out to the perimeter.

Lewis has taken over as the primary offensive option over Darryl Morsell, and the two have formed a dynamic one-two punch that can hang with everyone in the Big East. This is someone who has a chance to become a national star in college basketball over the next two months.