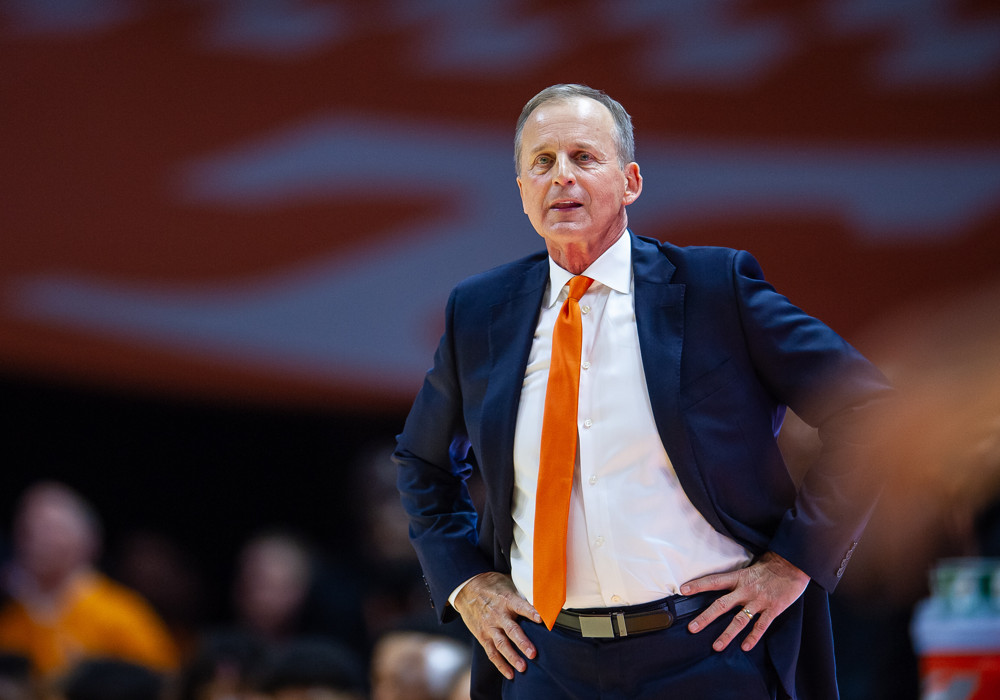 We are less than a month away from the start of the NCAA Tournament, ramping up the importance of each and every game — especially for those teams still lurking around the bubble.

That’s why teams like North Carolina can’t afford to take home losses to teams like Pitt, yet that’s exactly what happened in Chapel Hill on Wednesday night.

The Tar Heels trailed by as many as 21 points in the second half in a game that was never really close, adding a Quadrant 3 loss to their rather unimpressive resume. UNC remains without a Quad-1 win and only has two more chances to get one before the regular season ends. Right now, they may be on the outside of the bubble looking in.

Those kinds of inconsistencies are plaguing almost all the ACC’s bubble teams right now.

Virginia thought it had turned a corner after beating Miami and Duke in consecutive games, but then it was handled by Virginia Tech — kicking the Wahoos back off the bubble.

Wake Forest lost back-to-back games for the second time all season and doesn’t have another Quad-1 opportunity remaining, meaning they will end the regular season with only one Quad-1 win (in all likelihood).

Miami and Notre Dame each had close calls this week, too, limping past Louisville and Boston College, respectively. Notre Dame’s game against Wake Forest on Saturday is the only current Quad-1 opportunity either of those two have remaining.

All these teams are essentially navigating around landmines for the next two and a half weeks. With no opportunities left to improve their respective resumes, the only thing that can move the needle is what happened to North Carolina — a potentially debilitating loss.

We’ll get more into tournament resumes with the Big Ten in a second, but we have to start this Rauf Report with my top college basketball takeaway of the week.

Welcome to the trust tree, Tennessee!

I have been an avid detractor of Tennessee’s to this point in the season because of its offensive struggles. The Vols had one of the nation’s worst half-court offenses a year ago — which caused their late-season collapse — and it’s why they struggled to consistently beat good teams early this season.

I detailed those struggles in one of the season’s first Rauf Reports and said that offense would really keep me from believing in Rick Barnes’ squad.

Tennessee has won eight of their last nine games since losing by 28 points to Kentucky on Jan. 15 — including a 13-point win over the Wildcats on Tuesday — putting itself back into the mix in the SEC title race and validating its place among the nation’s better teams. Better yet, Tennessee’s offense has actually been the reason behind this surge.

Eliminating six “cupcake” games against lesser competition the Vols faced in non-conference action, look at just how much they’ve improved against teams ranked in the KenPom top 150 teams — essentially, teams in the top half of the country. Since that Jan. 15 date, there has been incredible improvement across the board.

What has been the driving force behind this change?

Tennessee is actually playing slower during this stretch, which is helping to limit turnovers. Barnes has also leaned into a three-guard lineup that allows the Vols to better space the floor and make better decisions.

Santiago Vescovi has emerged as a lethal three-point shooter, making at least three shots from deep in seven of the last nine games.

Freshman Zakai Zeigler has seen his minutes increase as well, as has his production. The 5-foot-9 point guard has scored at least 11 points in seven straight games and in eight of Tennessee’s last nine overall.

The production from those two have opened up the court for Kennedy Chandler, who has been able to attack the rim more and be a bit more aggressive.

With those changes, Tennessee now has the nation’s ninth-best offense over the last 10 games, according to Bart Torvik. This deficiency has now become a strength for the Vols, and that has raised their March ceiling significantly.

Speaking of the ceiling being raised significantly, no team in NCAA history has had a two-week stretch like the one Rutgers just had.

The Scarlet Knights have four straight wins over top 16 teams, making it the first time ever that an unranked team played and beat four ranked teams in consecutive games. No one else is the country has more than one victory against an AP top 16 team this month while Rutgers went 4-for-4.

The latest was a 70-59 victory over Illinois in a game that wasn’t even that close. Rutgers led by as many as 23 points in the second half and led from start to finish.

With that win, Rutgers is now just a game out of first place in the Big Ten. It is 6-3 in Quadrant 1 games with an 8-6 mark against the top two quadrants.

The Scarlet Knights weren’t even in the NCAA Tournament conversation a few weeks ago due to losses to DePaul, Lafayette, and UMass in November, yet they certainly look the part now.

“Sure, they are,” Illinois head coach Brad Underwood said after the game when asked if Rutgers was an NCAA Tournament team. “Sure, they are! This is the best league in the country. That’s a team that’s capable of making a very good run.”

“Rutgers has played harder than every single team they’ve played during this winning streak,” he continued. “It’s not rocket science.”

I would even go a step further and argue that Rutgers deserves to be ranked in the Top 25 even if it loses at Purdue on Sunday. It just ripped off a run unlike any we’ve ever seen and now has both more ranked wins and Q1 wins than any team that was ahead them in the “others receiving votes” category of the AP rankings, except for Marquette — and the Golden Eagles should’ve been ranked.

There are very few teams playing as well as Rutgers right now. The Scarlet Knights deserve to be rewarded.

Iowa is on the other end of the resume spectrum in the Big Ten. The Hawkeyes are 0-6 in Quad 1 opportunities but are 5-2 in Quad 2 games and don’t have any losses against the bottom two quadrants.

Most bracketologists have Iowa safely in the NCAA Tournament field (currently a projected No. 8 seed in the Bracket Matrix) largely thanks to good quality and predictive metrics. However, Iowa’s resume is more closely aligned with North Carolina’s and Virginia Tech’s due to the lack of Quad-1 wins.

The Hawkeyes have the second-highest NET ranking of any team without a Q1 victory (Houston) and are the highest ranked team with a losing record against the top two quadrants (5-8).

How can that be? When Iowa wins, it wins big, giving itself a boost in those quality and predictive metrics. The Hawkeyes have 10 wins since November and only one of those came by fewer than nine points. On the flip side, only two of their losses have been by double digits.

Four of Iowa’s six remaining games are currently classified as Quad-1 games. Eventually, they’re going to have to win one or two of those or the Hawkeyes might fall to the wrong side of the bubble conversation.

Johnny Davis is BACK

Davis was the easy choice for National Player of the Year this time a month ago. Then he went cold from the field, Wisconsin went 4-3 over a seven-game stretch, and the race really opened back up.

Illinois big man Kofi Cockburn looked to be the frontrunner at one time. Kentucky rebounding extraordinaire Oscar Tshiebwe did, too. Many other players had — and still have — very legitimate and arguable cases for the award.

Well, Davis made another firm statement in Tuesday’s win over Indiana at Assembly Hall — one that puts him back atop the leaderboard for me. The sophomore scored 30 points on 10-of-15 shooting and added 12 rebounds to lead the Badgers, but even more impressively, he scored Wisconsin’s final 13 points. He almost singlehandedly led that comeback effort.

Reflecting on the season as a whole, Davis has had more impactful and memorable moments than anyone else.

He was the star that led Wisconsin to a surprising title at the Maui Invitational in Las Vegas. His 37-point, 14-rebound performance at Purdue remains the best individual performance of the season. Tuesday’s performance might be the most impressive “completely-take-over-a-game-late” performance the country has seen in 2022. Davis is averaging roughly 25 points per game against ranked teams.

No one player has been as valuable or elevated his respective team as much as Davis has. Considering how Wisconsin struggled when he hit his cold stretch, Davis needs to be elite for the Badgers to reach their peak potential — and he has delivered more often than not on the sport’s biggest stages.

The National Player of the Year race obviously isn’t over. There’s still roughly a month before the NCAA Tournament, so there’s time for another contender to go completely berserk or for Davis to go cold again.

But Davis seems like the most likely candidate to take over the final month, too, which is a scary proposition for the rest of the Big Ten.

In the last Rauf Report of 2021, I essentially wrote that I was done talking about Memphis following a loss to Tulane that dropped them to 6-5 on the season.

Welp, here we are talking about Memphis again.

The Tigers still do have several catastrophic losses on their resume (hello Georgia, Ole Miss and ECU), but picked up a fourth Quad-1 win when they beat Houston last weekend. That’s the highlight of a six-game win streak for Penny Hardaway’s squad, which has put them back on the bubble. HeatCheckCBB bracketologist Lukas Harkins has them as one of the last four teams in the field.

Notably, Memphis has won its last four games without freshman Emoni Bates, who has missed time due to a back injury. This has also been the best Memphis has played all season — and I don’t think that’s a coincidence.

According to EvanMiya.com, the Tigers have been much more efficient on both ends of the court whenever the much-hyped freshman is not playing.

It is worth noting that Bates left high school a year early and turned 18 years old less than a month ago. His high school basketball experience was also limited to the pandemic. When he was able to play, he often was clearly the best player on the floor. Bates developed some bad habits and poor shot selection during that time, both of which have continued to plague him.

Bates is way too talented and way too young to be labeled a bust, as some are already claiming. At the same time, he has been prone to poor on-court decisions that have clearly thrown a wrench into Memphis’ offense.

The Tigers need Bates playing well to reach their full potential but, at this point in the season, I don’t foresee that happening. They might be better off holding him out and bringing him back next year and/or giving him a smaller role whenever he returns.