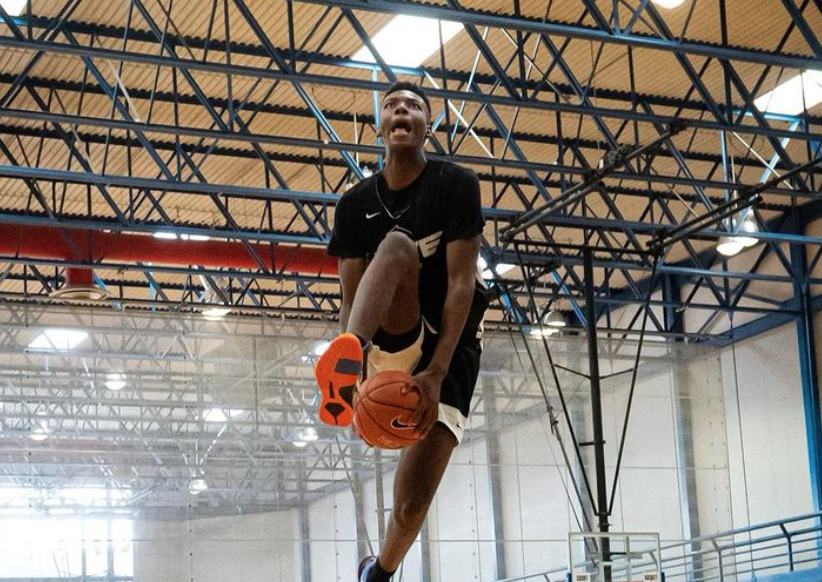 Jamie Shaw breaks down the latest in college basketball recruiting, including Alabama’s recent moves and a blue-blood commitment.

When 11th-ranked Brandon Miller announced his final five schools, it seemed everyone knew where he would be going. Alabama — the eventual landing spot — was joined by Kansas, Tennessee State, the NBL and the G-League Ignite. Miller had a huge EYBL bubble with Brad Beal Elite, where he helped to lead his team to the finals of Peach Jam. Miller joined No. 25 Jaden Bradley and started a nice chain of events.

… but the Crimson Tide missed on Jarace Walker.

Once Bradley committed, many thought Jarace Walker would also be an Alabama lock. However, Houston had done its leg work. Soon after Walker completed his unofficial visit to Alabama, it became an Auburn and Houston race to the finish line. In the end, Houston secured a commitment from the highest-ranked player in school history. Walker, the No. 12 player in the 2022 Rivals150, is a strong and lengthy forward who brings a bully nature, along with length and skill. He should be an immediate contributor to the Cougars.

Walker’s commitment also gave Houston the 10th-ranked class in 2022 via Rivals.com. He joins the No. 89-ranked Emmanuel Sharp — who will be enrolling in January — and the No. 30-ranked Terrrance Arceneaux. Talk about capitalizing on a Final Four run.

Back to Alabama. Shortly after Miller committed on Monday, Nate Oats and staff received a second commitment from Noah Clowney, the No. 43 player in the class. Clowney is a lengthy and explosive post player with toughness and a bright future.

Pringle is a late-blooming prospect, entering his freshman year of high school as a sub-6-foot guard. He is now 6-9 and 220 pounds with a 7-foot-plus wingspan. Pringle can run, is very bouncy and has great touch. Both Pringle and Clowney are already productive players as is and will grow with their upside along the front line.

Alabama now has the No. 6 class overall on Rivals.com.

Pop Pop Isaacs is a pure point guard, one who runs the team and makes everyone around him better. He was a splash commitment in early September, a top-100 player with Team USA experience.

It was also significant news when he decommitted from Texas Tech. Isaacs recently exploded for 31.3 points per game for his Las Vegas (Nev.) Coronado team in a preseason event. Keep an eye out on his next move.

Adem Bona chooses one blue blood over another

For so long, many thought Adem Bona was a lock to Kentucky. His decision seemed to nearly be a foregone conclusion from players, coaches and scouts alike. Then, things shifted toward the tail end of Dereck Lively’s recruitment, and UCLA blazed to the front of the pack, landing the significant commitment. Bona is a strong and explosive post player, not much unlike Kentucky’s Oscar Tshiebwe. The 6-9 Bona, a native of Logos, Nigeria, plays with force and ferocity.

Bona is currently ranked No. 33 in the 2022 Rivals150. He joins No. 51-ranked Dylan Andrews and No. 2-ranked Amari Bailey to give UCLA the current No. 5 class via Rivals.com.