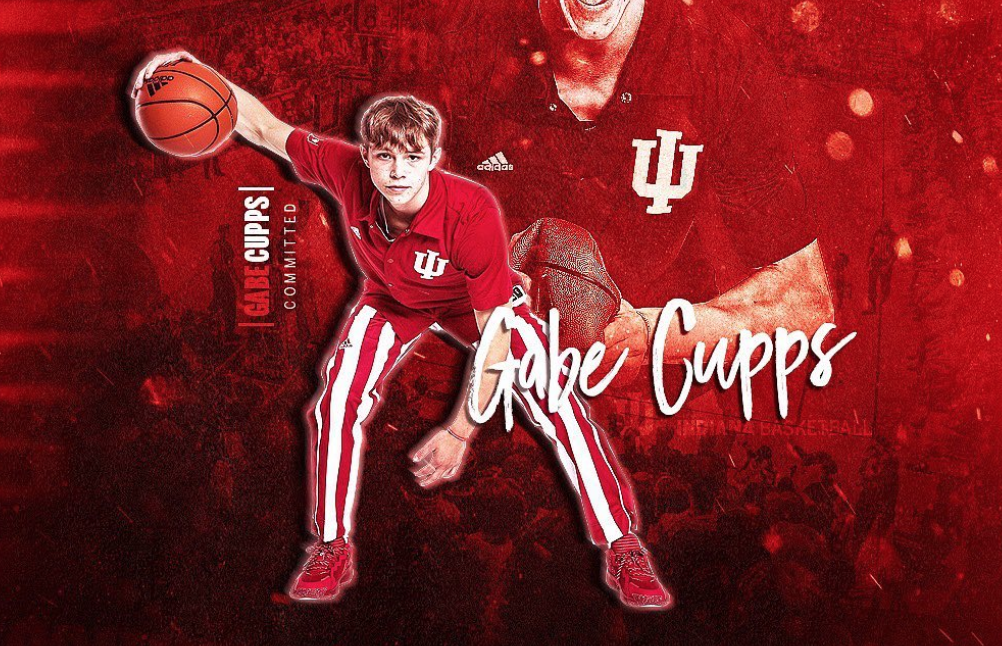 Indiana head coach Mike Woodson has a head start on the 2023 class, receiving his second Rivals150 commitment of the class in Gabe Cupps. As some may remember, Cupps was the point guard of the North Coast Blue Chips travel ball team in middle school. Cupps’ father was the coach, and the loaded team consisted of Mikey Williams, Bronny James, Jahzere Jackson, Rayvon Griffith and others.

Cupps is a 6-1 point guard and the No. 141 prospect in the 2023 class via Rivals.com. He joins 2023 No. 43 Jakai Newton, a 6-4 shooting guard, in this class for Indiana. Cupps is a steady point guard who makes excellent decisions and can shoot it with range. Mike Woodson should have already put to bed any questions about his ability to recruit.

On Nov. 4, Pop Pop Isaacs de-committed from Texas Tech only to recommit and sign with the Red Raiders on Nov. 15. When he first committed on Sept. 9, it was a significant addition for new head coach Mark Adams. The commitment was Adams’ first in the 2022 class, and the No. 99-ranked player by Rivals.com.

Isaacs is the consummate lead guard. He sees the floor, makes plays, and is never afraid of the moment. He is joined by 6-7 forward Robert Jennings in the early signing period, forming a nice class for Texas Tech.

Rodgers was a steady hand for his Meanstreets AAU team in the EYBL bubble as the 6-7 forward averaged 9.6 points, 8.9 rebounds, 3.9 assists and 1.3 steals per game. He also helped lead his team to the Peach Jam Final Four.

Rodgers is a player who is not afraid to stick his nose in and do some of the dirty work. At 225 pounds, he can handle, pass and rebound, creating unique matchup problems as well. While Rodgers may never lead a team in scoring, he will help contribute on the floor for winning teams.

Recruit of the Week

The 6-5 point guard out of Northfield (Mass.) Mount Herman picked up offers from Louisville and Pittsburgh this week. The senior has garnered some comparisons to Brandon Triche with similar frame and pace.

There was early talk about South Carolina and Xavier battling it out for Claude. But if the Putnam (Conn.) Science Academy star extends to the late signing period, the No. 129 prospect in the 2022 class could become one of the more highly sought-after recruits.