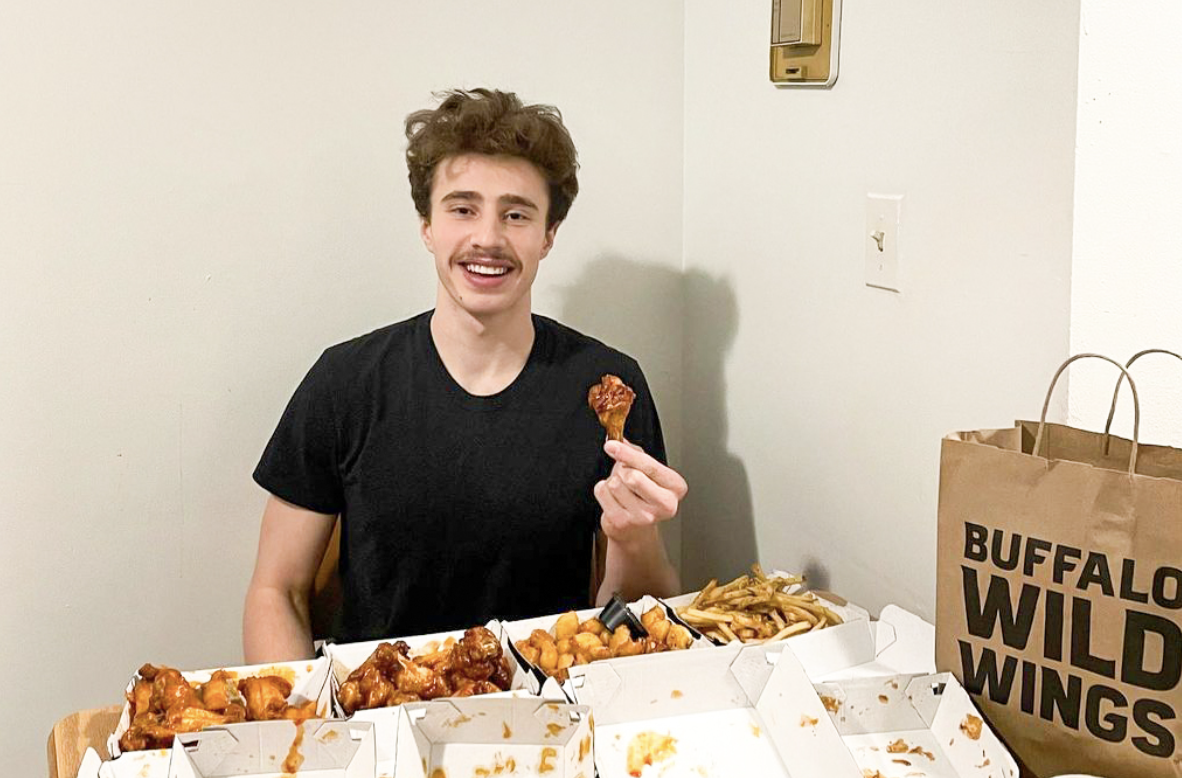 Nothing says March Madness in the 2020s quite like a mustachioed Saint Peter’s guard inking an NIL deal with Buffalo Wild Wings.

That’s exactly what happened Wednesday when Peacocks sharpshooter Doug Edert agreed to a sponsorship with the international restaurant franchise.

The announcement, which was later shared by the BWW account, can be seen below.

Edert, a junior out of Nutley, N.J., enjoyed a solid regular season for the Peacocks before jumping into the spotlight during Saint Peter’s remarkable tournament run.

He had 20 points and converted all eight of his free-throw attempts in the stunning first-round win over Kentucky and then added another 13 points in the victory against Murray State to advance to the Sweet 16. The Peacocks’ NCAA Tournament success has been deemed one of the most unlikely in the sport’s history.

As the small university out of Jersey City, N.J. has made an unlikely trip to the second weekend of March Madness, the nation has quickly fallen in love with Edert and his nonchalant head coach Shaheen Holloway. Edert is the team’s third-leading scorer and the best 3-point shooter and free-throw shooter on the roster — two skills he put on full display last weekend.

The 6-2, 185-pound Edert has appeared in 84 career games with Saint Peter’s in his three seasons, starting 23 times and averaging 8.5 points per game.