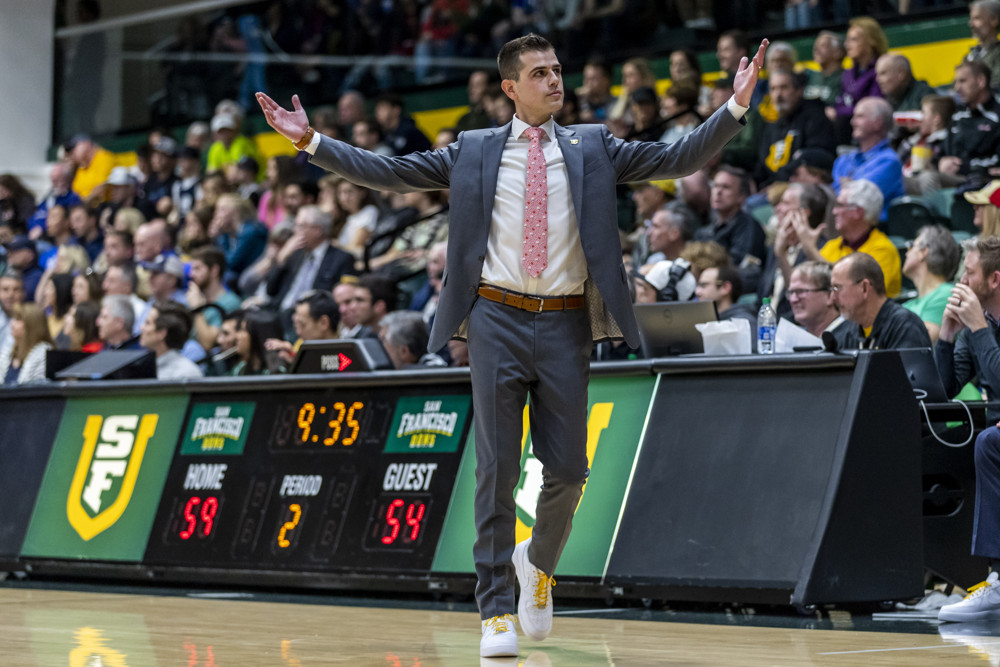 San Francisco picks up the first signature upset of the season, defeating No. 4 Virginia 61-60 in a Bubbleville matchup at the Mohegan Sun Arena in Uncasville, Conn.

The Dons used clutch shooting down the stretch, particularly from the perimeter, to pull off the huge win Friday. San Francisco finished 13-28 from 3-point range and hit six of its final eight attempts from distance.

Big man Taavi Jurkatamm was one of the Dons who caught fire late. The Estonian product entered Friday’s matchup as a 4-of-24 career 3-point shooter in 83 career games. But Jurkatamm drained two clutch triples to help USF seal the win.

“It’s just a great moment for (Jurkatamm) and I’m really proud of him,” Golden said.

Another key cog in the victory was guard Jamaree Bouyea, who tallied 18 points and six assists in 35 minutes. Bouyea was steady with the basketball as well, maintaining a high usage but did not turn the ball over a single time against Virginia’s pesky defense.

Ultimately, Virginia struggled to put the ball in the basket in important moments against a USF team that got hot late. The Cavaliers were 3-12 from deep, including just one made 3-pointer over the final 20 minutes. Justin McKoy and Reece Beekman led the team with 11 points apiece after UVa scorched Towson for 89 points in its opener on Wednesday.

With the upset, USF secured its first win over a team ranked in the AP Top 5 since 1981 when it defeated No. 2 Wichita State.