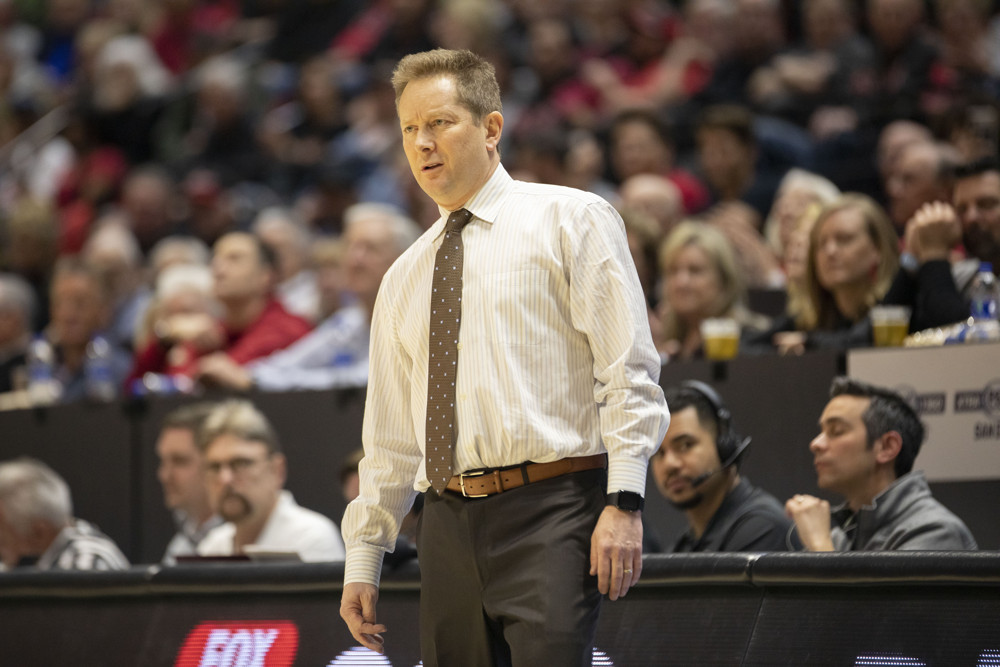 Ever seen a game-winning shot made by a player who never touched the ball? That’s what happened Thursday night when Colorado State knocked off Wyoming 74-72 at the Arena Auditorium in Laramie.

Cowboys freshman Marcus Williams tied the game up at 72 apiece on a 3-pointer with 12 seconds remaining. Following the basket, Rams guard Kendle Moore raced down the floor and scored an unassisted, go-ahead layup to lead Colorado State to a win over its conference rival.

At the time of this writing, though, CSU sophomore forward John Tonje is still being credited for the layup thanks to a bizarre scoreboard mishap that has seemingly gone unnoticed.

Fortunately, our own Andy Dieckhoff caught the error as it unfolded.

As displayed below, Tonje (red circle) is on the floor, though he didn’t touch the ball once on the game-winning possession. Moore (blue circle) and Tonje were never within arm’s length throughout the sequence either.

Nevertheless, Tonje is still the hero (so far) of this year’s Border War according to StatBroadcast, CBS Sports, ESPN, AP and others:

What happens from here is unclear. Several prominent sports media outlets have already tabulated stats from this game despite incorrectly awarding Tonje a career-high 16 points (should be 14) and Moore with 11 points (should be 13). If this error is somehow never fixed and Tonje fails to tally more than 16 points in a game the rest of his college career, Moore can claim he scored the final two points of Tonje’s career-high scoring performance.

It’s a strange gaffe in an unusual season. But it also begs the question: How often are box scores factually incorrect?

Tonje has, truthfully, been the hero already this season for the 13-4 Rams. The 6-5 Minneapolis native converted a 4-point sequence to complete a 26-point comeback against San Diego State in January. It’s still the largest comeback in D-I basketball this season.