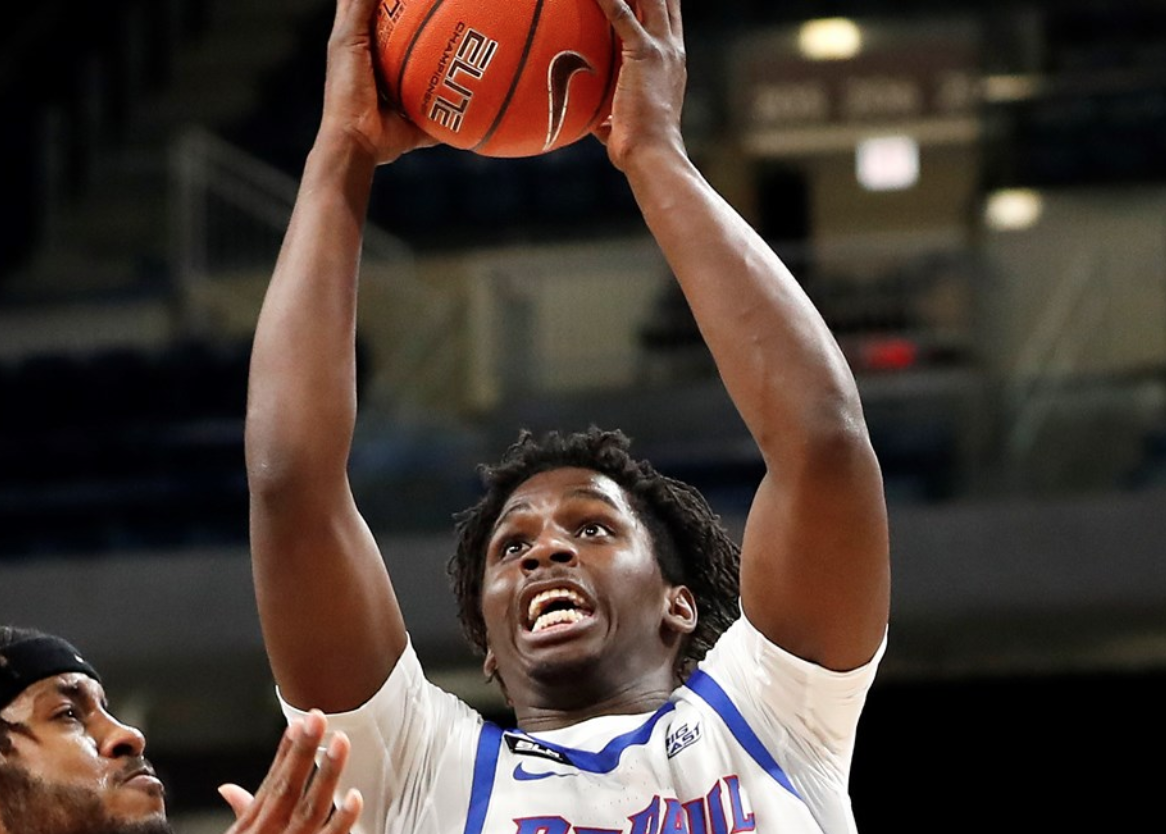 Shaw’s Sleepers: DePaul’s David Jones is ahead of schedule

After getting a jumpstart on his college career, David Jones is developing into a promising piece in the new era of DePaul basketball.

Dave Leitao left his second tenure at DePaul after a 5-14 season and a 69-102 record over his six-year stay. However, one of the last things he did for the university was bring in an unranked wing a semester early to get him ready for the years ahead.

David Jones is now a sophomore at DePaul. The native of the Dominican Republic graduated from Teays Valley (W.Va.) a semester early and enrolled at the Big East program. He appeared in his first college game on February 6 against Butler and went on to play nine games his freshman season.

When he could be thinking about prom and getting ready for high school graduation, Jones was in film sessions preparing for the grind of the Big East. It is no small task for anyone to start a senior year in high school and then finish it in college.

David Jones entered the season without any accolades, carrying no ranking from Rivals.com out of high school last year and having a modest Year 1 campaign.

However, Jones showed out in college basketball’s first week, logging a hefty 23-point, 17-rebound performance in the opener against Coppin State.

This stat line stuck out for multiple reasons: Jones is a 6-6 and 195-pound wing — not the typical build for a player capable of securing 17 rebounds. This wing also added two 3s, two blocks and three steals in the win.

To know David Jones the player, start with his background

Despite being unranked, Jones wasn’t entirely unknown as a prospect, carrying offers from Oregon, Houston, Illinois, Maryland, Louisville and others. But DePaul played chess while the others played checkers. With Jones’ senior season wiped out due to COVID, DePaul brought him in early.

Jones’ talent has been underrated for quite some time. After watching him play against Lincolnton (N.C.) Combine Academy during Jones’ junior year, I wrote the following:

“The lefty has a college-ready frame with great length. He plays with poise and toughness, but his primary skill is purely getting buckets. His scoring is translatable with range, touch and ability to create space off the bounce. He has a post-up game and is a tough rebounder as well. Jones plays with a competitive spirit — he plays with skill.”

Jones moved from the Dominican Republic to the United States early in high school, speaking very little English. He played in multiple FIBA events for his national team, including the 2018 FIBA U17 World Cup where he averaged 19.7 points and 9.9 rebounds and was the event’s third-leading scorer overall.

Due to COVID, Jones was not able to play travel ball before his senior season. However, he suited up with the Boo Williams 18U program on Nike’s EYBL circuit before his junior season. Competing against some of the nation’s best, Jones averaged a team-high 24 points per game that summer.

Jones has yet to appear on NBA mock drafts with only 11 games in his college career to date — nine of which he played when he should have been a high school senior. Through two games this season, though, it’s clear that Jones is in head coach Tony Stubblefield’s plans, playing 35 minutes per game with a 27.7 usage rate.

The raw ability is in place for Jones. He has a natural sense for scoring and a nose for the ball, similar to the precedent he set in high school and in international play.

DePaul faces Rutgers on Thursday in the Gavitt Games. With wins over Coppin State and Central Michigan, Thursday’s matchup could be a good litmus test for where Jones is at this point.

The sample size is small with Jones; he did not arrive at DePaul with a considerable reputation, and he is still new to the college experience. But be sure to monitor Jones in his career progression, which could be something special.