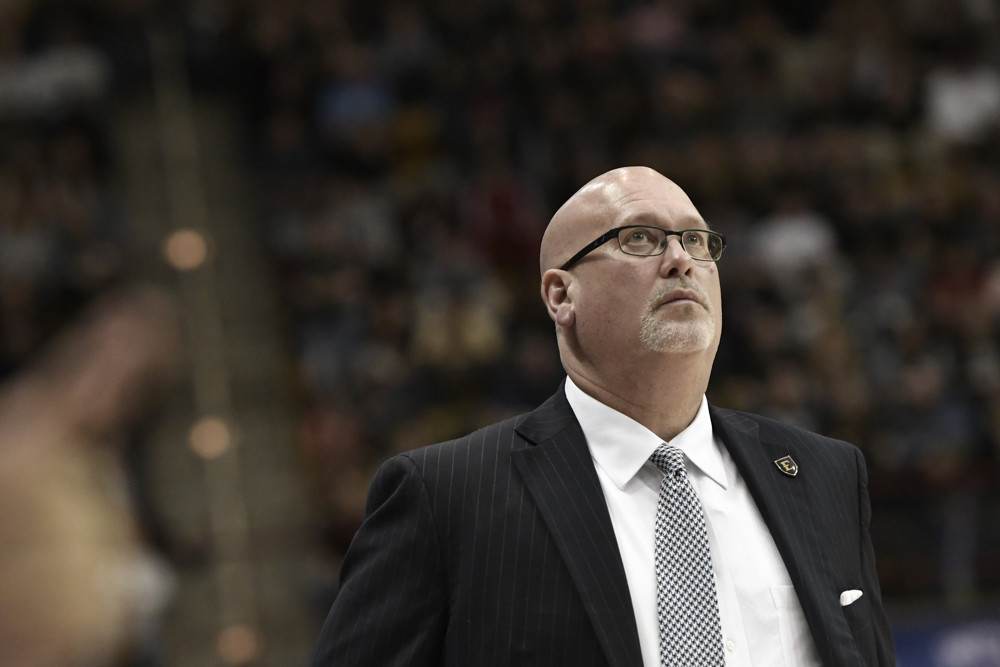 In the 1990-91 season, Dave Odom led Wake Forest to 19 wins and an NCAA Tournament appearance. It was an impressive turnaround from the 12-16 campaign in Odom’s first season in Winston-Salem.

The Demon Deacons proved to be more than a one-hit-wonder. Odom went on to guide the program to seven straight tournament bids, with Wake Forest only once earning worse than a No. 5 seed during that stretch. There were numerous top 10 rankings, numerous tournament victories, and numerous players who would go on to have terrific pro careers.

Overall, the Demon Deacons had 11 consecutive winning seasons under Odom. The momentum continued under the late Skip Prosser, who led the team to five straight tournament bids and a No. 1 ranking in the Associated Press poll during the 2004-05 campaign. Dino Gaudio, now an assistant coach at Louisville, also found success with two tournament appearances and an AP No. 1 spot to his credit during his three seasons.

The point of the history lesson should be rather clear: it hasn’t been all that long since Wake Forest basketball experienced national success.

However, for the program’s fans, the Gaudio era feels like a century ago. The Demon Deacons have had just two winning seasons and once NCAA Tournament bid in the 10 years since then, which is a drastic difference for a fanbase that had grown accustomed to winning lots of games.

The first thing that comes to mind with Forbes? He’s a proven winner. He went 62-6 in two seasons as head coach at Northwest Florida State College, where he led the Raiders to two straight appearances in the NJCAA Division I championship game. At East Tennessee State, his record was 130-43, with the Bucs winning 24 or more games in all five seasons, including hitting the 30-win mark last season.

Finding the same type of success in an increasingly tough ACC will be difficult. While the league has always been challenging, it’s becoming even more challenging in the era of conference expansion. Traditional powers in Duke and North Carolina are still flexing their muscles (aside from the Tar Heels’ stunning last-place finish a season ago), but so are programs like Virginia (technically the reigning national champions), Florida State (the reigning ACC regular-season champions), Louisville, Syracuse, and others who have joined the conference in recent years.

The strength of the ACC isn’t for the timid, but that doesn’t bother Forbes. After all, the thrill of competing against the best of the best is why he left Johnson City for Winston-Salem.

“To be a head coach in the ACC, it’s a lifelong dream,” Forbes said on a recent episode of our Marching to Madness podcast. “To get a chance to compete and coach at the highest level – that’s why I took the job.”

Of course, he didn’t exactly take the job under normal circumstances. The coronavirus pandemic has completely altered the way college basketball has operated since conference tournaments in March, and despite the return of voluntary workouts on June 1, there are still very few things that are normal about this particular offseason.

That has limited Forbes’ ability to not only start the rebuilding process but also get the opportunity to meet his players face to face.

“It’s hard,” he said. “You can talk to them, but they’re not here. That made the transition even harder. We’re just trying to build relationships with the players. In a typical job change, you come in, you get to meet with the players and work them out and talk to them individually and go to lunch with them to try to build some rapport. It’s hard to do that when you can’t see them.

Rebuilding Wake Forest into a national contender won’t be easy. Forbes knows that. Fans know that.

And rather than rush out and try to overhaul things in one season, he wants to approach the process with more of a long-term plan for success.

“You’ve gotta be careful in a rebuild going right in and signing guys that really aren’t capable down the road of playing or helping you win in the ACC,” he said. “The most important thing was to re-recruit the roster the best we could, and I thought that we did.

“Now, we’ve just gotta be patient and recruit. The difference is, you can’t flip the roster like I did at East Tennessee State. The level of play is higher, plus there’s an academic component of being a top 30 education school in the country, which is a great sell and one of the reasons why I came here. Kids not only have to be really good players, but they’ve gotta be really good students that want to great in the classroom and great on the court. It takes time to find that, and that’s kind of where we’re at right now.”

No one expects Forbes to have the Demon Deacons battling for an ACC title next season. He was hired at the end of April and hasn’t yet been able to work with his team face to face, go out and recruit nationally, or do a lot of other things first-year coaches would love to be doing at this point in the offseason.

It’s not an ideal starting point for any coach at any level. It’s especially not ideal when you’re coaching in the ACC.

Three months ago, Forbes was widely considered one of the top mid-major coaches in the sport. Now, he’s tasked with returning a program to greatness in a conference that that features multiple Hall of Fame coaches and some of the best talent in the country.

Will Forbes be able to accomplish such a Herculean task? Maybe he will, maybe he won’t.

Wake Forest’s history suggests it can be done.

And Forbes’ history suggests he may just be the right person for the job.

Blake Lovell is a national college basketball writer for Heat Check CBB and the Blue Ribbon College Basketball Yearbook. His work has been featured on The New York Times, Athlon Sports, Rivals, and many more. He hosts the Marching to Madness podcast, which has featured over 400 interviews with coaches around the country. He’s also a USBWA member. You can follow him on Twitter @theblakelovell.

View all posts by Blake Lovell