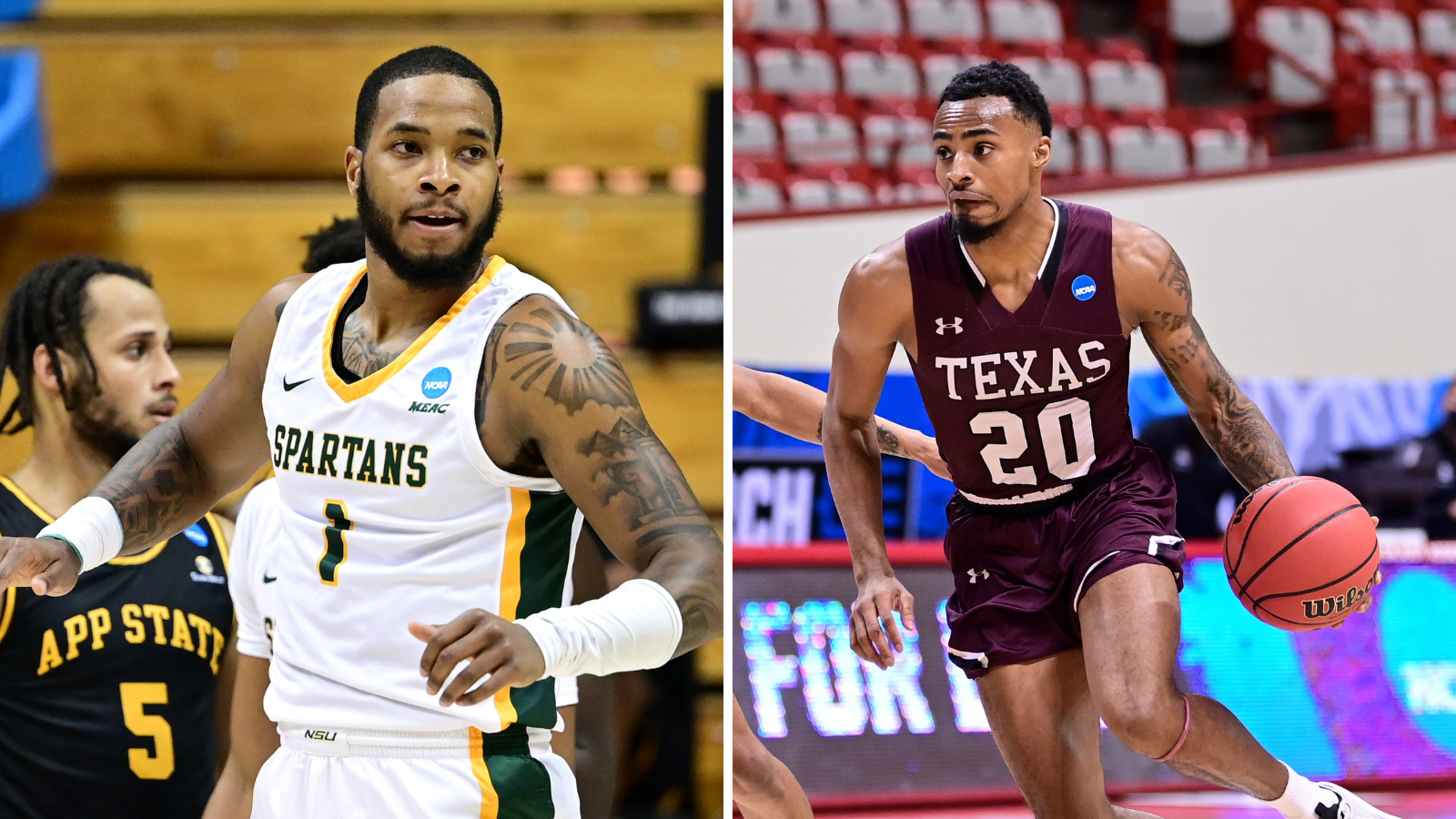 The SWAC and MEAC champs came up big in the NCAA Tournament’s return Thursday.

Texas Southern and Norfolk State made history in the NCAA Tournament’s return after a 710-day layoff Thursday.

For the first time in tournament history, teams from both of the History Black College & University (HBCU) conferences, the MEAC and SWAC, won a game in the same tournament.

SWAC automatic-bid winner Texas Southern opened things up against Mount St. Mary’s, climbing out of 30-20 first-half deficit. John Walker’s 19 points and nine rebounds led the way for the Tigers, which have won 15 of their last 16 games dating back to January.

“I feel like I’m on top of the world right now,” Walker said during the postgame press conference. “The feeling of all of the work finally paying off after all the ups and downs this year, it’s just a blessing to be able to reap all the benefits of the work.”

Texas Southern has represented the SWAC in March Madness in five of the last seven NCAA Tournaments. The Tigers’ previous tournament win came against NC Central in a 64-46 decision in the 2018 First Four.

“I’m hopeful that we played well enough that people can see the style and pace in which we play and they can appreciate our team, our program and the SWAC conference that we represented today,” Texas Southern head coach Johnny Jones said.

Jones’ squad will take on No. 1 seed Michigan on Saturday at 3 p.m. ET, eyeing the SWAC’s first March Madness first-round victory since 1993.

Later on in the evening, Norfolk State also had to scrape for tournament survival. Robert Jones’ Spartans led by as many as 19 late in the first half before trailing by two possessions with five minutes remaining.

“We knew that Appalachian State wasn’t going to go away,” Jones said in the postgame. “They came back from a big deficit earlier in the season to another opponent so we told the guys that. We got cold and they got hot and made it a basketball game.”

Devante Carter, an All-MEAC honoree this season, bounced back from missing a potential go-ahead jumper with 47 seconds remaining with a drawn foul with 10 ticks left on the clock. Carter, a 68 percent free-throw shooter, knocked home a pair of attempts to give Norfolk State the 54-53 win.

Norfolk State returns to the round of 64 for the first time since 2012 when the Spartans stunned No. 2 seed and national title contender Missouri. Its opponent Saturday will be none other than a Gonzaga team that has been ranked No. 1 in the AP poll throughout the year and is chasing college basketball’s first undefeated season since 1976.

“It’s just amazing that two HBCUs moved on tonight,” Jones said. “It’s never about me, it’s about everybody else. I’m happy for HBCUs and everybody.”