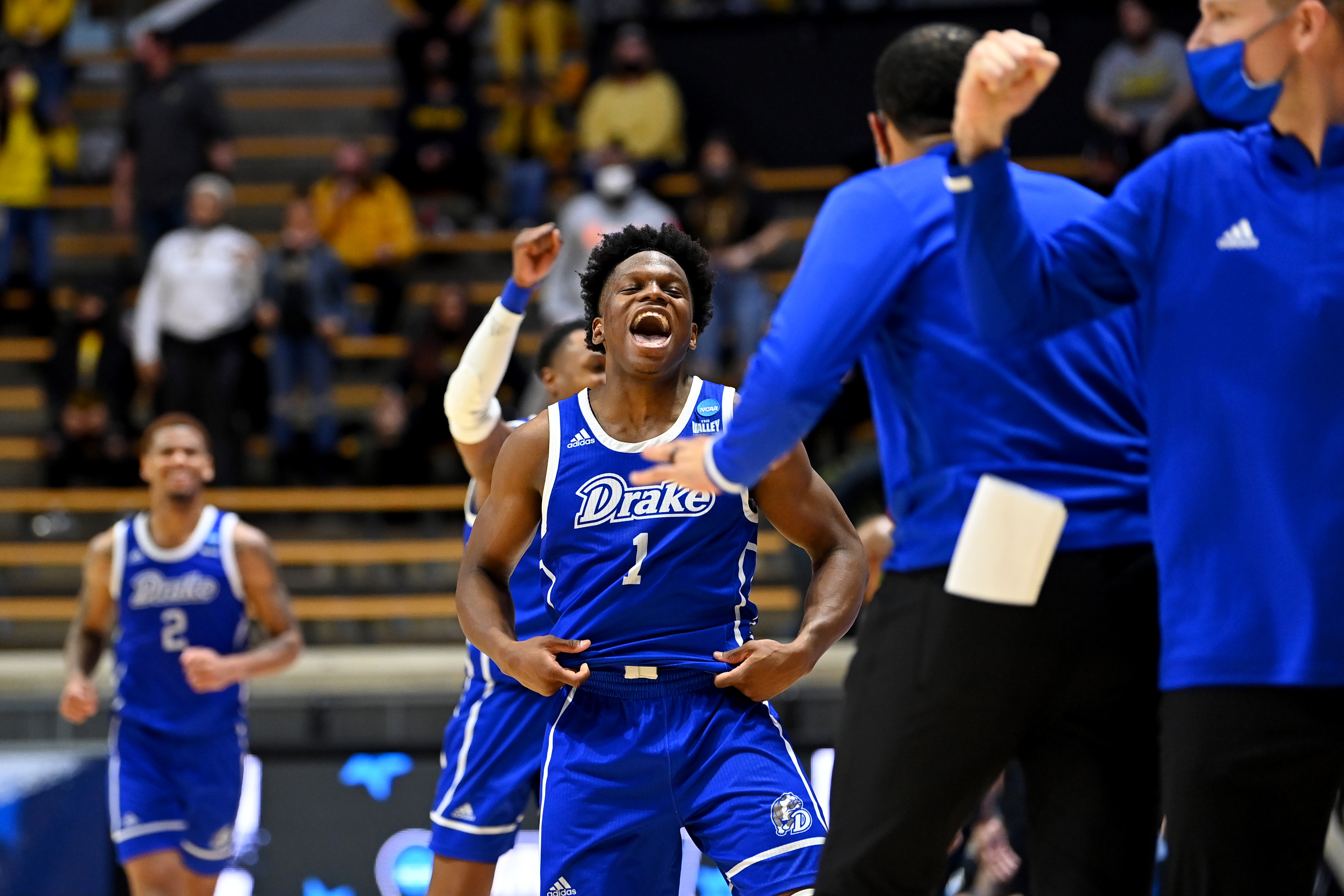 A disastrous first-half shooting performance and 12-point deficit almost proved to be too much for the Bulldogs, which clawed to a 53-52 First Four comeback win over former MVC foe Wichita State.

Naturally, it was sophomore guard Joe Yesufu who stepped up in the biggest moments. In addition to the jaw-dropping dunk below, Yesufu played all 40 minutes and led the Bulldogs with 21 points, three assists and two steals.

After playing a limited freshman role, Yesufu has embraced de-facto captain status of Darian DeVries’ squad. Drake raced out to an 18-0 start to the season but injuries to guards ShanQuan “Tank” Hemphill and Roman Penn contributed to a 7-4 finish and eventual First Four trip.

“(Penn) is my biggest mentor,” Yesufu said in the postgame press conference. “When I first came here to Drake he was constantly in my ear because he knew I could be a better player.”

With Penn out for the rest of the season and Hemphill making his first appearance in over a month Thursday night (a season-low 10 minutes), Yesufu assumed Drake’s go-to scoring role down the stretch. Yesufu averaged 23.1 points in the seven games leading up to the NCAA Tournament, growing comfortable with a heavier workload.

A pair of clutch Yesufu 3-pointers in crunch time allowed the Bulldogs to complete the comeback. He canned a triple to bring Drake within seven at 41-34 with 9:06 remaining and then drilled another perimeter shot 140 seconds later to propel the Bulldogs to its first lead since the opening minutes.

“These guys have really had to battle and fight through adversity to play their way into the tournament,” DeVries said. “This opportunity isn’t taken lightly by any of us and all year they’ve battled back from deficits and today was no different.”