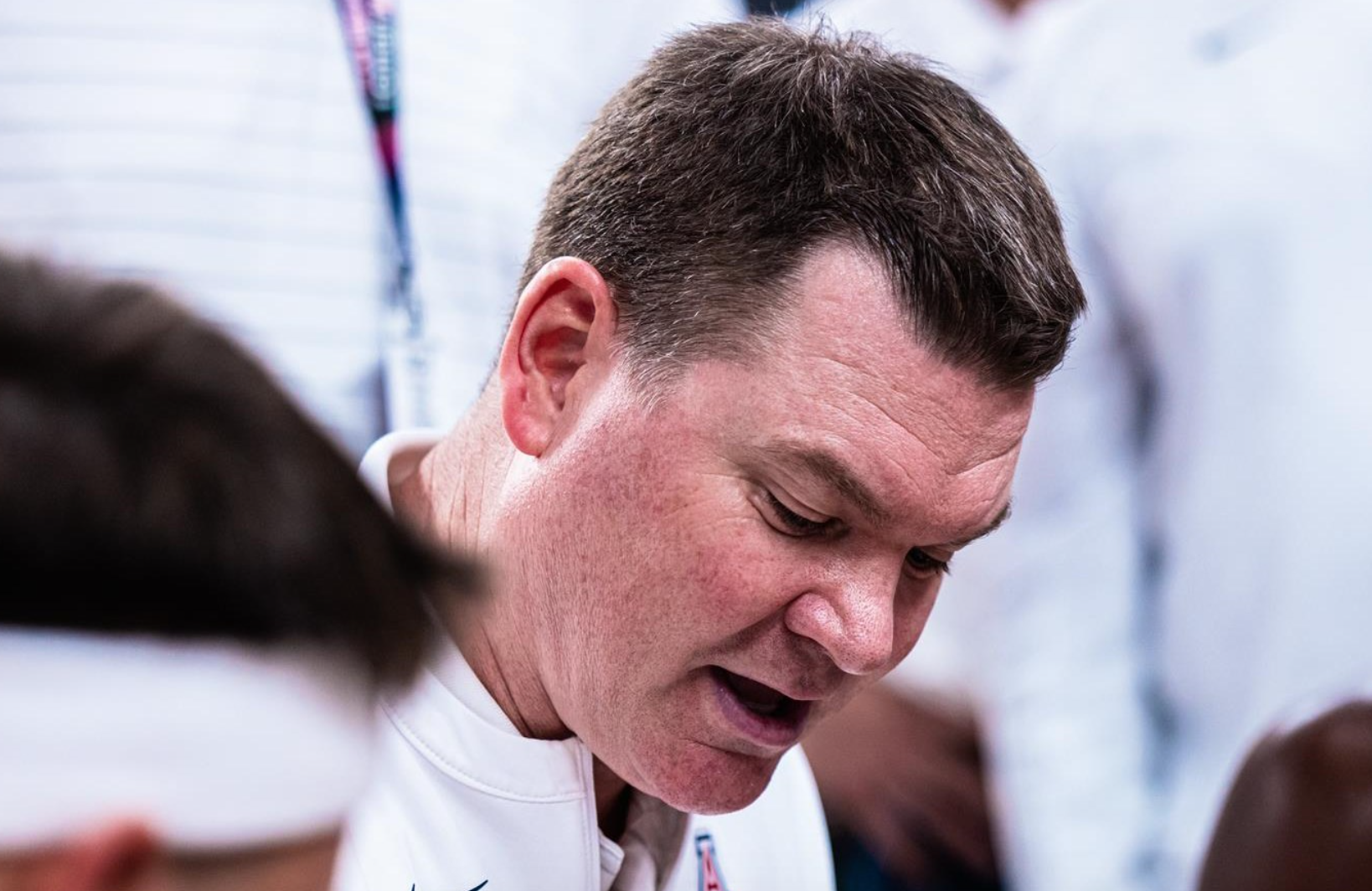 Oh, we are so back. Get your first taste of the DPI college basketball rankings of the ’21-22 season right here.

There’s simply no getting around it: last year was a strange one. In case you hadn’t heard, the world was thrust headlong into a pandemic some 21 months ago, and life hasn’t really been the same since. While there is an obvious and staggering human cost that cannot be ignored, seemingly all aspects of life have been changed in some way since March 2020 — even college basketball rankings.

Due to a slew of COVID cancelations, the dataset for the 2020-21 NCAA men’s basketball season was irreparably uneven and full of holes. Some teams didn’t play many non-league games, others didn’t play any nonconference games at all, and a few schools simply chose to sit the season out in its entirety.

This kind of chaos is how you end up with a team like Colgate sitting at No. 5 in the year-end rankings. While the Raiders certainly gave Arkansas some trouble in their first-round matchup, suffice to say, there were more than four teams that were better than Colgate last season.

Still, last year was special in that it marked the first year of The DPI Gradebook being featured here at Heat Check CBB. Good vibes aside, we’re glad to be bringing some more reasonable numbers to the table this year.

Going through the initial DPI rankings, it doesn’t take long for a few teams to stand out as being, well, very highly ranked. (Feels a little early to say “overrated,” no?)

The first among them is the first among everybody, as No. 1 Arizona tops the list of surprises in the first DPI drop. The Wildcats have been a wrecking ball through eight games, suffering only one scare — an overtime win on a neutral floor over Wichita State. Their lofty DPI grades are indeed a product of some eye-poppin’ butt-whoopin’, with the team’s average margin of victory sitting at a healthy 32.1 points.

Another team that jumps out is No. 3 LSU. Will Wade and Co. are off to a strong-ass start — in fact, it’s the strongest start in the Wade’s five years in Baton Rouge. Like Arizona, the Tigers are undefeated through their first eight, with wins over mid-major darlings such as Belmont, Ohio and Liberty. Wins over Wake Forest and Penn State also look better than anyone imagined they would back in the summer. There is likely going to be a moment where the proverbial “other shoe” drops, but for right now, there’s not a single (on-court) blemish on the LSU team sheet.

The remaining huge surprise in the top dozen teams is No. 10 Iowa. The Hawkeyes were supposed to have a down year with reigning National Player of the Year Luka Garza graduating. Instead, Keegan Murray has put the team on his back and started his own NPOY campaign. There’s still no defense to speak of in Iowa City, but when Fran’s offense runs at full-cylinder, the Hawkeyes can outscore just about anyone.

Surely for all the feel-goodery, there must be some negative takeaways from the first release of rankings. Let us feed the beast called Pessimism by highlighting a couple squads who came up lower than expected in this initial drop.

Ever the favored son among analytics folks, No. 12 Gonzaga has taken a surprising tumble down the rankings after spending all of last season at No. 1. One cause for concern is the team’s inability to force turnovers. While so much was made of Jalen Suggs’ offensive abilities, the Zags are clearly missing his 3.5 percent steal rate. Andrew Nembhard is doing some work, but he’s not the same level of defender that Suggs was for Gonzaga. That said, the Bulldogs lost to Duke and Alabama. It’s not as if they’re dropping games to Dixie State. Don’t you dare panic.

Much further down the list, there are a couple teams that may be more fraudulent than a phone call about your car’s extended warranty. Take, for example, No. 41 Arkansas. The Hogs are currently ranked No. 12 in the AP poll, but there is likely a boost being given based on name recognition. Their best wins are over Cincinnati, Kansas State and Northern Iowa. Those are fine wins, but for a team that can’t hit 3-pointers (25.8 percent) or defend them (35.3 percent), it feels like there are some holes that the AP voters are ignoring and/or just not seeing. More to the point, it feels like there are some invisible criteria that are favoring the Muss Bus early on.

Just one rung lower is No. 42 UCLA. The Bruins are ranked all the way at No. 4 in the latest AP poll, and there is no doubt that the Final Four run is still fresh in some folks’ minds. What has this team done so far, though? For East Coast readers who may have been asleep, they beat Villanova in overtime in the World’s Latest Game. They also have wins over Colorado and UNLV, but neither one is really all that valuable. More importantly, UCLA dumped a ton of negative data into the system when they took one on the chin from Gonzaga back on Nov. 23. The Bruins are probably better than the DPI thinks they are, but it’s not abundantly clear that they’re a top-five team right now, either. The truth is likely somewhere in the middle.

We love a good middie

Lest we only talk about high-majors (and one genre-transcending private school in the PNW), let’s dive into a few of the more notable mid-majors in the first rankings.

Teams like No. 15 Loyola Chicago and No. 23 Colorado State were expected to be good this year, but both have come out the gates swinging. The Ramblers did lose to Michigan State and Auburn, but they’ve been crushing just about everyone else. (Side note: It’s strange to think that a win over DePaul would mean more than a victory over Arizona State, but here we are.) The Rams, on the other hand, are still undefeated after putting away St. Mary’s over the weekend. Colorado State also holds a win over Creighton on a neutral floor, and the team absolutely molly-whopped Max Abmas and Oral Roberts in the opener. The door seems wide open for CSU to claim a Mountain West title running away.

Five other mid-majors found their way into the initial top 50, including No. 31 San Francisco, No. 32 UAB, No. 33 Wyoming, No. 34 BYU and No. 47 UC Irvine. The biggest surprise out of this group is Wyoming, which suffered its first loss of the season last night at the hands of the DPI’s top team, Arizona. While a regression is expected at some point, early wins over Washington and Grand Canyon showed that this Cowboy team is better than they have been in recent seasons. UC Irvine, meanwhile, lost to New Mexico State in the opener and have since won five straight — including wins over Boise State and an upstart Santa Clara squad.

The most notable mid-major absentees from the top 50 are No. 58 St. Bonaventure and No. 81 San Diego State. Neither the Bonnies nor the Aztecs have been terrible, per se, but they have played in too many close games for the DPI’s liking. Of course, any system built around efficiency margins will cry foul when a team fails to decimate its opponent. Until they can learn to shoot the 3-ball with more consistency, there won’t be many blowouts — meaning the DPI grades for both will continue to suffer.