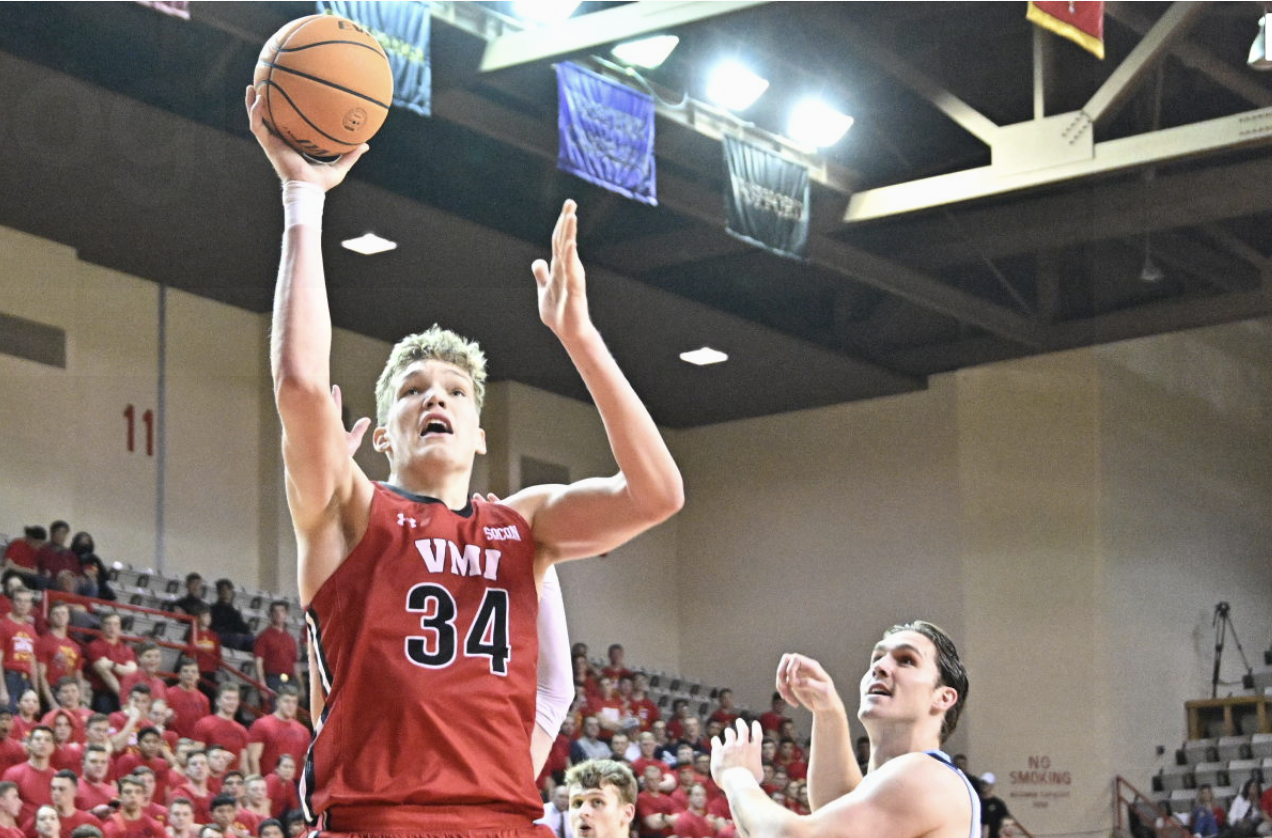 VMI’s Jake Stephens and Ohio’s Mark Sears among the biggest risers over the past week in our college basketball player rankings at The DPI Gradebook.

Before you know it, it’s going to be awards season — the time of year when (mostly) high-major players get showered in accolades. Are they deserving? Why, of course!

But the top six or seven conferences only account for roughly a quarter of the Division I college basketball scene. That leaves thousands of players from smaller schools (or, in some cases, big schools in smaller conferences) toiling in the dark.

Well, here at The DPI Gradebook, we’re fighting against the darkness and hoping to bring shine to a few lesser-known quantities around the country. In that spirit, this week’s spotlights will all go to players from outside the major power conferences.

After all, as we’ve always said: We love a good middie.

For the uninitiated, the Heat Check CBB regions are:

Thanks to another huge game from a massive unicorn, we’re going to kick things off in the Southeast Region — where our new No. 2 overall player makes his hay.

We’ve talked about Jake Stephens in these pages before, but the VMI star is forcing our hand here. Stephens just doesn’t stop producing for the Keydets, most recently dropping 39 points, 10 rebounds, five assists and three blocks on Samford. That performance thrust the 6-11 senior into our No. 2 overall ranking coming into Friday. The versatile big is ranked seventh nationally in 3-point percentage (50 percent on 126 attempts) and he is a top-75 shot-blocker (7.3 percent block rate). He also has an assist rate north of 22 percent, making him essentially unstoppable in the SoCon.

Considering Tshiebwe is a high-major darling and Stephens just got his time in the spotlight, we move to Gus Okafor and his gargantuan performance against the Islanders. Okafor had his best game as a Lion, logging a career-high 32 points, tying a career high with 13 rebounds, and recording multiple steals and blocks in the same game for just the second time in his career. SE Louisiana is sitting in third place in the Southland, and if Okafor can keep bringing it like he did on Wednesday night, the Lions will be a difficult out in next month’s conference tournament.

The West Region is filled with mid-major talent, which means that a guy like Aimaq can still get lost in the shuffle even when we look past the Pac-12. Make no mistake: what he is doing out in Orem is incredible. While Aimaq is not the only player in the country to average a double-double, his sheer volume of points and rebounds is staggering. Over the past 30 seasons, only 15 players have averaged over 18 points and 13 rebounds for a full year — a list that includes NBA stars such as Tim Duncan, Blake Griffin, Paul Millsap, Kurt Thomas, Malik Rose and Adonal Foyle. Not bad.

Who are these Pilots, and what has Shantay Legans done with the Portland we came to know under Terry Porter? Whatever is in the Willamette River water, UP is quietly surging with three consecutive WCC victories. Over the weekend, it was Robertson — who followed Legans from EWU to North Portland — taking center stage. He recorded the first and only 30-point triple-double of the season against Loyola Marymount, doing so with a perfect 5-for-5 shooting performance from beyond the arc. That was a career-high scoring night for the junior transfer.

Yes, yes, we’re going back to the Bryant well. We highlighted Charles Pride last week, and it resulted in a bad game for him — so hopefully this won’t give Peter the Kiss of death. The fifth-year senior has gone for 25 or more points in eight straight games and 10 of his last 11. That remarkable scoring run includes a career-high 37 points against Sacred Heart and another 36-point outing against CCSU. As a result, Kiss is now the nation’s scoring leader (by a full point) at 24.5 points per game. Bryant still has a very good shot at making its first-ever NCAA Tournament this year.

Nobody else seemed willing or able to stop Vermont, so Austin Williams took it upon himself to end the Catamounts’ perfect run through the America East. Williams, who was at the heart of Hartford’s first-ever Big Dance team last season, went off for a career-high 34 points with six assists and six boards in the Hawks’ overtime win. His teammate, Moses Flowers, may have gotten the game-winning tip-in, but Hartford doesn’t pull off that upset without Williams having the night of his life. The Hawks have been mired in a down year, but this win could propel them down the stretch.

It’s no secret by now that Sears is one of the favorite sons of Heat Check CBB this year, taking up the mantle left behind by the departed Jason Preston. Sears was an easy name to throw on preseason breakout lists, but while many of those candidates have proven unworthy, the Bobcat point guard has come up deserving. Since 2010, only 25 times has a player logged the 20/5/4 stat line that Sears is flirting with — a list that includes Kemba Walker, Damian Lillard, Ja Morant, R.J. Barrett and Ayo Dosunmu. Sears could follow in the mid-major steps of guys like Lillard and Morant.

You might not think about the Penguins much — they’ve never been to the Big Dance, after all — but there’s some impressive stuff happening under the radar in Youngstown. Take for example Akuchie’s career-high 34 points in a win over Detroit, which capped a six-game win streak. Thanks in large part to the fifth-year senior, the Penguins have weathered transfers and injuries to earn themselves 11 league wins, their highest-ever total in the Horizon. An improved offense is the easy explanation, with the team’s effective field goal ranking jumping up 100 spots from last season.