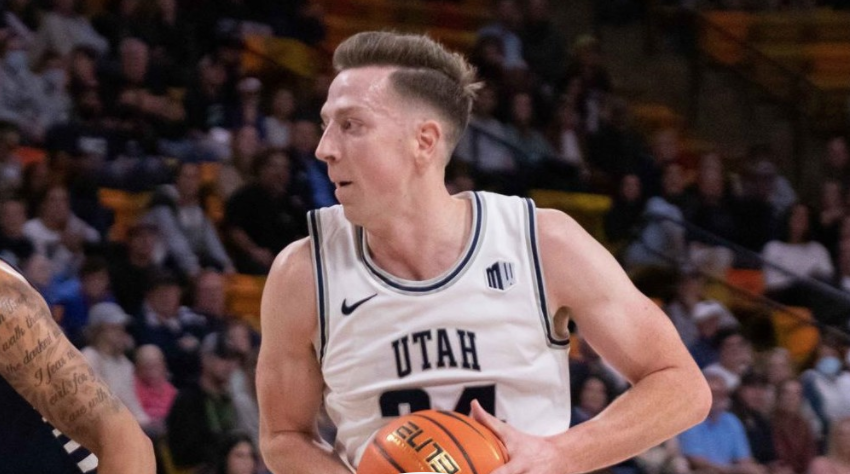 One of the things that makes college basketball so enjoyable is the tradition. Listen to how people long for the old Big East days when Syracuse was still in the fold. Those regional rivalries aren’t just about athletics, either. They become woven into the fabric of the community. Even after teams leave their old conferences, those old hatreds still simmer on the back burner.

Just because neighbors don’t play together anymore, that doesn’t mean we have to keep them completely separate.

Here at Heat Check CBB, we have decided to bring the neighborhood back together by divvying up D-1 into four separate regions for some of our coverage. Borrowing the spirit of the USBWA, we split schools up by state borders (which, admittedly, has its own flaws).

From these regions, we can better highlight how teams are doing among all their closest counterparts. Perhaps most importantly, there is no separation between high-majors, mid-majors or low-majors. Gonzaga may not play in the Pac-12, but for our purposes, the school is treated just like Washington and Washington State.

The result is that we will have better regional coverage for college basketball, complete with year-end All-Region awards and all that jazz. We will still be covering all the conference races and tournaments like normal, of course. The regions are just another perspective for looking at the college basketball player rankings landscape, and we hope you’ll enjoy the view.

The four Heat Check CBB regions are as follows:

Here at The DPI Gradebook, we will have weekly updates and insights into how each region’s players are stacking up against one another. For more information on the Gold Star Guide, read up on our explainer here.

Otherwise, let’s dive right into our regional coverage of the Gold Star Guide.

What better player to kick off our Gold Star college basketball player rankings breakdown than Hofstra’s iron man, Zach Cooks? The transfer from NJIT has played all 125 minutes in the Pride’s first three games, including taking a ranked Houston team into overtime on opening night. The Pride may only be 1-2, but that win was over a solid Duquesne team. The losses, meanwhile, came against two likely NCAA Tournament squads in Houston and Iona. Cooks is a major reason why with 22 points and nearly four assists per game.

The Johnnies’ star got this one in just under the wire, stealing the show in St. John’s loss to Indiana on Wednesday night in the Gavitt Games. Champagnie was massively efficient, shooting 6-for-12 on 3-pointers and 6-for-10 on 2-pointers. The Red Storm have a light load over the next two weeks, but the star junior will have another chance to shine in primetime when SJU plays Kansas on Dec. 3.

Ellis did not receive the same preseason publicity as teammates Jahvon Quinerly and Jaden Shackelford. Expect that to change soon, though, because he has been the Tide’s most consistent star through three games. His offensive efficiency rating of 154.4 ranks among the top 50 in the country so far, and he has made big plays at big moments in Alabama’s 3-0 start. Ellis is stepping up admirably for the departed Herbert Jones.

With all the storylines surrounding Duke these days, it might be easy to forget that Moore registered the country’s first triple-double. While he has not his those marks again, Moore has notched at least three assists in every game so far. He leads all Duke starters in offensive rating (119.1) and assist rate (29.9).

It is nothing new that Bill Self has a national title contender this year, but Agbaji’s opening week was an eye-opener. Agbaji went off for 29 points on the first day of the season in the Champions Classic against Michigan State. He followed that up with 16 points against Tarleton State. Agbaji is shooting 70 percent on 2-pointers and 46.2 percent on long balls. He also has exactly zero turnovers through two games. Forget Remy Martin — Ochai Agbaji might be Kansas’ All-American guard.

The main question mark surrounding the Bobcats was at the point guard position. Some wondered whether Sears would be able to fill the void left behind by Jason Preston. He answered those questions on Day 1 by leading the charge in Ohio’s home win over a very good Belmont team. Sears’ breakout campaign started early.

Houston has followed up on last season’s Final Four appearance by jumping out to a 3-0 start. With Quentin Grimes gone, the largest share of the offense now belongs to Sasser. As a result, the junior guard has delivered three fantastic performances, including his most recent star turn in a 20-point win over Virginia. Kelvin Sampson is one of the best in the business at keeping his program’s wheels turning, and it seems he has another potential All-American this year in the streaking Sasser.

The new-look Aggies fell flat in their opener, losing to UC Davis. After that, Bean put the team on his back in a 30-point, 14-rebound outburst to lead Utah State to a nice road win at Richmond. Alarm bells were ringing after the opening loss, so Bean’s performance helped calm some nerves in Cache Valley. Don’t be surprised to see the senior make the All-MWC first team if he keeps this level of play going.