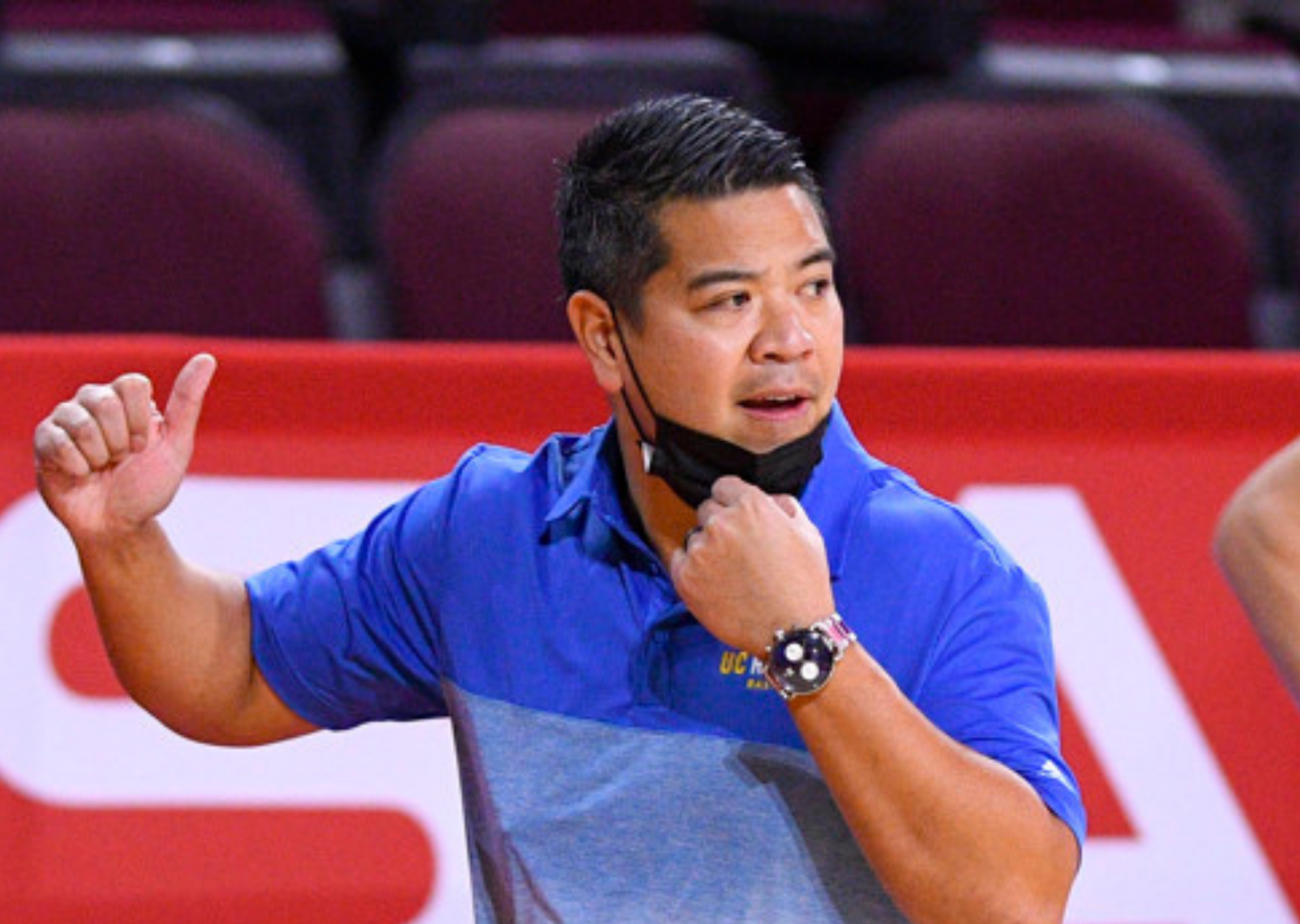 Mike Magpayo and UC Riverside are writing their own Cinderella story while aiming for the school’s first March Madness bid.

Taking advantage of opportunities has been the overarching theme of the 2020-21 college basketball season. Teams have scrambled for last-second matchups, dealt with lengthy pauses, competed in silent atmospheres, and everything in between.

Mike Magpayo and his UC Riverside squad have thrived under unusual circumstances. The Highlanders are fighting for one of the top seeds at next week’s Big West tournament, and three UC Riverside wins in Las Vegas would result in the school’s first March Madness trip ever.

As recent as nine months ago, Magpayo would have never guessed he would even be the head coach of this year’s team. On July 1, Arkansas announced that Eric Musselman had added David Patrick to his staff as an assistant. Patrick had recently completed his second season with Riverside.

“Never in my wildest dreams did I think it would happen like this but (Patrick) dropped the best dime you could ever drop,” Magpayo said on the College Basketball Heat Check on All-Access Network.

“(Patrick) set it up completely and I didn’t know (the coaching change would happen). I should’ve known because a couple months before that he promoted me to associate head coach. As you know in the coaching industry, you usually need some sort of leverage like an offer from another place (to be promoted).”

Fortunately for Riverside, Patrick passed the torch to Magpayo with a talented and eager group of players. The bulk of last year’s nucleus remained in place despite the abrupt offseason switch, which Magpayo credits to Patrick’s relationship skills and ability to recruit loyal individuals.

“When (Patrick) first told the whole team that he was leaving and mentioned that I was going to be the head coach, it was very emotional. I was crying and the players were crying. When you’re as good a recruiter as he is, of course he has the best relationship with everybody.”

The passing of the baton was a culmination of Magpayo’s steady rise in the collegiate coaching ranks. At 41, the Hacienda Heights, Calif., native and UC Santa Barbara alum is one of the youngest coaches in the nation.

Just 10 years removed from his first D-I coaching position as a Columbia assistant under Kyle Smith (now with Washington State), Magpayo is already leading Riverside to the best season in program history under unusual circumstances due to COVID-19.

Even beyond just winning games, Magpayo is cementing a legacy in the coaching world as well. When he succeeded Patrick over the summer, Magpayo became the first D-I head coach of full Asian heritage.

“When I got the job it was the furthest thing from my mind,” Magpayo said. “I didn’t even think about it and all of the sudden people started reporting that I was the first D-I head coach of full Asian heritage.”

In 2011, Magpayo founded the Asian Coaches Association, an organization aiming to “support and elevate Asian Coaches at all levels by providing a network of resources and people who can aide each other in advancing Asian Coaches professionally.”

With Magpayo already making waves at the Division-I level, it’s safe to say that the Asian Coaches Association is succeeding in its mission.

“Asian coaches back in the day were pigeonholed in that administrative role or director of operations role. That’s why I started the Asian Coaches Association to just give us a platform and help us network and help us grow and hopefully somebody would give more of us a shot on the floor.”

Magpayo combats his relative inexperience as a D-I coach by utilizing the philosophies and schemes preached by his mentors. As a product of the “Nerdball” movement, Magpayo still gameplans with the same spreadsheet files from his time at Columbia and applies coaching drills and scouting with numbers in mind. It’s translated to a squad that boasts as much length as anyone in D-I and can swing momentum with timely perimeter shooting.

Not only is UC Riverside a tremendous story given Magpayo’s career path, this Highlanders squad could be a March darling given the opportunity. Magpayo’s first career win came Dec. 1 in a thrashing of Washington in Las Vegas. In January, UCR also held a double-digit lead against projected No. 6 seed USC and battled the Trojans into overtime.

Former Washington State forward Arinze Chidom is the most notable face on the team, averaging 13.5 points and 5.5 rebounds a night. Guard Zyon Pullin is also averaging double-figure scoring while dishing out 4.3 assists per game. Chidom and Pullin are among six different Highlanders shooting better than 40 percent from 3-point range on at least 30 attempts. The average height of the six marksmen is above 6-6. As seen in the table above, the combination of length and shooting ability is especially rare at this level.

No matter how the season unfolds for UC Riverside, Magpayo has proven his worth as a capable Division-I head coach. The goal, of course, is securing the school’s first-ever tournament appearance, which would do wonders in helping the university’s dire financial state that has been further compounded by the impact of COVID-19.

The coaches and players who have proven their resiliency this season have enjoyed the most success. When it comes to Magpayo and the Highlanders, the program has made the most out of an unusual opportunity. With the elusive goal now in striking distance, the college basketball masses are pulling for a Cinderella story unlike any we’ve seen before.