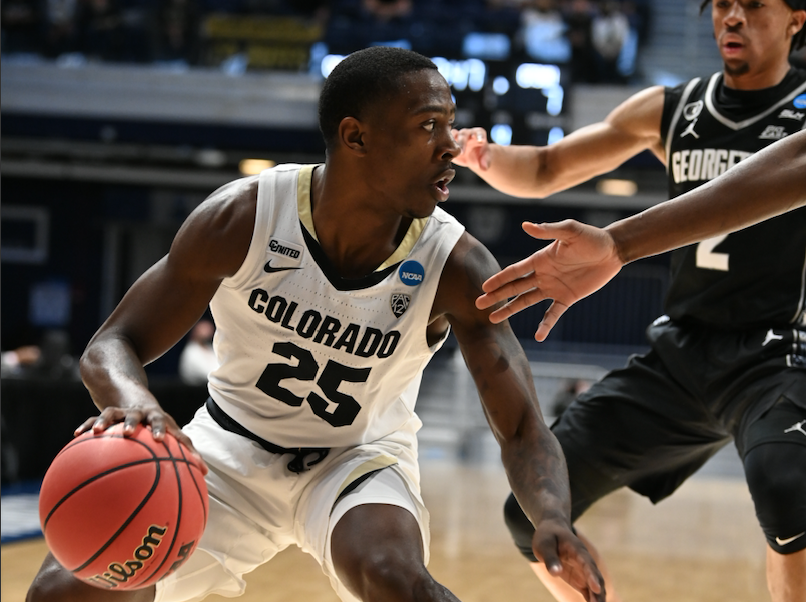 Check out the prospects that either helped or hurt their 2021 NBA Draft stock the most during the NBA Combine.

The NBA Combine is in the books. While prospects will still be meeting with and working out for teams ahead of the 2021 NBA Draft, the combine is the singular event that can unilaterally elevate or hinder someone’s draft stock.

This year was no different in that regard.

The week started with two prospects, LSU’s Cam Thomas and Kentucky’s Isaiah Jackson, withdrawing from the combine, generating rumors that both had been given a first-round promise. Those two count as winners from the week since they have essentially been told they’re getting a guaranteed NBA contract (all 30 first-round picks have guaranteed deals).

Others also had small wins, like Howard’s Makur Maker. He hadn’t played in essentially a year after Howard canceled their season after four games, and a quality performance in Chicago this week helped his draft stock.

That said, there were a handful of players who really saw their stock swing one direction or the other over the last few days. Here are the biggest winners and losers from the 2021 NBA Draft Combine:

The VCU product was the obvious big winner from the combine, impressing everyone with his play and the way he carried himself. Hyland’s all-around game was on full display in the first scrimmage in which he finished with 17 points, six rebounds, four assists, two blocks and one steal in just 23 minutes of action.

The 6-3, 169-pounder showcased excellent quickness and athleticism with good vision and feel for the game. Hyland also showed off his smooth shooting stroke and impressed scouts with how he was able to create for himself off the dribble. And, as you’d expect from someone who played for VCU, he was solid defensively, too.

Hyland also measured extremely well with a wingspan over 6-9 and an 8-5 standing reach, both of which are excellent for a point guard.

His performance all but locked up a spot for him in the first round, as I know several teams picking at the end of the first round are interested. The question now, though, isn’t if they’ll pull the trigger; they’re now just hoping he falls to them.

When Grimes arrived at Kansas as a freshman, he had buzz as a potential one-and-done lottery pick. That obviously didn’t happen and he transferred to Houston, where he won AAC Player of the Year and led the Cougars to the Final Four. His skill set as a dynamic, all-around offensive player helped turn him into a star for Kelvin Sampson’s squad, and he showcased that — and more — at the combine.

At 6-5 and 210 pounds, Grimes showed off his consistently lethal shooting stroke (7-of-12 from three in his second scrimmage) along with reliable playmaking skills, rebounding and defense. It felt like he was in control when he was on the court and was clearly on a different level than everyone else.

He tested well athletically, too. So with that, his ideal size, and all-around skill, Grimes certainly helped himself. He may not sneak into the first round, but early second round seems to be his floor right now.

Brown entered the season as a potential lottery pick. A top 10 prospect coming out of high school thanks to freakish athleticism (and phenomenal highlight tape), he was expected to star during his freshman season at Texas. The 6-9, 205-pounder started the season that way and had 24 points in the Longhorns’ Big 12 opener against Cade Cunningham and Oklahoma State.

But then he faded as his skill set and decision making didn’t develop, gradually becoming less and less a part of head coach Shaka Smart’s rotation before receiving minimal minutes in the postseason.

Those negatives were on full display at the combine, too. Brown’s insane athleticism was overshadowed by sloppy play, the inability to create for himself or others (keep in mind, he’s not a good spot-up shooter), and an overall lack of hustle or urgency.

This class does have a number of quality bigs that have done well for themselves in the pre-draft process so combined with Brown’s immense struggles, his stock is starting to drop like a rock.

Hurt is another guy who needed a solid showing at the combine and ended up hurting himself. His on-court play wasn’t anything overwhelming and reinforced some of the negative evaluations of his game. He wasn’t strong inside and was limited defensively with his lack of foot speed. Hurt didn’t shoot the lights out, either, which he needed to given the struggles he displayed in that area.

The combine testing also hurt him perhaps more than anyone else. His body fat percentage (15.2 percent) was the second-highest of the prospects measured, which is not a great thing in general, but especially so when you have a light frame.

The Duke product was not going to be a first-round pick no matter what, but his showing certainly increased the likelihood of him going undrafted.

On the flip side, Wieskamp used his shooting and size to move himself from an undrafted projection to being solidly in the second round.

He scored 26 points in his second scrimmage and hit a nice combination of spot-up jumpers and shots he was able to create for himself off the bounce. The 6-7, 205-pounder also grabbed 10 rebounds and defended adequately, proving to be more than just a one-trick pony.

Wieskamp was able to keep up athletically with other prospects that were perceived to have an advantage over him in that area, eliminating some of those concerns teams had in their evaluations.

Of the four winners on this list, Wright is the only one that didn’t have a phenomenal scoring performance in a scrimmage. Instead, he made the cut by really shining in what his role projects to be at the NBA level — a second-unit floor general who defends and makes everyone around him better.

The 6-foot, 192-pounder was one of the best defenders throughout the combine, routinely disrupting opposing offenses and ball handlers. Offensively, he excelled creating out of the pick-and-roll, making the kind of decisions he would be asked to make running an NBA offense. It was easy to see the kind of impact he’d make at the next level.