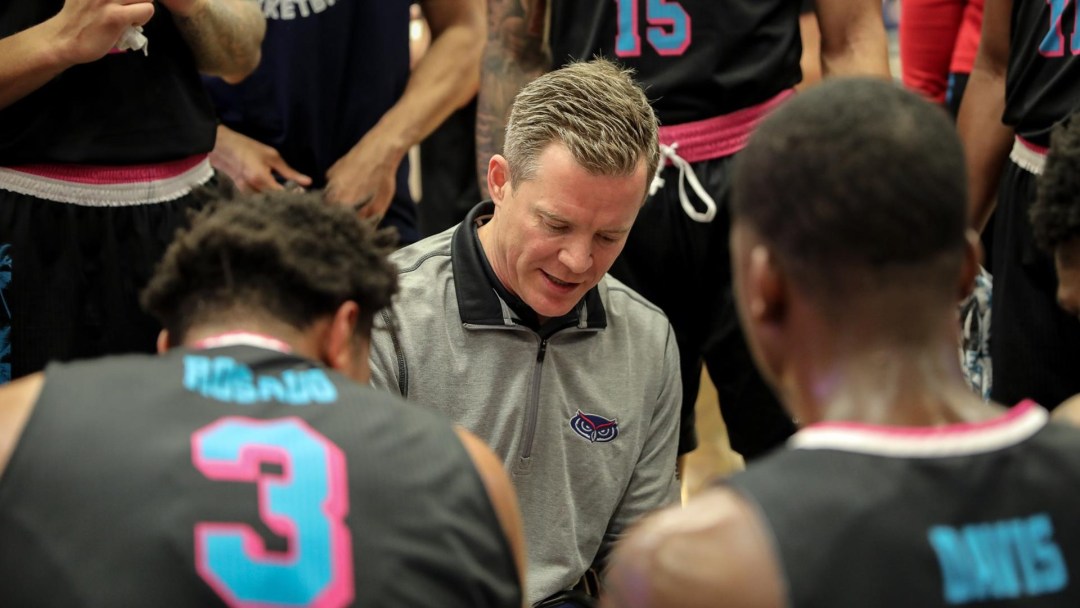 Beach Ballers: How Dusty May has transformed FAU basketball into a future Cinderella

A once-dormant men’s basketball program, Florida Atlantic is off to its best start in school history, thanks to a head coach who never thought he would be here.

The Owls of FAU have been one of the breakout surprises of the college basketball season. At 12-1, Florida Atlantic has risen all the way 11th nationally in the NCAA’s NET rankings, higher than national powers Gonzaga, Duke and Kentucky.

These feats — a program-record winning streak, surging metrics and votes in the AP poll for the first time — would have been unimaginable just a handful of years ago.

After all, Florida Atlantic is still a newborn by D1 standards. The university was established in 1961, sponsored athletics 18 years later, and made the climb to Division I membership ahead of the 1993-94 season.

FAU’s athletics success largely exists within the confines of the gridiron and baseball diamond. Men’s basketball, meanwhile, has lagged behind.

By the conclusion of the 2017-18 season, FAU had endured 13 losing seasons in 16 years, including five different head coaches during that span. Memories of the school’s only NCAA Tournament appearance in 2002 have since faded into low-resolution YouTube nostalgia.

The program desperately needed a spark.

Dusty May has been exactly that.