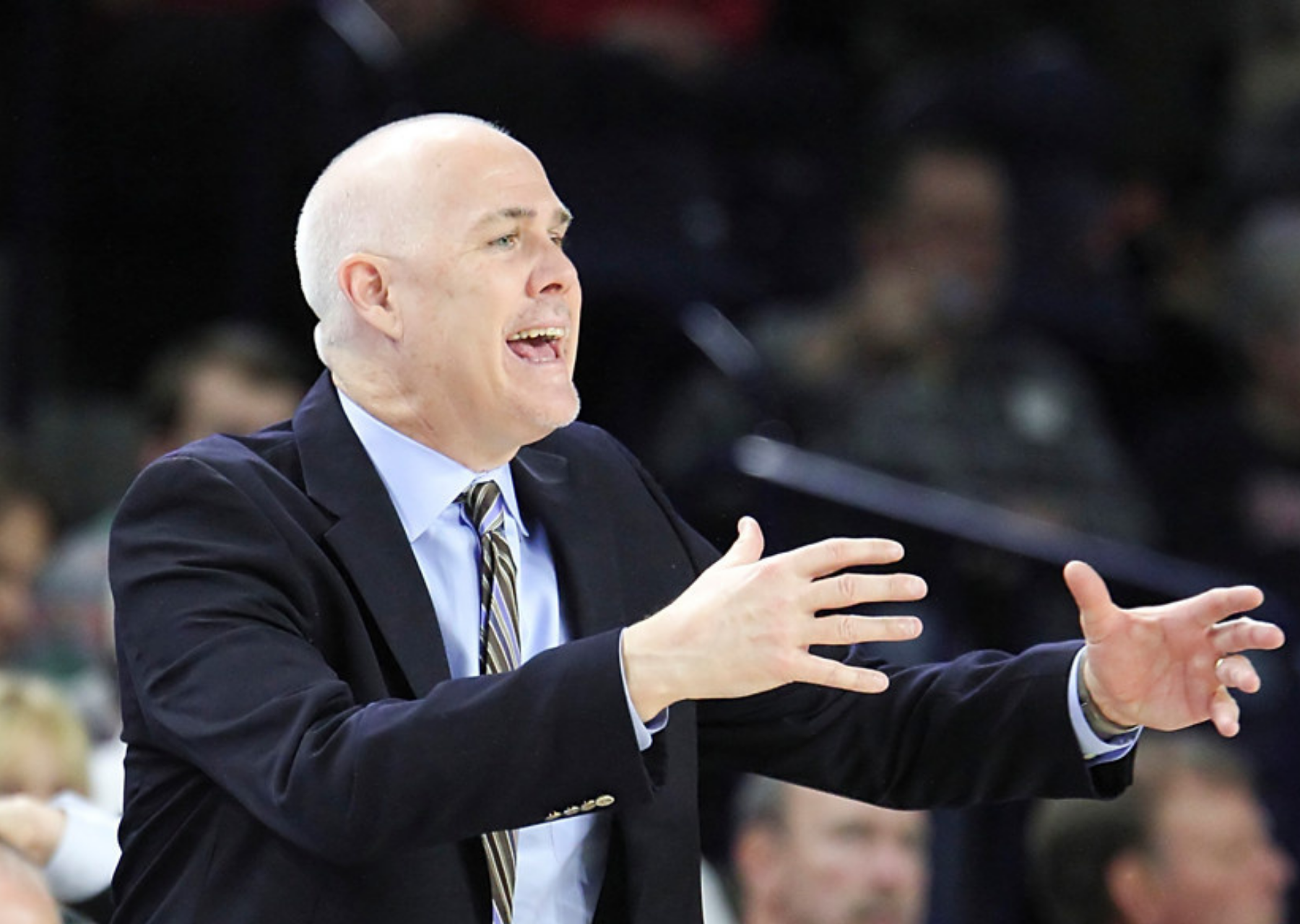 Breaking down the top five candidates to replace Jim Christian as the head basketball coach at Boston College.

This was a move that was expected. Christian was 78-132 overall in his tenure — including a 3-12 mark this year — that included only one winning season, one postseason appearance (2018 NIT), and he never came within four games of .500 in ACC play. Boston College was expected to part with him following last season but the school opted to retain him for stability amidst the pandemic.

The surprising part is the timing of the move considering the Eagles still have five games remaining on their schedule. New athletic director Patrick Kraft — who took the role this summer — wants to get a head start on the coaching search.

Assistant coach Scott Spinelli will serve as the interim head coach for the remainder of the current season and might remain a candidate for the permanent job, but he will have to thoroughly impress over the next few weeks for that to be the case. Boston College fans hoping for Bruce Pearl to leave Auburn to avoid potential NCAA sanctions and return to his alma mater will almost surely be disappointed, too.

So, who are Kraft and the Eagles targeting to replace Jim Christian? Below are the most likely candidates for the new Boston College men’s basketball head coach.

The reality is that these two are going to be tied to every major opening this offseason, including Penn State, Wichita State, and other major jobs that open.

Pitino is in his first year at Iona and has talked about wanting to spend the rest of his career there. Yes, there are a number of NCAA transgressions in his background, and Boston College might be weary to bring in someone with his history. But he is still one of the best coaches in the sport’s history and Iona opened the doors to prolong his career by biting the PR bullet and hiring him. There’s also Pitino’s strong ties to the Boston area having coached at both Boston University and for the Boston Celtics.

Beilein is another proven winner with ties to the Northeast and comes with a squeaky-clean reputation, making him an obvious choice if he’s interested — especially considering he’s available. That said, Beilein is 68 years old. Does he want to get back into coaching? Does he want to hold out for a bigger job?

Either of these two would immediately shoot to the top of the list if they show interest, but that appears unlikely in both cases right now.

Coen was an assistant at Boston College for a decade under Al Skinner before taking the head job at Northeastern in 2006, and he has been successful coaching the Huskies.

He has led Northeastern to three CAA regular season titles in the last eight years, and might be on his way to a fourth this season. That success includes two NCAA Tournaments appearances (2015, 2019) along with two trips to the NIT (2010, 2013) and a CAA Coach of the Year award in 2018.

Coen does check several boxes with his resume, from his head-coaching experience to his ties to the school and to the Boston area. But, on the downside, he has never had fewer than 10 losses in a season at Northeastern and hasn’t won an NIT/NCAA Tournament game in those four appearances. There’s a lot of like about his candidacy as a potential backup option at this point.

Another head coach currently in the city of Boston, Jones has a similar resume as Coen. He was an assistant for BC for one season (2010-11) before leaving for the BU job, where he has had success in his decade at the helm.

Boston won the Patriot League in their first season in the conference in 2014 and were on their way to the NCAA Tournament last season after winning the conference tournament before the season was canceled.

There isn’t a lot of difference between the resumes of Jones and Coen, but both are likely on the same plane as solid backup options should Boston College strike out at the top.

Eisley has become one of the most well-respected assistant coaches in the country since joining Juwan Howard’s staff at Michigan prior to last season.

The 48-year-old was a point guard for Boston College in the early 1990s before spending over a decade in the NBA and then another nine years as an assistant with three teams (Clippers, Wizards, Knicks) before joining Howard in the college ranks.

He’s had success as a recruiter and could inject some new life into a Boston College program that badly needs an upgrade in that area. Plus, having led the Eagles to the Elite Eight during his senior season, he can speak to the program having success that it hasn’t had in a long time. The only drawback here is that Eisley doesn’t have any head-coaching experience, but everything else points to him being a smart hire.

Aside from the obvious Beilein/Pearl/Pitino choices, Schmidt would seem to be as slam dunk as it gets for Boston College.

The 58-year-old is originally from Massachusetts and played for Boston College in the early 1980s. His head-coaching experience goes all the way to 2001 when he took over Robert Morris, and he’s been at the helm of St. Bonaventure since 2007. In that time, he has led the Bonnies to two NCAA Tournament appearances (2012, 2018) and won an Atlantic 10 title (2016).

His teams have also been consistent and able to maintain a high level of play over multiple seasons. St. Bonaventure has finished above .500 in A-10 play for six consecutive seasons and are on the verge of extending that streak to seven. Heat Check CBB bracketologist Lukas Harkins also has the Bonnies in the NCAA Tournament in his latest projections.

Boston College may have to wait longer than they would like to land their man because of a tourney appearance, but Schmidt would be a great choice and appears to be the early leader.