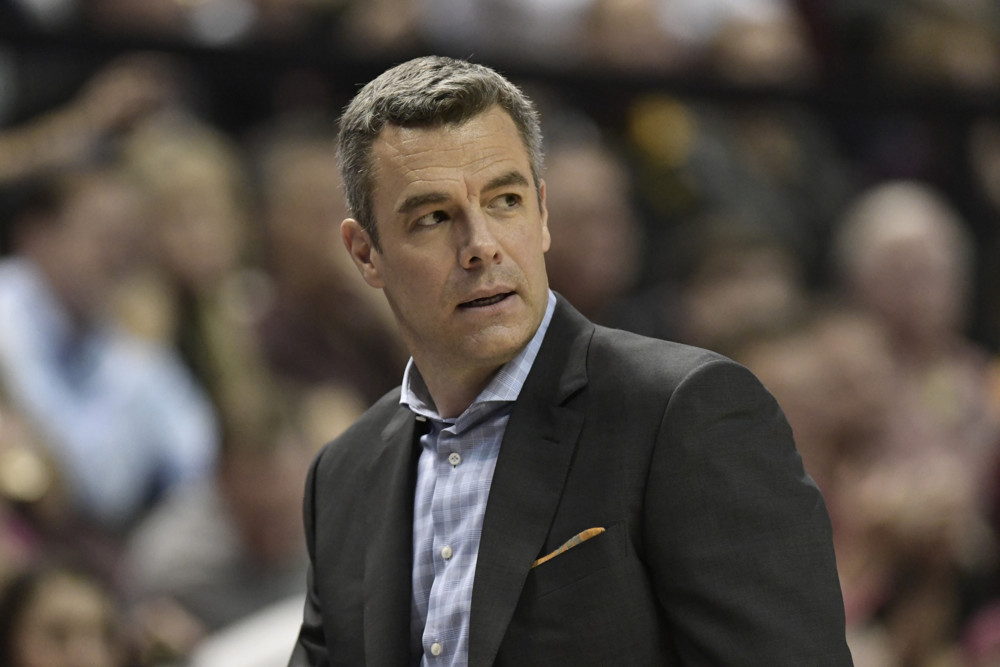 Virginia surges into the top six and Missouri falls out of the top 20 in Brian Rauf’s latest college basketball power rankings.

The NCAA Tournament selection committee released their top 16 seeds during Saturday morning’s Bracket Preview, and many of the top teams are in the exact same order as these college basketball power rankings. That’s because there’s a top group that has distanced themselves from the rest, and both Gonzaga and Baylor have distanced themselves even further from that group.

Obviously, the actual bracket will likely look fairly different on Selection Sunday given that there is still a month left of games, and that three of the teams included above lost on Saturday after the Bracket Preview was announced!

Missouri and Villanova both lost by double digits to Arkansas and Creighton, respectively, while West Virginia lost by one in double overtime to Oklahoma.

How will those results, along with everything else that happened this week, affect my power rankings? Here’s the updated top 25:

The Razorbacks have won six of their last seven games after a slow start to begin conference play and look to be moving to the right side of the NCAA Tournament bubble. Tuesday’s home matchup with Florida will be huge in that regard.

There’s no shame in losing to Kansas at Allen Fieldhouse even if the Jayhawks are struggling. The Cowboys should have a tuneup game against Iowa State before a tough close to their season (Baylor, Texas Tech, Oklahoma twice).

What are we to make of Missouri? The Tigers looked great in their win over Alabama last week only to follow it up with two subpar performances this week against teams projected to miss the NCAA Tournament field. Consistency on the defensive end is the biggest issue.

Rutgers’ loss to Iowa was their first defeat since really getting healthy in late January, and there’s no shame in losing at Carver Hawkeye Arena. A game Thursday at Michigan will be the biggest test they have left in the regular season.

I don’t want to go overboard on Loyola just yet as they are just 5-3 in Quad 1/2 games. That said, the Ramblers picked up their first Quad 1 victory on Saturday in a thrashing of Drake in which they looked incredibly impressive. With a top 10 KenPom ranking, this is not a team anyone wants to see in the NCAA Tournament.

The bottom line is that Tennessee’s offense is not good enough to win games consistently, especially against other quality teams. The good news, however, is that they won’t face another one until at least the SEC Tournament.

USC continues to cruise through Pac-12 play thanks to a top 10 defense. Freshman big man Evan Mobley has been the superstar he was touted to be coming out of high school.

Creighton avenged an earlier loss to Georgetown and made a major statement against Villanova in which they played their best game of the year. That said, it was very much in line with what has become a trend with the Bluejays, which I wrote about here.

Virginia Tech did not play this week due to a COVID-19 pause.

The Badgers were never threatened in an easy win over Nebraska. Now comes the hard part for this group — four of their remaining six games are against teams in the KenPom top five.

Florida State returned from a two-week break with an overtime win over Wake Forest. That’s not a promising sign, but we’ll give them a pass considering the break. The Noles have a huge showcase game Monday against Virginia.

Oklahoma has won seven of their last eight games with WVU being the fifth KenPom top 25 team they’ve knocked off in that span. This group can add another notch to their belt Tuesday against Texas.

That Indiana loss was not pretty for Iowa, yet the Hawkeyes bounced back with a quality win over Rutgers and a resounding victory over a struggling Michigan State team in East Lansing.

Texas took care of business against two of the three non-NCAA-Tournament teams in the Big 12. A big week awaits, starting with a road game against Oklahoma on Tuesday.

Texas Tech’s ranking was a little inflated last week due to losses of other teams in this region of the rankings and their loss to WVU — their second loss to the Mountaineers in the last few weeks — brought them back to Earth a bit. Still, this is a quality team.

I can’t punish West Virginia too much for that loss to Oklahoma, can I? The Mountaineers continue to play at a consistently high level, which I broke down in Friday’s Rauf Report.

Houston got back to taking care of business with an easy win over USF.

Alabama has the nation’s best defense, per KenPom, and just hung 115 points on a power conference opponent. Yeah, this group is good.

Villanova has now lost two of their last four games. Creighton did shoot the lights out, which happens a good amount with the Bluejays, but the Wildcats are perhaps showing their ceiling.

Virginia has quietly won 11 of their 12 games since losing to Gonzaga and are the heavy favorite in the ACC. Tony Bennett’s squad has found their groove with two big road games (at Florida State, at Duke) on deck.

Illinois did not look great in their overtime win over Nebraska, but they were saved by Ayo Dosunmu, who has emerged as a legitimate threat to win National Player of the Year over Luka Garza.

The Buckeyes don’t have any superstars but are a team that is maximizing their potential by the way they execute and play together. They have won six in a row and nine of their last 10.

Baylor did not play this week due to a COVID-19 pause.

The Zags had their toughest week of WCC play and passed it with flying colors. They’ve now won six of their last seven games on the road with all coming by double digits.