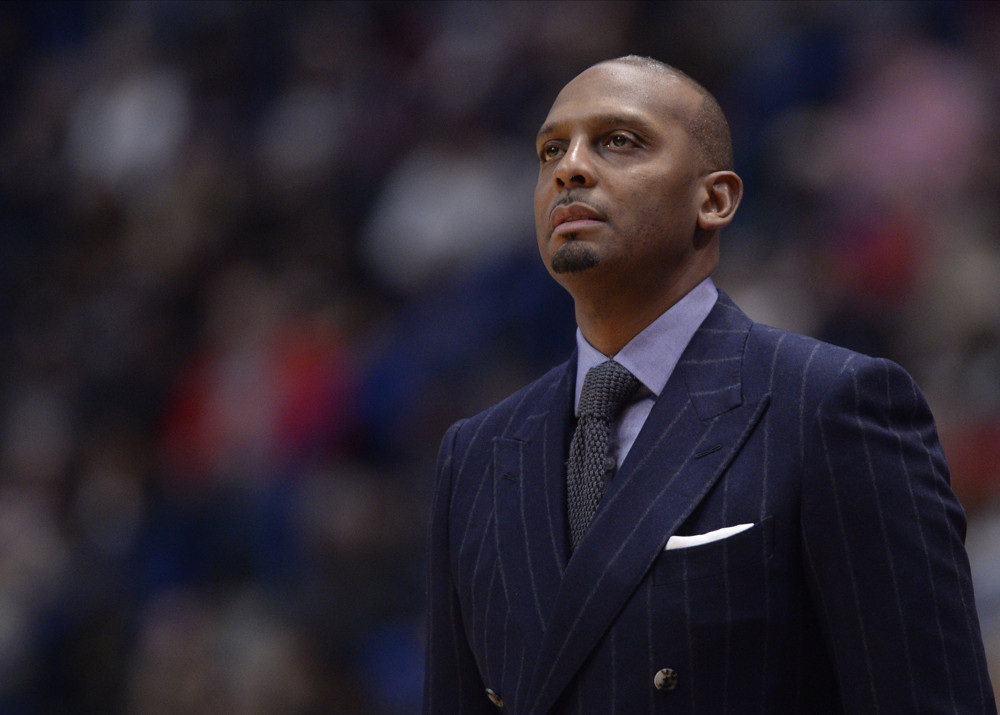 From declining free-throw attempts to the NCAA steals record to Duke’s ACC title drought, these are the college basketball stats you need to know.

The 2021-22 college basketball season gets underway Tuesday with an enormous slate of games.

Before we get underway, though, let’s check out all the college basketball stats you need to know ahead of the new campaign.

Gonzaga will begin the 2021-22 season ranked No. 1 in the AP poll, which is nothing new for college basketball fans. In fact, having been the preseason No. 1 team last year and maintaining the position the entire 2020-21 season, the Bulldogs will become the first team since UCLA in 1974 to sit atop the AP poll for over 365 consecutive days.

The national average for free-throw attempts fell to 18.3 per game last season, the fifth consecutive year the mark had declined. It broke the previous record low of 18.8 attempts per game, set during the ‘19-20 season.

Seven times in the past ten seasons, the Pac-12 landed exactly zero top-10 teams in the final KenPom rankings. Last year, however, the league was on the upswing as two teams (USC, Colorado) finished in that range, with two more (UCLA, Oregon) in the top 16. Coming into the season, the Bruins are slated at No. 7 in KenPom’s preseason projections.

Illinois star center Kofi Cockburn is back for another season after being named a second-team All-American. He led the nation in made dunks last year with 78, good for over 36 percent of his total made field goals.

Last year, Texas had the third-highest percentage of returning minutes of any program in America. Fast forward to 2021-22, and the Longhorns are bringing in a total of eight new faces from the transfer portal and high school ranks. (Oh, and you may have heard they also replaced their head coach.) While the jury is still out on whether or not Texas is back, they certainly are not running it back this time around.

Oakland guard Jalen Moore became just the seventh player since 1996 to average at least 17 points, 8 assists and 4 rebounds per game last year. Moreover, he is the first player to return for another collegiate season after a 17/8/4 average.

One of the beneficiaries of the NCAA’s extra eligibility waiver, Richmond guard Jacob Gilyard enters the season just 28 steals shy of setting the all-time NCAA men’s record. Having averaged 3.1 swipes per game in his career, the 5-9, 160-pounder could begin flirting with the record by the time December rolls around.

UNLV lost a staggering ten players to the transfer portal following a rough season and the departure of newly-minted Iowa State head coach TJ Otzelberger. The Runnin’ Rebels responded by hiring Kevin Kruger, revamping the staff and reloading with an influx of talent that included four Big 12 players, the reigning Southland DPOY and a few other proven talents from across the D-1 landscape. He doesn’t count against the scholarship limit, but rumor has it future Hall of Famer Lon Kruger will also serve as a new face around the Rebel program.

In UC San Diego’s first season at the Division I level, the Tritons used Swiss big man Toni Rocak more than any other player in the country. Rocak’s possession usage rate of 37.7 was a full two points higher than the second-ranked player, Purdue All-American Trevion Williams. Rocak also ranked third nationally in fouls drawn per 40 minutes.

In Mike Krzyzewski’s final season, Duke was named the ACC preseason favorite by the league’s media for the seventh time in the last nine years. But despite the preseason hype, the Blue Devils’ most recent ACC regular-season title came in 2010 when they shared the distinction with Maryland.

You just can’t keep some guys off the court, including four players across the country who logged over 95 percent of their team’s minutes last season. St. Bonaventure’s Kyle Lofton, Oral Roberts’ Max Abmas, Richmond’s Jacob Gilyard and Detroit’s Antoine Davis are all back for another season, so expect more Iron Man performances out of these guys.

While it’s true that you can’t teach size, you can teach positioning. Just ask Fred Thatch of Saint Louis, whose 6-3 stature made him the shortest player in the country to post an offensive rebound rate over 12 percent.

Nobody got to the free-throw line quite like Campbell’s Ricky Clemons did last year. Ricky logged a ridiculous free throw rate of 105.7 last season, per KenPom. To put that in context, Howard guard Khalil Robinson’s notched the second-highest rate at 83.3. Clemons finished the year with 93 free throw attempts compared to just 88 shots from the field.

If there were an award given to the most careful player in the country, it might have gone to San Jose State’s Trey Smith. The Spartan guard ranked third in the nation for lowest rate of fouls committed per 40 minutes and fifth for lowest turnover rate. The only other player to rank in the Top 50 of both categories was UNC Asheville’s Tajion Jones.

With Chandler Vaudrin and Ayo Dosunmu gone from the college level, Arizona State guard Marreon Jackson is the only returning player in the country to have multiple triple-doubles last season. Jackson, who transferred from Toledo to Tempe in the offseason, had 18 points, 11 assists and 10 rebounds in a Feb. 16 win over Miami (OH). A few weeks later, he smacked Ball State with a 22-point, 13-rebound, 10-assist performance.

North Carolina A&T guard Kameron Langley had the unique honor of landing on both ends of the spectrum thanks to two very different performances last year. In a Nov. 27 win over Chicago State, Langley became one of just 11 players to record a game with 11 assists and zero turnovers. Then on Jan. 31, Langley would become the only player in the country to log a game with 10 assists and 10 turnovers, though he still helped guide the team to a win over Florida A&M despite all the giveaways.

Talk about stuffing the stat sheet. Merrimack wing Ziggy Reid is the only returning player in the country to put up a 2020-21 stat line of at least 10 points, four steals and four blocks in a single game. He did so in a 29-point outburst against St. Francis on Feb. 26. The only other guy to pull that off last season was former Coppin State star and MEAC DPOY Anthony Tarke, who managed to register the 10-4-4 line four times.

He’s a chucker! On Dec. 5 last year, Oakland guard Rashad Williams set a season-high mark across all D-1 programs by attempting an eye-popping 20 3-pointers in the Grizzlies’ loss to Oklahoma State. He made 10 of them, for what it’s worth. When you’re that hot, the green light never goes off. (By the way, Williams took his talents to Saint Louis this offseason.)

Say hello to D-1’s newest team! In 112 seasons at the D-3 level, St. Thomas notched a grand total of 1,722 wins, the third-most of any men’s basketball program at that level. The Tommies’ success isn’t all ancient history, either. The program, located in Saint Paul, Minn., has won two Division III national championships in the past ten years, most recently in 2016 under current head coach Johnny Tauer.

Jahmir Young put in overtime for Charlotte last season — literally. Young played more than 40 minutes on five separate occasions last year, more than any other player in America. He made the most of all that floor time, too, scoring at least 19 points in each OT game.

Mississippi Valley State struggled to get wins last season, but they did manage to rank No. 1 in at least one statistical category. Per KenPom, the Delta Devils got 47.1 percent of their scoring from beyond the arc. That mark was nearly three percentage points higher than that of the next-highest team (Evansville). Call it a product of MVSU’s head coach, former pro Lindsey Hunter, who launched nearly 3,000 3-pointers during his 17-year NBA career.

For the first time since Grambling did it in 2012-13, Chicago State went winless last season. To be fair to the Cougars, who cut their season short after just nine games due to a depleted roster and coaching staff, their program was inordinately hit by COVID-19 issues. They will look for a fresh start under new head coach Gerald Gillion, who served as an assistant at Samford last season.