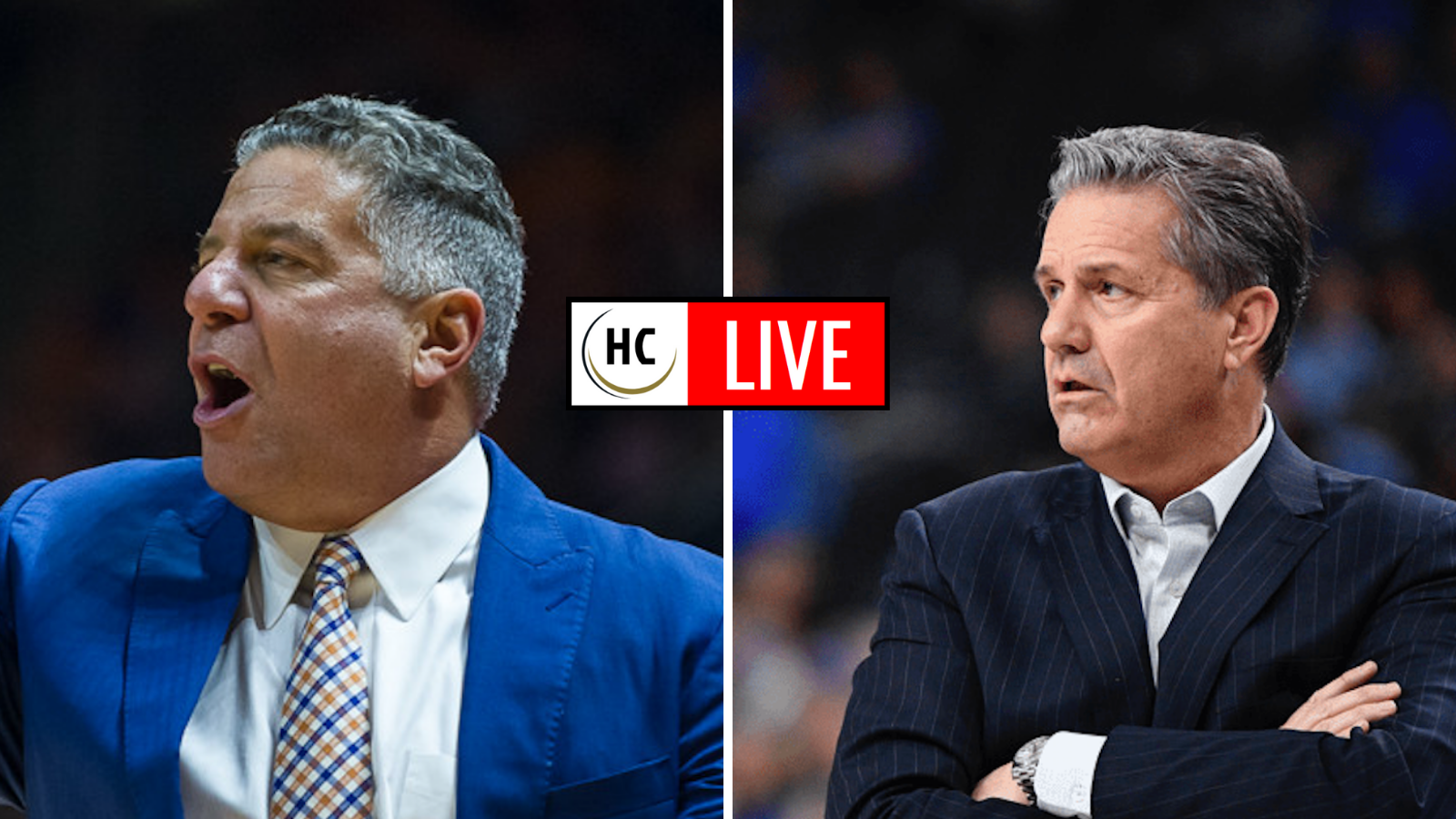 Welcome back to another college basketball Saturday! As always, we’re excited to have you join us for our Saturday live blog where we cover all the highlights, updates and scores from the day’s action.

Saturday’s slate provides a handful of intriguing matchups, particularly Baylor taking on a streaking Texas Tech group as well as a defensive-minded battle between Virginia and Clemson. Wherever you are and whoever you support, sit back, relax, and enjoy another fantastic batch of college hoops.

11:21 p.m.: There are three pretty good games going on right now on out west.

10:46 p.m.: Gonzaga has stormed back and now leads Saint Mary’s 32-25 at the half. Aaron Cook playing with experience off the bench, shooting 3-3 from the floor for 8 points, 2 rebounds, an assist and a steal.

8:16 p.m.: Alabama is in elite company after today’s big win over Arkansas:

8:05 p.m.: BYU and San Francisco are now underway on ESPN, a matchup between capable WCC squads.

7:47 p.m.: As Virginia closes out an 85-50 victory over Clemson, Wright State has now opened up a 40-22 halftime advantage over Cleveland State in a significant Horizon League matchup.

7:29 p.m.: Virginia must be back, yes? Cavaliers are absolutely dismantling No. 12 Clemson 76-37 with eight minutes to play. Yeesh.

7:01 p.m.: Eastern Kentucky and Eastern Illinois are tied up in OT right now. Here’s how we got here:

6:51 p.m.: Jaime Jaquez tried to slam the door on Washington’s upset bid, but UCLA still has work to do to hold on. Bruins lead by three under a minute.

6:21 p.m.: Baylor holds onto win and remains undefeated, staving off a Texas Tech team that was itching to pull off back-to-back upsets over Top 5 teams. Still, the Red Raiders should feel very good about this two-game stretch. And Baylor should start getting ready for Monday’s square-dance with Kansas.

6:11 p.m.: After winning possession back down six points, Texas Tech turns the ball over on a Terrence Shannon Jr. offensive foul. Shannon lowered his shoulder like Mike Alstott.

6:07 p.m.: Speaking of not giving up points… don’t expect Clemson and Virginia to get all that much higher than this. Our own Eli Boettger lauded the Tigers’ defense earlier this week.

6:06 p.m: Tennessee may never give up another point.

5:55 p.m.: Lest we ignore a Division I upset, wherever or whoever it may involve, let us please draw your attention to the Nebraska women’s team. The Huskers are currently leading #15 Ohio State by nine points at the half!

5:29 p.m.: Oh boy… Air Force is *back* against Wyoming after trailing by double digits earlier. Worth keeping an eye on if you’re a fan of Mountain West hoops!

5:17 p.m.: Big jam from Marcus Santos-Silva, and Texas Tech is back within three points! Timeout called by Baylor. This one is starting to live up to its marquee billing.

5:05 p.m.: Here’s some updates on notable games around the country:

4:58 p.m.: Baylor denied a chance to extend the lead to double digits before halftime, but their defense is on point today. 26-18 over the Red Raiders at halftime. Does Mac McClung have another game-winner in his bag of tricks?

4:55 p.m.: Charlotte had 37 points *all game* last time out against UAB. The 49ers already have 31 at the half against the Blazers today, and they lead by a point at the break.

4:50 p.m.: Greg Kampe and Oakland look like they’re going to close out a victory over Youngstown State. Grizzlies looking much better in league play after some embarrassing blowouts in nonconference. Jalen Moore with 31.

4:38 p.m.: While I’m probably going to be watching quite a bit of this Baylor-Texas Tech matchup, I am also feeling a pull toward a 57-56 Horizon League *blockbuster* between Oakland and Youngstown State. I mean, how often do you get to see a Golden Grizzly fight a Penguin??

4:26 p.m.: Butler pulls off the upset! Bulldogs get a much-needed Big East overtime victory over No. 8 Creighton.

4:10 p.m.: Butler had three good looks on its final possession but all were inaccurate. No. 8 Creighton and Butler headed to overtime.

3:26 p.m.: Creighton and Butler in a tussle over at the Hinkle Fieldhouse.

3:10 p.m.: Our very own Andy Dieckhoff wrote a quick summary about a wild overtime finish between American and Navy today:

2:41 p.m.: Surprise in the Mountain West: San Diego State, without Matt Mitchell, leads Utah State 32-22 at the break in Logan.

1:53 p.m.: Not the best Saturday afternoon for Jim Boeheim. His Syracuse Orange have allowed 52 points in the second half with still three minutes to play against Pitt.

1:43 p.m.: A couple of the noon tipoffs are tightening up: Illinois is back within single digits with seven minutes to play vs. Ohio State, and North Carolina is within three of Florida State at the under-8.

1:32 p.m.: Even with Walker sidelined, the train rolls on for the Florida State Seminoles. FSU is still hanging on to a lead over UNC.

1:12 p.m.: Florida State’s MJ Walker limps off the court after landing on a UNC player’s foot on a jumper.

12:37 p.m.: Defense is turning into offense for Florida State, which leads North Carolina by eight early.

12:26 p.m.: How about the American Eagles making some noise in their season debut?

12:21 p.m.: CBS Sports’ Jon Rothstein reporting that the Big Ten is considering moving its conference tournament from Chicago to Indianapolis, which, of course, is the site of this year’s March Madness.

12 p.m.: Big news for Pitt; Justin Champagnie is back in the starting five: