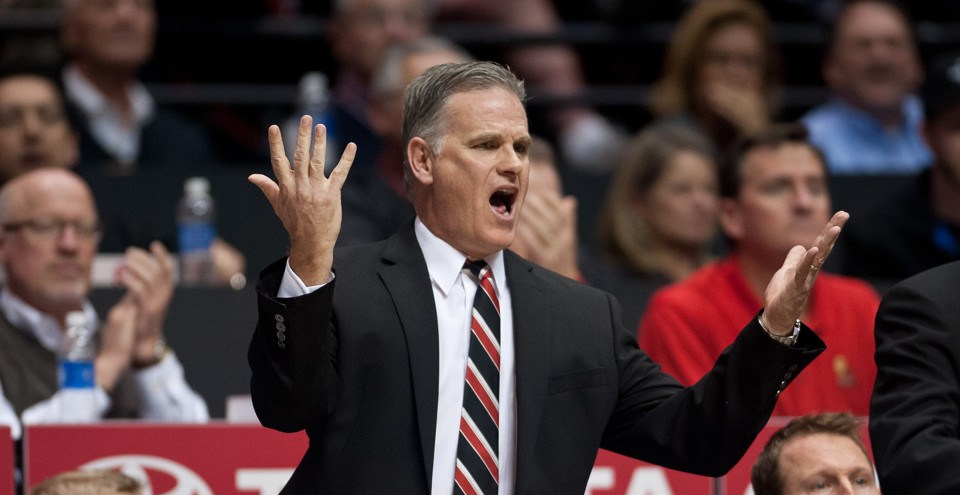 Mountain West basketball gets off to an early start Saturday morning as Utah State puts its unblemished conference record on the line against San Diego State at the Dee Glen Smith Spectrum in Logan, Utah.

Saturday’s matchup will be the second meeting in three days between these two teams, which also squared off in last year’s MWC title game. This time around, the Aggies are riding their elite defense that ranks eighth nationally in adjusted opponent points per possession. Overall, Craig Smith’s team hasn’t allowed more than 53 points in a game in nearly a month, riding a 9-game win streak that dates back to early December.

As for San Diego State, the Aztecs have already dropped two MWC contests after going 17-1 in the conference a year ago. However, with dominant nonconference victories over Pac-12 contenders UCLA and Arizona State, SDSU is hardly off the map. The big question moving forward for Brian Dutcher’s group will be the health of senior star Matt Mitchell, who suffered an undisclosed knee injury late in Thursday’s 57-45 loss to Utah State. His status moving forward is currently unknown.

—BRACKETOLOGY: Two-bid MWC
—GOLD STAR GUIDE: Queta up to No. 5
—SUBSCRIBE to

Below is all the info you need to watch San Diego State vs. Utah State on Saturday, including TV channel, streaming options and tipoff time.

What channel is San Diego State vs. Utah State today?

San Diego State vs. Utah State will be CBS’ standalone college basketball game on Saturday with NFL divisional round action coming later in the day. CBS Sports Network, however, will broadcast New Mexico vs. UNLV, which tips off at 5:30 p.m. ET.

In one of the earliest local tipoffs you will see all season, Utah State will get things going at 11:30 a.m. Mountain time in Logan, Utah. Saturday’s matchup will be the eighth conference game for Utah State (10-3, 7-0 MWC) and the sixth for San Diego State (9-3, 3-2 MWC).

This feels like a game that San Diego State needs to have in the win column. Regardless of Mitchell’s status, look for Jordan Schakel to come out of his recent shooting slump and guide the Aztecs to a tight, low-scoring road victory.