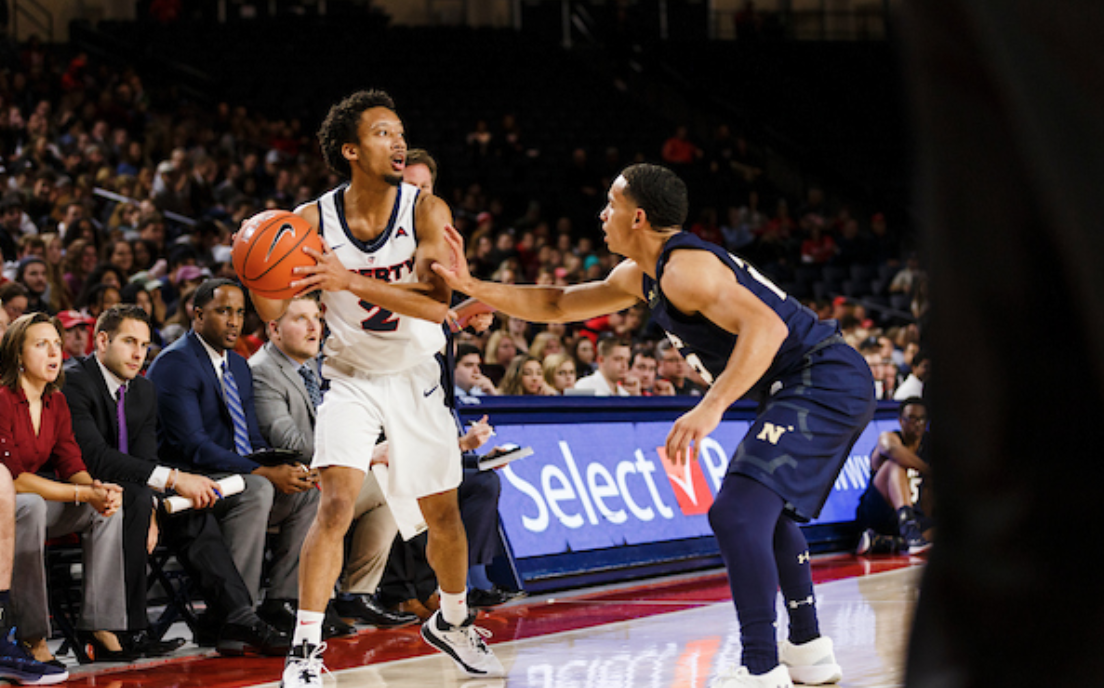 There is nothing college basketball fans love more than an underdog. In a game filled with players who are much taller than the general population, it can be refreshing to see successful players who look like them.

Let’s take a look at five mid-major players, each under 6-foot tall, who could win their respective conference’s Player of the Year award this season.

Cone burst on the scene as a freshman at Virginia Tech. After classifying up and forgoing his senior year of high school, he led the ACC in 3-point shooting at 45.7 percent. Playing only 19.9 minutes per game, Cone averaged 18.5 points per 40 minutes with a 3.2 offensive box +/- as a sophomore last season.

Northern Arizona will return all three starters from its frontcourt. Both of the program’s starters in the backcourt — who combined to take 41 percent of their shots and score 45 percent of the team’s points on the season — transferred out of the program, leaving plenty of opportunity for Kernersville, N.C. native. Also explosive, Cone has registered a 41-inch max vertical jump.

Cone was ranked as the No. 79 overall player in the 2019 Rivals150. Out of Walkertown (N.C.) High School, he chose Virginia Tech over the likes of Wake Forest, Boston College, VCU and others.

Darius McGhee is the reigning ASUN Player of the Year and the ASUN Tournament MVP. The Roxboro, N.C., native made headlines last season when he recorded a 48-inch max vertical jump making him one of the premier leapers in college basketball.

McGhee will be the central piece of a Liberty team that returns four of its top six scorers this season and finished 23-6 last season and first in the ASUN. Already with 1,052 career points, McGhee is 28th on Liberty’s all-time list, only 307 outside of the Top 10.

Trammell played his first season at Seattle U last year where he finished Top 20 in the country in scoring at 20.5 per game. Trammell finished the year first team All-WAC and also led the conference in free-throw percentage at 86.6 percent, and paced his team with 46 made threes.

Last year was Trammel’s first in Div. 1 basketball as he started his college career off at the City College of San Francisco, where he grew from 5-7 to 5-10. Seattle will return all eight of its top scorers from a team that finished 12-11 (4-5) and sixth in the WAC last season.

Trammell graduated from San Francisco (Calif.) Saint Ignatius High School where he had zero Div. 1 offers and enrolled in prep school and then JUCO as a qualifier.

While Oakland will only return one player, Moore, in double figures, it brings back four of its top six scorers from last season’s team who finished 12-18 (10-10) and fifth in the Horizon. Moore’s father William Moore averaged 12 points per game during his career at Murray State in the mid-90s.

Moore graduated from Cloverdale (Ind.) High School where he committed to Olney Central College, a JUCO in Illinois. Last season was his first in Div. 1 basketball.

Chong-Qui was voted 1st Team All-NEC and All-District last season after leading his Mount St. Mary’s team to a conference title and an NCAA Tournament berth.

Chong-Qui has quite the story of mental strength and overcoming obstacles that include his mother being shot and killed and his father being shot and paralyzed. He led the NEC in assists per game at 5.3 last season, also bringing a toughness and relentlessness to the floor while maintaining a penchant for the big play. Fort Wayne brings back four of its top five scorers, including all three who finished in double figures off last year’s 8-15 (6-14) team who finished 11th in the Horizon.

Chong-Qui graduated from Baltimore (Md.) McDunough High School and did a prep season at Bronx (N.Y.) Our Savior Lutheran. Chong-Qui walked on at Mount St. Mary’s where he played for three seasons prior to transferring to Fort Wayne.