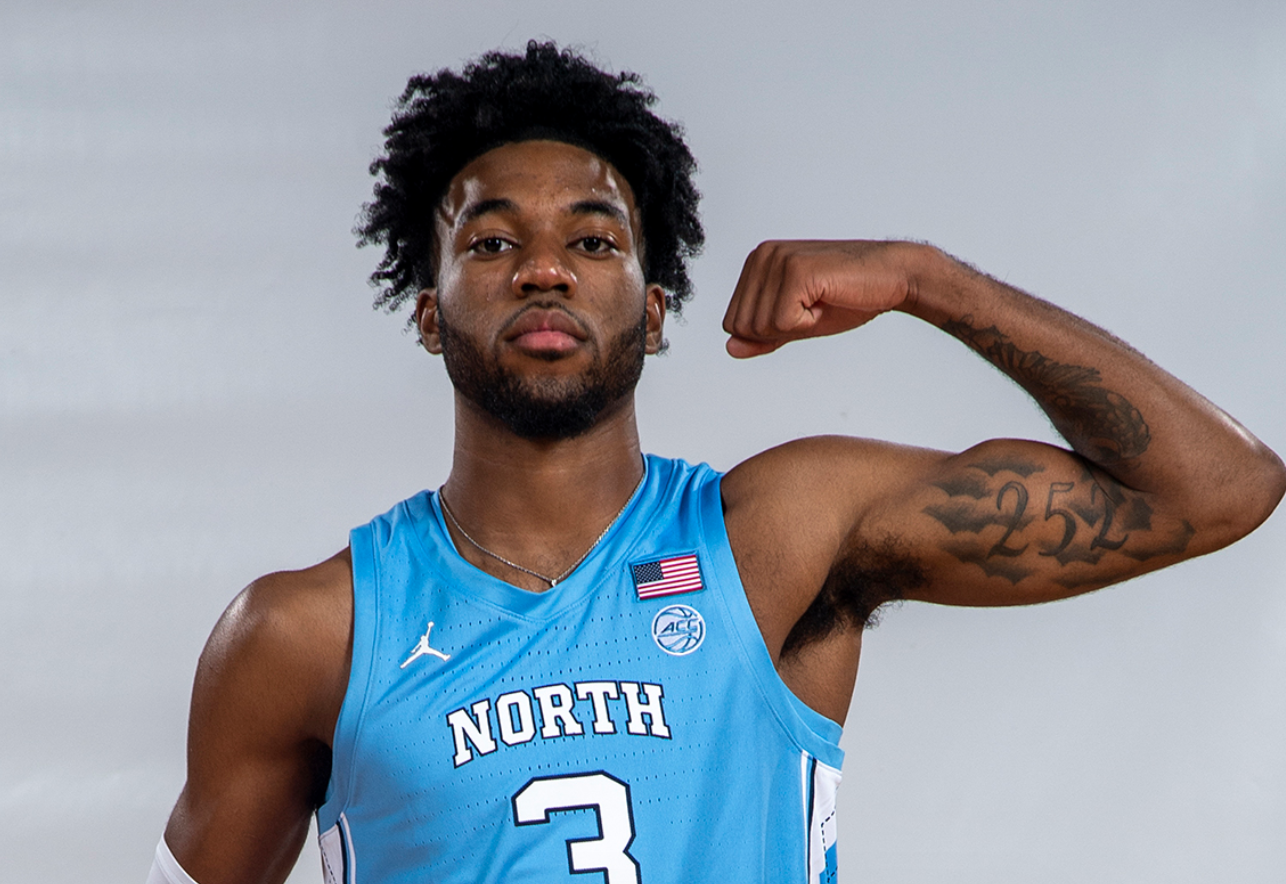 North Carolina basketball freshman Dontrez Styles may be the X-factor in guiding the Tar Heels through March.

Concerns about depth have hung over North Carolina for most of the season. Those worries only intensified when UNC announced its forward Dawson Garcia would miss time due to an illness in his family on Jan. 24.

A lack of details regarding the emergency led to speculation over the length of Garcia’s absence. Meanwhile, with him out of the fold, Hubert Davis relied upon an even shorter rotation. Big men Armando Bacot and Brady Manek saw the biggest uptick in playing time, as they averaged 33.3 and 34.7 minutes, respectively, in the first six games post-Garcia.

Then, late last week, North Carolina gave official word that Garcia would remain home for the rest of the season. This release made the Heels’ desperate need for a reliable bench piece abundantly — and undeniably — clear.

In the first game since the news broke, Hubert Davis may have found his solution in freshman Dontrez Styles.

Styles, a 6-6 wing, came to Chapel Hill with a top-70 pedigree and notoriety for highlight-reel dunks. With his combination of explosiveness and coordination, the rookie sought to bring a dose of athleticism to a UNC team more gifted in finesse than power. But perhaps most enticing for Tar Heel fans was his origin story. Styles hails from Kinston, North Carolina — a small town in the eastern part of the state known for producing NBA players.

Still, through the first three-quarters of the season, the high-flyer found it tough to get on the court. Saturday marked just the fourth time this season that Styles entered a game in the first half. But at the 13-minute mark, he was the first man off the pine — a move that would kick off a day that saw him post a career-high in both minutes and points.

From the second he stepped onto the floor, Styles brought an energy that popped off the court. While covering the game, I observed three strengths that I think will net him more minutes as UNC approaches the postseason.

Surprisingly, North Carolina ranks fifth in the ACC in offensive rebounding percentage, the first time the Tar Heels have been outside of the top 3 since 2010. Part of that comes from a schematic shift in Davis’ approach compared to that of Roy Williams. But the other part of the drop-off stems from a more pronounced lack of physicality and athleticism in the Tar Heels’ rotation. Consider the home contest versus Duke two weeks ago. The Blue Devils out-rebounded Carolina 40 to 24, often walloping the Heels with their Herculean size.

Nonetheless, Styles offers reinforcements in this area. ‘Trez seemingly embraces scrums for loose balls, navigating through bodies to secure the board. For instance, observe the play below:

Though he doesn’t get credit for the rebound on the stat sheet, his play singlehandedly sparked the fast break opportunity for RJ Davis. He soared above 7-footer Tanor Ngom to pop the ball up before besting 6-7 Cam Fletcher for another tip-out.

In the post-game press conference, Styles elaborated on his mentality while hunting for rebounds:

[It’s about] playing hard, bringing the energy that we need to be a better basketball team…[It comes down to] just being me. I’ve been a good rebounder all my life because I’m so athletic. So I just go out there and be me.

Styles’ athleticism also boosts his team’s halfcourt offense. Under Davis, the Tar Heels’ improved spacing has created opportunities for easy buckets via baseline cuts. This simple yet effective play has become a staple in the offenses of teams like Baylor and Villanova — and it looks like North Carolina is following suit.

Against the ‘Noles, Styles excelled as a cutter on two separate possessions. The first came as Bacot found him darting backdoor. After receiving the pinpoint pass, Styles demonstrated excellent body control finishing through contact.

The second basket happened when Styles got behind the backline of the defense. From there, Manek found him for a dunk that enthralled the Smith Center crowd.

Despite ranking 19th in KenPom’s adjusted offensive efficiency metric, UNC places just 163rd in 2-point percentage and 167th in free throw rate. If Styles continues to develop as a slasher, those numbers should escalate. The Heels haven’t deployed a wing with this type of vertical pop since Nassir Little donned the baby blue and argyle.

Finally, Styles should help shore up North Carolina’s much-maligned defense. Throughout the season, a variety of forwards have decimated the Heels (Nate Laszewski, Jake LaRavia, and AJ Griffin come to mind). With ‘Trez, Davis has — at the very least — another body he can throw at both 3s and 4s. While Styles’ off-ball awareness and rotations are still a work in progress, he has already shown a ferociousness on-ball in his limited minutes:

Narratives on the weakness of the ACC have been proclaimed ad nauseam. But the truth in those takes makes for a low margin of error for UNC’s tournament hopes. If Styles can build upon this momentum, he just might make the difference between an NIT disappointment and an NCAAT run.