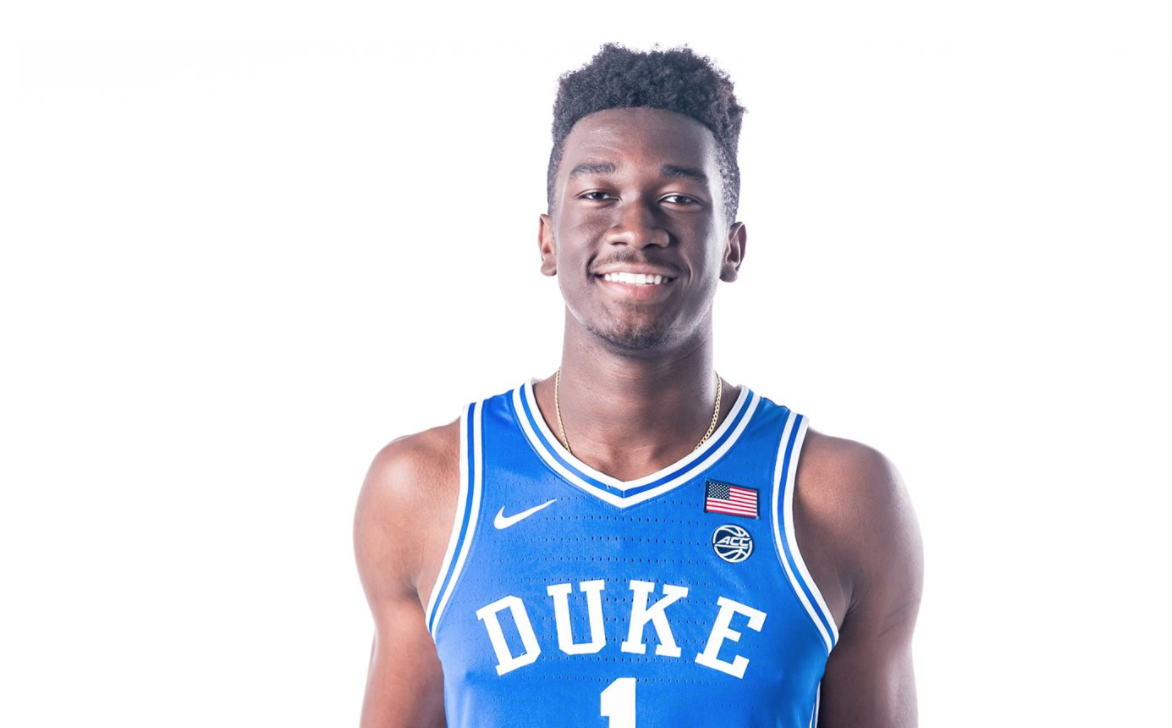 Duke Basketball: Could Mark Williams be the ACC’s Most Improved Player?

Why Duke basketball center Mark Williams could have a breakout season.

Over the course of his freshman season, Duke basketball center Mark Williams’ numbers were solid. The 7-footer averaged 7.1 points, 4.5 rebounds, and 1.4 blocks per game with 15 starts and 23 games played. It was nothing spectacular, but certainly respectable.

However, in taking a closer look at how Williams’ freshman season ended and looking ahead at how Mike Krzyzewski constructed the final roster of his career, the table may be set for Williams to have a major breakout season.

—Underrated freshmen who could have big seasons
—Why Gonzaga should be the preseason No. 1 team
—Subscribe to Heat Check CBB Premium for exclusive content!

All he needed was a chance

First-round draft pick Jalen Johnson opted out of the rest of the season after the NC State game on February 13. For the final eight games of the season, Mark Williams took on a more featured role. He started all eight games while averaging 24.3 minutes per game. With the added court time and additional opportunities, Williams finished the season on a tear averaging 16.7 points, 74.6 percent from the field, 7.8 rebounds, 1.7 blocks, 1.5 steals per game over final six games. This all culminated in a 23-point, 19-rebound performance against Louisville in the ACC Tournament. Those 19 rebounds were the most ever for a freshman in an ACC Tournament game.

The raw numbers may not have been eye-popping. However, when you peel back the layers and look at advanced stats, they show where Williams’ upside for this season lies. For starters, Williams put on 20 pounds this offseason, and is up to 242 pounds to start his sophomore campaign.

Last season, Williams was one of 13 freshmen over the past decade who played in at least 15 minutes per game with a Player Efficiency Rating over 30 and a Box Plus/Minus over 9.5. Williams makes elite company on that list with the likes of Zion Williamson, Anthony Davis, Marvin Bagley, Karl-Anthony Towns, Zach Collins, Jahlil Okafor, Jarrod Sullinger and Vernon Carey.

With a 7-4 wingspan, Williams was able to get it done on the defensive end of the floor as well. Williams performed on that end next to some exclusive company as well. He was one of eight freshmen last season who played in more than 22 games with a Defensive Rating below 98 and a block percentage above 9.5. Isaiah Jackson and Moussa Cisse were among the other players on the list.

Playing his first three years at Norfolk Collegiate in Norfolk, Va., Williams transferred to Bradenton (Fla.) IMG Academy for his final season. He graduated high school as Rivals.com’s No. 31 overall prospect and was also selected to the McDonald’s and Jordan Brand All-American games. Williams chose Duke over a final group that also included Michigan and UCLA. His sister, Elizabeth, was the fourth pick in the 2015 WNBA draft. Also a Duke product, she finished top ten in women’s NCAA basketball history in blocked shots.

But what is Williams’ game?

Instantly, Williams’ size is noticeable. Physically, he has a strong frame, long arms, and a legit 7-foot body. Watching him play, it’s easy to appreciate the fact that Williams knows his game and plays within himself. He has good hands and finishes well around the basket. While he did not show much with his back to the basket last season, he showed good hands and touch on dump-off passes and plays off movement to get going towards the rim.

Williams will play a more featured role this season for what will be one of the most viewed teams in college basketball. Looking toward the NBA, Williams will need to show more range on his jumper and loosen his hips to show better movement laterally.

For Coach K’s final season, he has assembled a competitive roster complete with depth and size. Steady play from Jeremy Roach will be a central figure in this team’s success. If Griffin can stay healthy and showcase the accurate and deep jumper, he should be in the conversation for lottery status. Wendell Moore is an ultimate glue guy; Banchero will be in the race for ACC Player of the Year, and Williams will be in the race for the ACC’s Most Improved Player. Trevor Keels should be the first player off the bench in a combo guard role. Theo John has played in 124 college games, starting 89 of them. Wing Joey Baker has 55 games under his belt as well.

During league play last season, Duke finished 12th in the ACC in defensive rebounding per game and 256th overall. Along with an expanded role for Williams — who finished 11th in the ACC last season in Defensive Rebounding Percentage — Duke welcomes 6-9/255-pound super senior Theo John from Marquette and 6-10/250-pound freshman Paolo Banchero, a projected Top 2 pick in next season’s NBA Draft.

Duke scored the ball well last season as its 76.3 points per game was second in the league during conference play, and it will return three of their top six scorers this fall. The Blue Devils also finished 22nd nationally in assists, 27th in steals and 35th in blocks per game.

Duke’s leading returning 3-point shooter is junior Joey Baker, who shot 31.4 percent from beyond the arc. Duke used its freshman class to address this need, as projected NBA draft first rounder, 6-6/222-pound AJ Griffin and 6-1/208-pound Jaylen Blakes come to Durham with reputations as marksmen. Duke will also need to get to and convert better at the free-throw line as it finished 14th in ACC play in free throws made and 10th in ACC play in free-throw percentage.

Statistically, Matthew Hurt and DJ Steward, Duke’s two leading scorers last season, were below-average defenders and Steward was an inefficient guard who played 30 minutes a night. Hurt will be replaced by Banchero, and Steward made way for Griffin. While no one on this roster has proven to be a No. 1 option in college, this team has a lot of talent. How quickly can the talented freshmen get up to the speed of the game and mesh with the returnees? At the end of the day, this group has multiple potential draft picks and a Hall of Fame coach on the sidelines for one last hurrah.