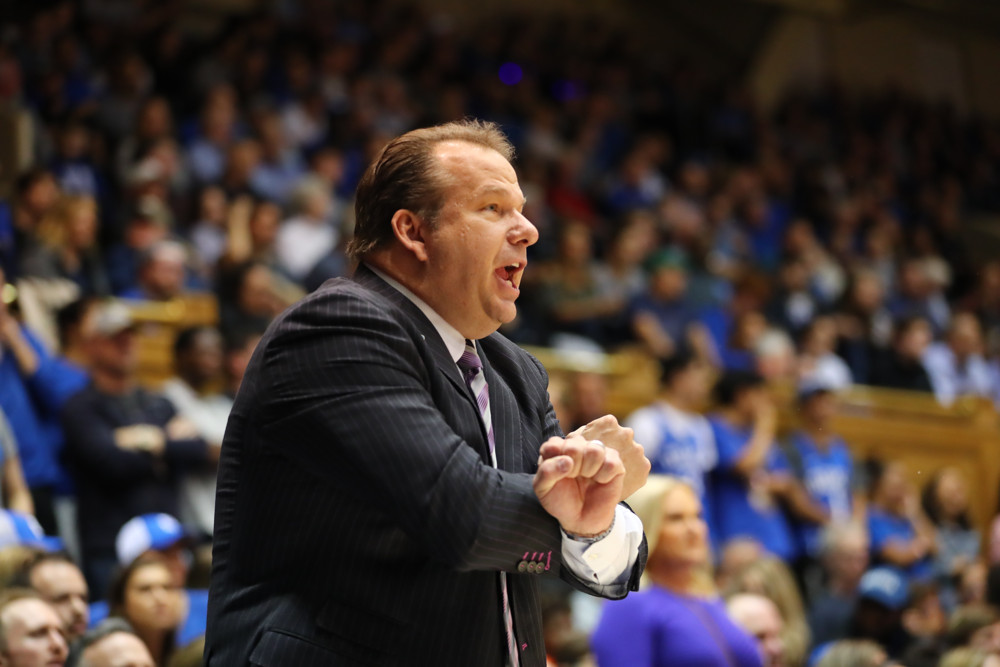 The Western Athletic Conference on Thursday announced the addition of five new members to its conference. Abilene Christian, Stephen F. Austin, Lamar and Sam Houston State will be making the trip over from the Southland while Southern Utah will join via the Big Sky.

In addition to the five new basketball-focused members, the WAC will also bring back football. The hope, of course, is to generate enough revenue to distribute across all sports, particularly sparking the WAC to return to its status as one of the top mid-major basketball leagues, a title it hasn’t held in years.

This isn’t the first major overall in WAC membership. It certainly isn’t the second or third massive change either. The WAC hasn’t gone five consecutive years without a change in its membership since the 1990s.

Here is how different things look now compared to when New Mexico State joined the conference back in 2006:

As highlighted above, only NMSU remains from the 2006 WAC membership. The conference has undergone more realignment moves than any other conference in Division-I basketball in the 15-year span, and the WAC will hope that it has now settled on the right group of teams to improve its overall profile.

With the additions of Texas schools in Abilene Christian, Stephen F. Austin, Lamar and Sam Houston State, the WAC’s geographical focus is much clearer. Removing Chicago State from the picture also helps significantly from a travel budget perspective.

“(The new membership) stretches our geography a little bit throughout the state of Texas and further west, adding another school in Utah. We have basically a Southwest and Western footprint of the United States,” said WAC commissioner Jeff Hurd.

As mentioned earlier, football is always king when it comes to producing revenue. After a 10-year hiatus, the WAC is officially back on the football map, and it should significantly boost the conference’s bottom line.

The five new additions plus Dixie State and Tarleton State — which are in their first year in the conference this winter — and potentially UT Rio Grande Valley in the coming years will look to create a formidable league in the FCS ranks.

“The opportunity to bring five quality institutions into the conference, to significantly strengthen the WAC’s national basketball brand and other championship sport profiles, and to bring football back under the WAC umbrella is one that made sense,” Hurd said.

The WAC last sponsored football in 2012 at the FBS level but the conference took a major hit with the losses of its primary football powers to the Mountain West, particularly Boise State.

For the time being, men’s basketball will continue to be the league’s calling card. The big question, though, is how soon its powerhouse, New Mexico State, is dethroned.

To be clear, having a recognizable, dominant force in a mid-major league can be a good thing. But NMSU’s stretch of eight WAC tournament titles in 10 years — the other two were ex-WAC members Utah State (’11 title) and CSU Bakersfield (’16 title) — with three different head coaches is further proof that the WAC needs another challenger. Up until Thursday, the Aggies could justifiably wonder if they outgrew the conference.

Thursday’s membership moves also include Chicago State leaving the conference in June 2022. The Cougars, which are 2-70 in WAC play since 2015-16, have one of the smallest budgets in college basketball, reporting just $801,305 in expenses in 2018. WAC pundits have pointed at Chicago State’s ousting as one of the first major steps towards improving the conference’s outlook.

Can anyone catch New Mexico State?

This is still the most important question following Thursday’s news. The WAC’s aggressive approach towards improving its basketball membership will need to be met with tangible results as quickly as possible. Since 2013, NMSU has won either the regular season and/or conference tournament title every year and the league hasn’t finished above 17th in KenPom’s conference ratings.

Just last year, New Mexico State was the only WAC program to finish in the top 200 in KenPom’s final rankings. The Aggies have thoroughly dominated the conference in recent years and haven’t lost more than three league games in a single season since 2014.

The WAC’s primary hope is that Grand Canyon’s healthy athletic budget will translate to on-court results soon. Joining D-I basketball in 2014 under Dan Majerle, the Antelopes have been CIT participants three times and also received CBI bids in 2018 and 2019. Now under first-year head coach Bryce Drew, formerly of Vanderbilt and Valparaiso, GCU will look to enter the WAC title conversation.

The new members share the same aspirations. Stephen F. Austin has evolved into one of the nation’s strongest mid-majors, pulling off NCAA Tournament first-round upsets in 2014 and 2016 under Brad Underwood. Kyle Keller served as Underwood’s successor following the 2016 upset and has kept the train moving, stunning Duke at Cameron Indoor last season while capturing the program’s sixth season of at least 27 wins over the last eight years.

ACU joined the Southland back in 2014 as a new D-I member and reached its first NCAA Tournament in 2019 under up-and-coming head coach Joe Golding. The Wildcats are off to a 10-2 start this season and led Texas Tech on the road with eight minutes remaining last month.

Southern Utah, meanwhile, has more seasons with single-digit wins (four) than NCAA Tournament bids (one) since the turn of the century. But Todd Simon is turning things around quickly, as his Thunderbirds are 9-1 with nine consecutive wins and a 4-0 star to Big Sky competition.

Are these programs ready to dethrone New Mexico State? Only time will tell.