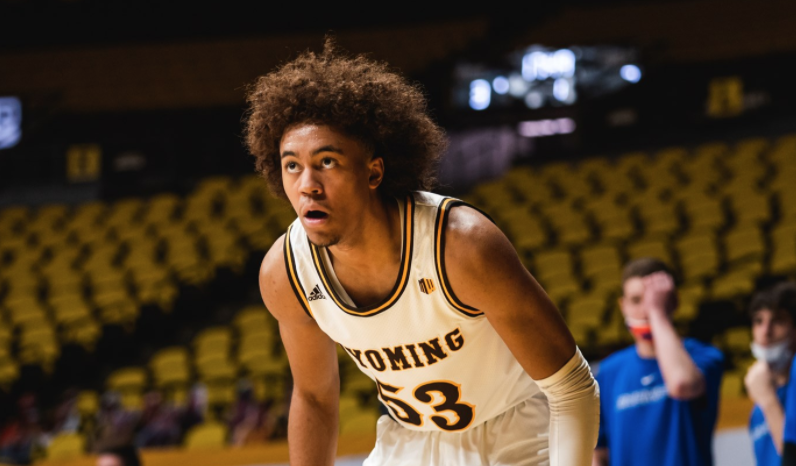 The freshman-to-sophomore leap is one of the most oft-discussed factors in college basketball. Some players need a year of experience and a full offseason to truly blossom into stars at the collegiate level. Others perhaps just needed a prior star to graduate and open the door for more opportunities.

There are lots of reasons to believe in sophomores, and mid-majors perhaps experience more breakouts as a result of players being under-recruited out of high school. Given that extra year of development, overlooked contributors can explode into the limelight. Who knows? Maybe the glass slipper will fit on their feet this year.

Of course, there are freshmen at all levels who immediately prove their worth as stars. As a result, those players are already taking center stage and on the radar heading into their sophomore seasons. These include mid-major Freshman of the Year winners such as Marques Warrick and Johni Broome. Furthermore, many of those winners — Damari Monsanto and Tyler Kolek, for instance — made the jump to the high-major ranks via the transfer portal this offseason.

For the sake of discovering under-discussed sleepers, though, we need to dive a little bit deeper.

As the 2021-22 season looms, let’s take a look into some under-the-radar breakout sophomores to watch at the mid-major level. These 10 all showed impressive flashes during their inaugural seasons and appear hungry for more with added playing time available and responsibility.

Mark Sears was one of the more underrated freshmen in college basketball last season. While he only started five of 24 games for Ohio, he was a critical reserve on an NCAA Tournament team. With Jason Preston leaving for the NBA this offseason, Sears is the heir waiting in the wings. Replicating Preston’s impact will be a tall task, but Sears is an excellent player with an elite core returning around him; four double-digit-scoring Bobcats from last season are back in Athens. Ohio will still be one of the top contenders in the MAC this season.

The SoCon is about as wide open as any league in the country this coming season. This opens the door for a potential breakout star to make a difference. Enter Wofford’s Max Klesmit. The Terriers were picked to finish third in the conference in the preseason largely due to their history as a highly efficient offensive unit. This will be head coach Jay McAuley’s first year without Storm Murphy and Klesmit could emerge as his go-to scorer. The 6-3 guard averaged 8.3 points per game last season and shot 25-for-67 (.373) from beyond the arc. Wofford ranked tops in the entire country in 3-point attempt rate last season and Klesmit will have a bright green light as a sophomore. He can create for himself, operate the 1 or the 2, and also finished second in the SoCon in steal rate last season. Future star? You bet.

James Madison won a share of the CAA regular-season title last season and has its sights set on repeating this time around. The Dukes are led by a pair of upperclassmen guards, but rising sophomore Justin Amadi is poised for a breakout in the frontcourt. The athletic 6-7 forward averaged 9.1 points and 5.0 rebounds per game last season while playing with an incredible motor. He was an excellent supporting cast piece for Myles Tate (Butler) and PJ Hall (Clemson) during his high school career and has already begun to thrive at JMU. Amadi ranked in the Top 15 of the CAA in offensive rating, effective field-goal percentage, true-shooting percentage, turnover rate, steal percentage and free-throw attempt rate last season. He is a tremendous athlete who finishes above the rim and makes plays on both ends. Amadi ranked 12th among all college basketball freshmen nationwide in dunks last season.

Belmont finished 26-4 last season and returns the vast majority of its key contributors for this campaign. Star players Grayson Murphy and Nick Muszynski will garner most of the offseason headlines, but JaCobi Wood put together a quietly strong campaign as a freshman. He did not shoot particularly well from three (32.0 percent) but excelled inside the arc and led the team in free-throw percentage. The value of having a bucket-getting sixth man should not be understated. Wood averaged 19.6 points per 40 minutes as a freshman while using the seventh-highest percentage of possessions in the Ohio Valley. He might stay in the sixth man role this season but could contend for a conference Player of the Year award later in his career.

Javion Hamlet — “the floater king of college basketball” — has graduated. While replacing him will be a major challenge, rising sophomore guard Rubin Jones is the man that appears most prepared to take on the star role in Denton. He averaged 6.2 points per game last season while shooting 24-for-59 (40.7 percent) from beyond the arc. If he continues to shoot at that level while developing his ability as a self-creator, particularly inside the arc, Jones could emerge as a legit go-to player. The excellent backcourt trio of Jones, Mardrez McBride and Tylor Perry will lead the way as UNT hopes to make back-to-back NCAA Tournament appearances. They are projected to be an upper-half team in the CUSA.

Wyoming is not expected to rise significantly up the Mountain West standings this year but features a pair of promising sophomores. Big man Graham Ike blossomed when healthy last year and Xavier DuSell could emerge as a go-to scoring weapon this time around. DuSell averaged 9.7 points per game last season and shot an impressive 57-for-125 (.456) from 3-point range. The 6-4 guard brings size to the backcourt and will help make the Cowboys a tough team every night out. Wyoming ranked ninth in the country in 3-point attempt rate last season and should continue to be an efficient, high-volume, perimeter-shooting team. DuSell led the team in 3-pointers made last year and showed his ability in extended minutes down the stretch:

Montana is a potential dark horse in the Big Sky this season with three impressive returning sophomores that could experience breakouts. Six-foot-three guard Robby Beasley is perhaps the most notable of the trio. He averaged 10.5 points per game a season ago on remarkably efficient shooting splits. Not only did he hit 27-of-65 (41.5 percent) from three but also shot over 90 percent at the charity stripe. Montana did not shoot a bunch of 3-pointers last season, but that might change this time around with a shooter of Beasley’s caliber rising to the forefront of the offense. The Grizzlies also weren’t that far off last season; they lost six games decided either by fewer than five points or in overtime. If Beasley and the other sophomores take leaps, Montana could contend with the likes of Southern Utah and Weber State.

A forgotten star freshman of the 2019-20 college basketball campaign, Jordan Dingle will be back in action this year after the Ivy League sat out last season. The 6-3 guard is one of the purest scorers in the conference. He averaged 13.5 points per game during his freshman campaign, notching 20-plus points on five different occasions. He is the clear alpha of the Quakers this season in the absence of AJ Brodeur and will look to keep them near the top of the league’s standings. Dingle is an excellent ball-handler who plays at his pace and gets to his spots consistently. He is a dark horse to win Ivy Player of the Year this season.

Kobe Elvis is the lone transfer on this list, but he showed flashes at DePaul that could turn into consistency with more playing time at Dayton. He turned the ball over a ton (30.2 percent turnover rate) with the Blue Demons last season but having a full year of experience under his belt should help. Additionally, he should be able to mostly play off-ball with the Flyers. Elvis averaged 5.2 points and 1.9 assists per game, including a pair of double-digit performances against Seton Hall and Butler. He hit 41.9 percent of his 31 3-point attempts on the year. Dayton’s forwards will be its headliners this year but Elvis should help inject some scoring ability into the backcourt.

Loyola Chicago brings back a ton of talent from last season for new head coach Drew Valentine. Offensive hub Cameron Krutwig was the lone departure, but he is a massive one. Dartmouth transfer Chris Knight will likely be asked to step into his starting spot but watch out for rising sophomore Jacob Hutson. The 6-10 big brings some much-needed size to the frontcourt for the Ramblers and impressed during his limited playing time last season. Hutson is a sneaky breakout candidate with his remarkable skill level at his size. His numbers when given opportunities last season were eye-popping. He averaged 20 points and 7.6 rebounds per 40 minutes while shooting 57.9 percent from the field.