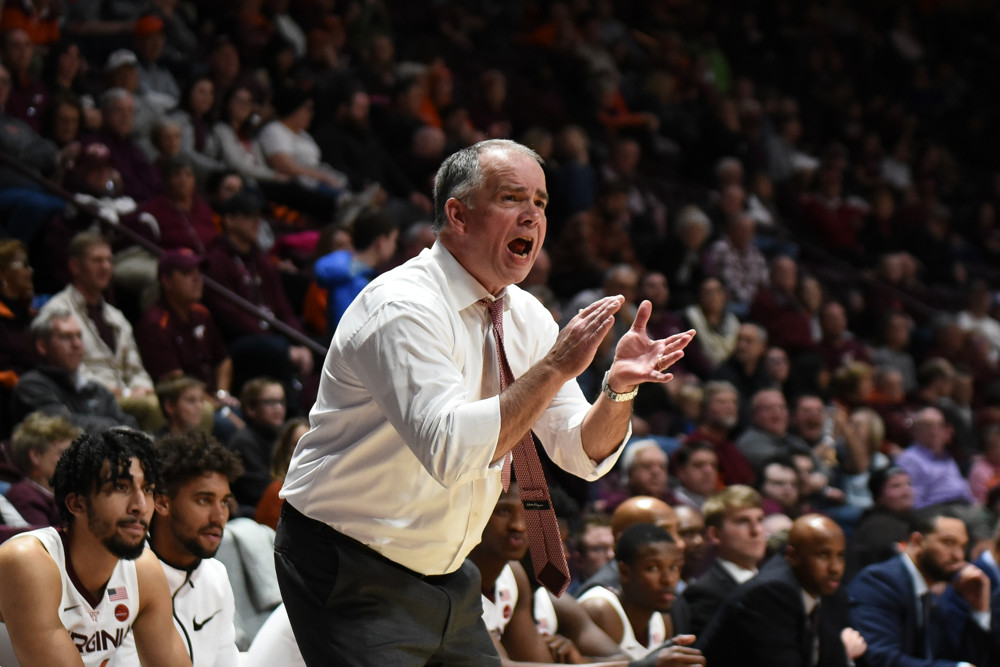 Everyone loves knee-jerk reactions after a game or two. Especially after a 258-day offseason, it’s nice to finally discuss actual college basketball again. In fact, our very own Connor Hope broke down some of the season’s biggest early storylines in his latest Stock Watch piece on Sunday.

As is the case every season, teams that received little pub during the offseason will jump onto the scene. Last year alone, San Diego State, Dayton, Florida State and Creighton all entered the year unranked and were legitimate Final Four candidates by season’s end.

This brings us to Virginia Tech, which may or may not join a similar elusive list as the season progresses. The Hokies are 3-0 to start the new year, defeating Radford on Wednesday before Saturday’s huge overtime upset against No. 3 Villanova and another victory at the Mohegan Sun on Sunday, defeating South Florida by 18.

The Hokies plunged into the Top 25 rankings on Monday at No. 16, the program’s highest ranking since they remained in the Top 25 throughout the 2018-19 season.

This type of Top 25 surge is rare this early in the season.

At No. 16, Virginia Tech is the highest a team has ranked in the AP’s second poll after starting the season unranked since 2001-02 Arizona.

The Wildcats made their way through an absolute gauntlet to earn their No. 8 spot in Week 2 of the ’01-02 season, though. Lute Olson’s squad, led by Jason Gardner, Luke Walton and Salim Stoudamire, beat No. 2 Maryland and No. 6 Florida the first two days of the season at Madison Square Garden. Arizona wound up as the Pac-10 tournament champs and advanced to the Sweet 16 as a No. 3 seed.

Not every breakout team has the same fortune.

Last season, Washington was the highest-ranked Week 2 team that started the year unranked. The Huskies were just outside the preseason Top 25 and defeated Baylor in Anchorage, Alaska, to enter Week 2 at No. 20. From there, though, Washington never ranked higher than 20th and collapsed to a last-place Pac-12 finish after starting guard Quade Green was suspended for the second half of the season.

Some context here on Virginia Tech’s ranking is necessary. The 2020-21 season is unlike anything we’ve seen before with COVID-19 shaking up schedules on a daily basis. With opening day pushed back to Nov. 25, many teams are opening up their seasons with more challenging games than normal. In prior years, highly ranked teams typically started with easy home matchups before neutral-site showcases or multi-team events. Several teams don’t have that luxury this season, and it could cause unusual movement in the first few weeks of the Top 25 rankings. Additionally, as of Monday morning, 99 teams have yet to play a single game.

Virginia Tech’s AP voter love might be a bit overboard after just three games and one win over a likely tournament team, but there are plenty of reasons why the Hokies should be legit.

Keve Aluma has been the star so far, averaging 18 points a game on 65.6 percent shooting from the field while playing strong defensively. The 6-9 forward followed Mike Young from Wofford, starting 34 times during the Terriers’ 30-win season in ’18-19 before redshirting last season.

The Hokies have plenty of quality returners as well. Even with Landers Nolley II transferring to Memphis and P.J. Horne now at Georgia, a returning trio of starters in Tyrece Radford, Nahiem Alleyne and Wabissa Bede sets the foundation for a significant turnaround after last year’s 16-16 finish. Additionally, Cartier Diarra, who averaged 13.3 points per game at Kansas State last year, is the team’s usage leader and will provide leadership and experience to the backcourt.

It shouldn’t be long until we find out whether Virginia Tech’s Week 2 ranking was factual or a fib. The Hokies host Penn State on Dec. 8 and open league play against Clemson on Dec. 15. Its January slate opens with road matchups at Virginia and Louisville as well.