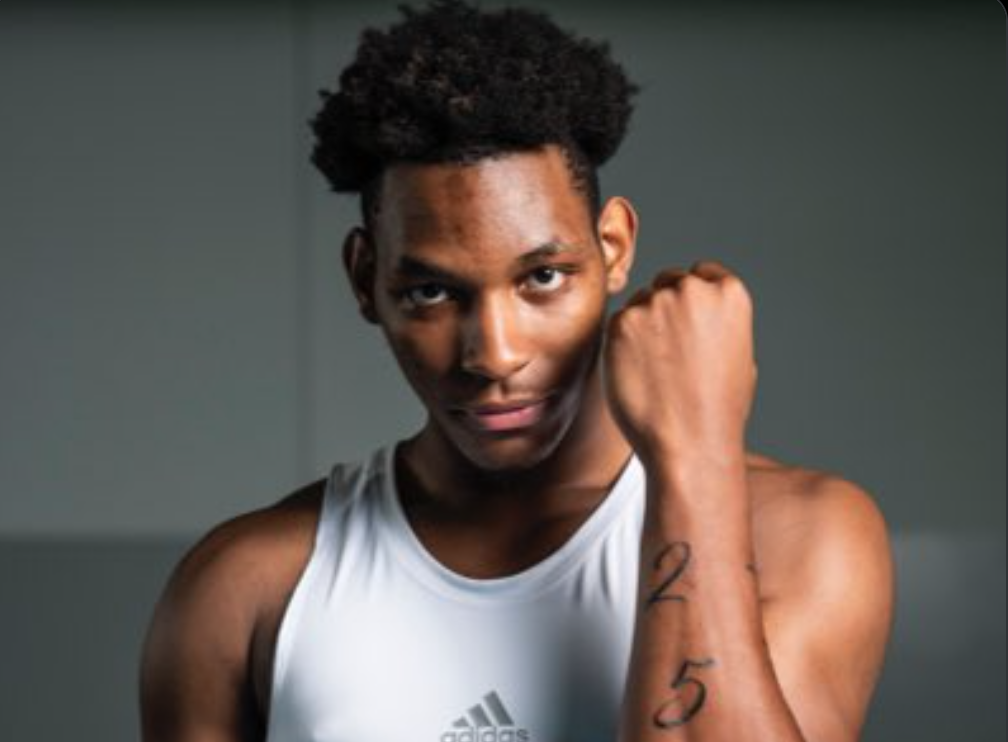 Kansas Basketball: Analyzing what the Jayhawks have in 2022 5-star MJ Rice

Find out what MJ Rice’s addition means for the Kansas Jayhakws and what the borderline 5-star wing does for Kansas’ outlook.

Bill Self and the Kansas Jayhawks have continued their momentum in 2022 class as they secured their third player ranked among the Top 75 in the country according to Rivals.com..

The blue blood program has looked NCAA sanctions right in the eye as they finished 21-9 last season, good for 12th place in the final AP poll, and signed seven players ranked in the Rivals150 over the previous two classes. Let’s take a look at what the commitment of MJ Rice does for the Jayhawks.

Who is MJ Rice?

Marquise Rice, Jr., more notably known as M.J., is a 6-5, 210-pound wing and the No. 28 ranked player in the 2022 class per Rivals.com. Rice chose Kansas over a final group that also included, NC State, Pittsburgh, and the G-League.

A native of Creedmoor, North Carolina, Rice will play his final year of high school basketball at Napa (Cali.) Prolific Prep. He played last season for Hall of Fame coach Steve Smith at Mouth of Wilson (Vir.) Oak Hill Academy, where he averaged 19.4 points and 5.9 rebounds, leading his team to a place in the GEICO National Championship tournament.

What does Rice bring to Lawrence?

Rice is a strong, and explosive wing. He will walk onto campus with an alpha mentality and a very competitive spirit. Looking at the recent success Ochai Agbaji and Marcus Garrett have had playing for Self, Rice’s physical profile and aggressive mentality fit right in.

Rice is an aggressive downhill wing, who has some wiggle in his handle and the ability to take contact and finish at the rim. He is an explosive player in the open floor, able to put his elbow in the rim, and go over top of late rotating bigs. He also has the frame and athleticism to defend the ball and get out in the passing lanes. Rice is continuing to develop the jump shot and making reads on the floor, but the comfort he has, with the ball in his hands, and the aggressive nature he attacks the boards, Rice should find his way into the wing rotation early and often.

How does Rice fit in the lineup?

As we mentioned above, Self has done well with the 6-5, strong, and aggressive wing types like Rice. As the likes of Jalen Wilson and Christian Braun continue in their journeys with their eyes toward the NBA, there is a clear, unimpeded spot for Rice to slide right in to.

If this season goes according to plan, both Jalen Wilson and Christian Braun will look to enter the NBA draft. This would allow the likes of KJ Adams or Gradey Dick a look at the opening, or perhaps someone from the transfer market, of which Kansas has shown to be a major player. The question mark of this team will be the point guard position, they will lose super-senior transfer Remy Martin to graduation. Can Joseph Yusufu transition over and play on the ball, or is he best suited for electricity off the bench? What can they get out of Bobby Pettiford at this level? These are all questions that should be answered this season, or they will have to address the position in the transfer portal.

How good will Kansas be next season?

With the Big 12 league currently in question, there are murmurs of Kansas heading to be a part of the Big 10. Kansas as not skipped a beat since making 2017 headlines in the federal Adidas scandal. Over the last three seasons Kansas has finished with 81 wins to 23 losses and have not finished lower than 17 in the final AP poll.

Kansas’ 2021 class finished No. 17 and their 2022 class currently sits at No. 3 on the Rivals.com team rankings. They are winning games; they are continuing to get talent. We will see what happens with the conference talk, but there is no reason to believe Bill Self and the Kansas Jayhawks will be anything but a Top 25 program, with multiple pros on the roster, year in and year out.