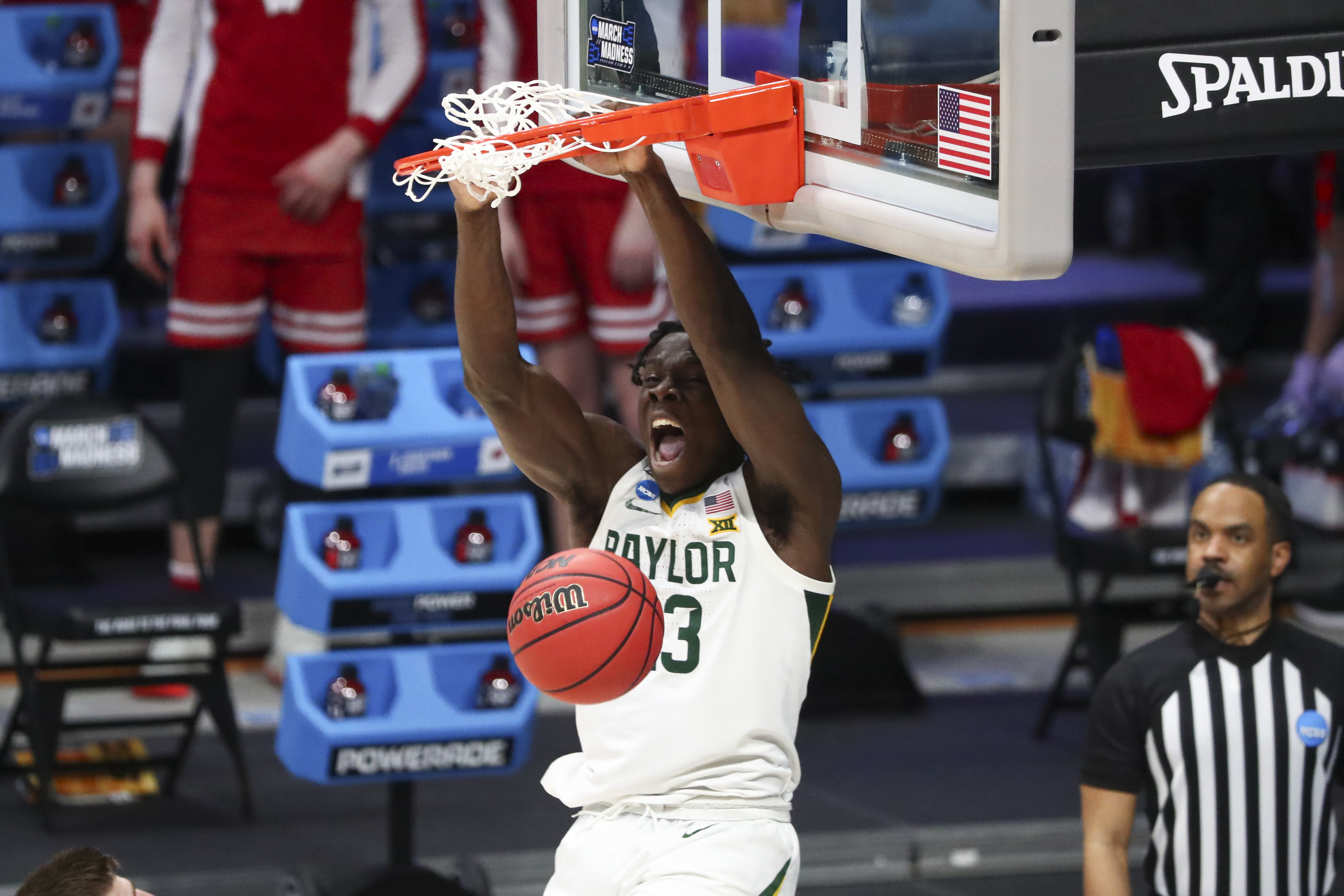 Here are the biggest takeaways from the first weekend of March Madness and why they matter for the rest of the NCAA Tournament.

Talk about March Madness, am I right?

I think we all need some time to fully processed what happened during the NCAA Tournament’s opening weekend.

Nine double-digit seeds advanced to the second round, tying the second most ever. There have been 11 games in which a team seeded at least five spots lower than their opponent pulled off the upset, setting an NCAA Tournament record. We have a No. 15 seed (Oral Roberts) in the Sweet 16 for just the second time ever.

The narrative surrounding those results indicate the Big Ten having been overrated and the Pac-12 having been underrated, and maybe so to an extent. I also think it’s important to remember how both leagues performed during the regular season.

The Big Ten dominated the nonconference slate early in the season and their good teams continued to play at a high level all year (until this past weekend, at least). Meanwhile, the Pac-12 had a dreadful nonconference performance and their top teams were not consistently dominant in conference play.

Those reputations were earned, not given. Now both reputations have drastically changed over the last five days.

The other big storyline, of course, is the number of Cinderella teams that are still alive. They play different styles, yet there is one common thread.

—Seed is ‘just a number to Oral Roberts’

The amount of upsets we saw this weekend was awesome, and there was one thing that almost all of them had in common: each “Cinderella” had two of the three best players in that game.

Max Abmas, the nation’s leading scorer, continues to produce for Oral Roberts, yet it has been forward Kevin Obanor leading them in scoring through the tournament’s first two games. He has made the clutch buckets for ORU, capitalizing when opposing defenses focus too much on Abmas.

Cameron Krutwig was the best player on the court in Loyola Chicago’s win over top-seeded Illinois. He was helped by fellow senior Lucas Williamson, who was the game’s third-leading scorer (14 points).

Buddy Boeheim has gone off to lead Syracuse on this run as Joe Girard (12.0 ppg, 7.0 apg, 6.0 rpg) has been a reliable secondary option.

Ethan Thompson and Jarod Lucas are combining to average 34.0 points per game for Oregon State.

UCLA has found a star in Johnny Juzang (22.3 ppg), yet Jaime Jaquez has also scored in double figures in all three of the Bruins’ games.

This is true even for teams that pull off a first-round upset before losing in the season round. Jason Preston nearly had a triple-double when Ohio knocked off Virginia, and Ben Vander Plas scored a game-high 17 points. Javion Hamlet stole the show in North Texas’ win over Purdue, but both Thomas Bell and Mardrez McBride played at least 40 minutes and scored 16 points as well.

If any of these lower-seeded teams are going to continue their respective Cinderella runs into the Elite Eight — and potentially beyond — it won’t be because of a singular player. That team’s star duo will carry them.

With all the craziness, having a proven, battle-tested coach has proven to be a huge difference.

Let’s take a quick look at the teams that have been upset early. Brad Underwood was in his first tournament appearance with Illinois and hasn’t been out of the second round in his career. Iowa’s Fran McCaffery hasn’t seen the second weekend, either. Ohio State’s Chris Holtmann is 6-6 all-time in the Big Dance and Shaka Smart has not won an NCAA Tournament game at Texas.

Those are the teams that suffered the most disappointing losses this past weekend. On the flip side, some of the nation’s best coaches guided their teams through tough circumstances.

Jay Wright has Villanova in the Sweet 16 without Collin Gillespie. Porter Moser has Loyola Chicago back after 2018’s Final Four run despite getting a No. 8 seed. Oregon got a No. 7 seed, yet Dana Altman has the Ducks in the Sweet 16 for the fourth time in the last five tournaments. Syracuse is still dancing as a No. 11 seed thanks to Jim Boeheim’s magic.

That list doesn’t even include the quality coaches who had high seeds and have done their job to this point. Teams have been unpredictable in this tournament; coaches have been much more reliable.

Gonzaga, Baylor and everyone else

These are the two teams we have been able to rely on this season.

We knew this coming into the tournament, and it becomes glaringly obvious each time Gonzaga and Baylor take the floor. Those two are clearly ahead of everyone else and appear to be the only teams capable of challenging the other for a full 40 minutes.

Gonzaga has rolled past everyone they’ve played all season. The Bulldogs have been the nation’s best team and have never once looked otherwise.

Baylor has been right behind the Zags with the exception of the week immediately following a three-week COVID pause. A loss to Oklahoma State in the Big 12 Tournament was somewhat disappointing, yet the Bears have returned to their pre-pause form with swarming defense and lethal three-point shooting.

Through two rounds, these are the only two teams that really haven’t struggled. Both blew past power-conference opponents in the second round with the respective results never in doubt. Is that what both teams should have done? Yes. But no one else has simply been able to take care of business with ease.

The first weekend served as yet another reminder that these are the nation’s two best teams.

The saying “defense wins championships” might be a little outdated. Today, you need a great offense to win a national title, and the NCAA Tournament’s first weekend was proof.

This holds true from a historical perspective as well. Eleven of the last 18 national champions had a top four offense when they cut down the nets. Only four of those 18 had a top five defense.

As we move forward, count on the teams with reliable offenses.