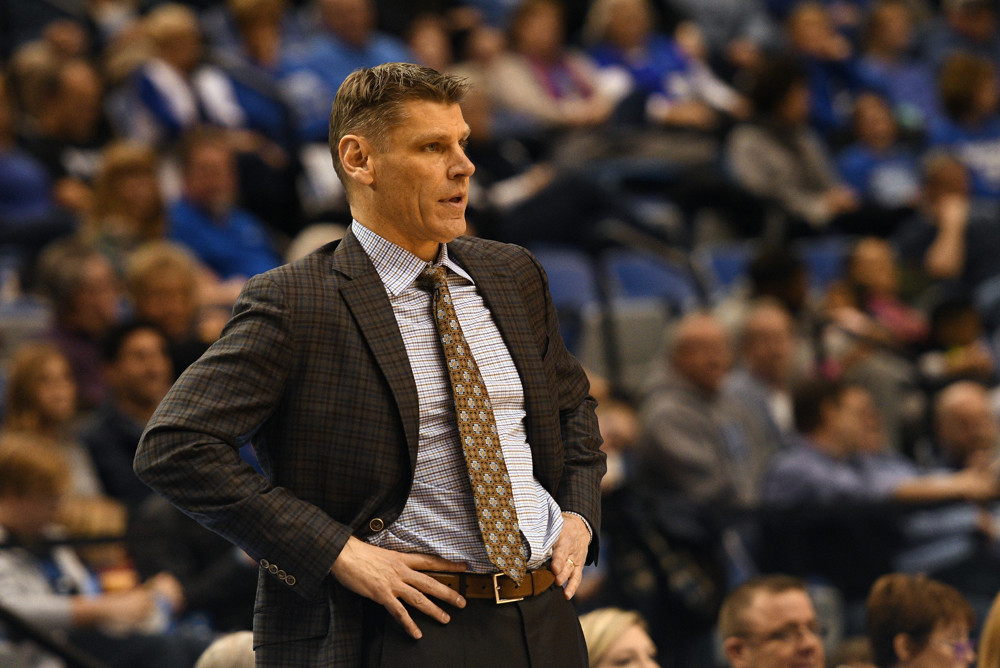 Another college basketball season is upon us. After an offseason loaded with uncertainly, we are now fewer than 30 days from tipping off a brand-new campaign. Of course, COVID-19 has not gone away and the season will look different than most, but basketball is basketball. Players across the country have been working all offseason to improve their games and that will soon be on display. When it comes to Missouri Valley basketball, two teams are especially excited to start the year.

Northern Iowa and Loyola-Chicago, most notably, enter this season regarded as two of the best mid-majors nationwide. Both return elite upperclassmen as well as conference Player of the Year favorites. These two are the headliners from the league but there are several other solid teams behind them as well. So, with the season approaching quickly for the MVC, let’s dive right into previewing the league.

This preview will consist of a team-by-team breakdown in the form of preseason rankings, a look at the most important questions for the league, some stars to watch, and award predictions.

Evansville beat Kentucky at Rupp Arena last season. I promise it wasn’t a dream. It happened. That was the good news. The bad news is that a nightmare ensued afterward. After finishing non-conference play with a solid 9-4 overall record, the Purple Aces lost the following 19 contests. The program also had to deal with internal issues as former head coach Walter McCarty was dismissed as a result of a violation of the university’s Title IX policy.

Former Butler/Iowa coach Todd Lickliter took the job moving forward but was unable to push the Purple Aces to success. Bar none, they were the worst team in the MVC last season. They went winless in conference play, finishing 10th in adjusted efficiency both offensively and defensively along the way. Losing star sophomore Deandre Williams for 14 games didn’t help matters but it was from the only issue. He also transferred to Memphis this offseason, leaving a giant hole in Evansville’s future. K.J. Riley also graduated.

On the whole, it’s hard to be optimistic for Evansville this season. Given Coach Lickliter embraces a much slower, motion-oriented offense compared to McCarty’s run-in-transition style, 2020-21 projects as a transition year for the Aces. Sam Cunliffe, who has bounced from ASU to Kansas to Evansville during his career, is the team’s top returner after averaging 11.2 points and 4.1 rebounds per game last season. He will likely be tasked with a huge usage rate to carry the offense.

The Aces also return Noah Frederking, Jawaun Newton, and Evan Kuhlman. While the roster features a bevy of newcomers, these four (Cunliffe included) averaged 17.5 starts apiece last season. Evansville has some defensive potential given its athleticism and physicality, but will likely struggle during this transitional period. This coaching staff should lead Evansville to more promising years in the future, but it might need some time. One player to watch for the future is 6-5 wing Alex Matthews, an underrated freshman who was named the Gatorade Player of the Year in Kentucky.

After finishing its tenure in the Horizon League on a tear, Valparaiso has struggled to maintain that momentum in the Missouri Valley. The Crusaders are yet to finish in the upper half in three tries, coming close last season with a 9-9 record. On the bright side, Valpo’s conference record has improved with each season in the MVC. The bad news, though, is that the program waved goodbye to its two best players this offseason as Ryan Fazekas graduated and Javon Freeman-Liberty transferred to DePaul.

While quite a few pieces are returning, Freeman-Liberty’s departure will not be easily overcome. He was the only Crusader to average over 11 points per game last season and also led the team in rebounds, steals, and was second in assists. His 31.6 percent usage rate ranked 23rd in the entire nation and he was an All-Defensive selection in the conference as well. He will be difficult to replace and it’s hard to imagine Valparaiso taking a step forward without him.

Looking at the roster coming back, the Crusaders do boast a fair amount of versatility. Five-foot-nine junior Daniel Sackey will handle the playmaking duties after averaging 6.3 points and 3.6 assists per game last season. He will be working alongside several strong finishers and stretch bigs as well, so he has options. Valpo’s offense could actually be pretty creative this year.

Donovan Clay and Ben Krikke, most notably, both turned in strong freshman campaigns a year ago and could be rising stars in the making. They are the favorites to lead the team in scoring this year, but it might take another year before they are capable of leading the Crusaders to a high finish in the standings. Goodnews Kpegeol is also a solid addition to the rotation.

I think that Mark Lottich is a very solid head coach capable of building Valparaiso into a strong MVC program. For this season, though, the Crusaders are likely in a transition between JFL and the rise of Clay/Krikke as stars. While this could be a down year in terms of record, it should show a glimpse into a brighter future. There is depth on this roster, but are there enough stars?

The Dan Muller Era of Illinois State is in the midst of a difficult trend to explain. After posting excellent results in his first six seasons at the helm, the Redbirds have stumbled in each of the past two campaigns. While statistical trends show a lack of defensive playmakers (lower block and steal rates) as a reason for struggles on that end, it’s hard to draw any connections to how Illinois State’s offense has suffered:

There aren’t necessarily any obvious reasons for this offensive drop-off, especially considering Illinois State ranked 24th nationally in experience and 80th in minutes continuity in 2019 (the first down year). I might be overreacting to two poor seasons by placing Illinois State at No. 8, but the roster doesn’t instill confidence in a potential resurgence.

While a couple of solid starters return, leading scorer Zach Copeland graduated this offseason. Jaycee Hillsman, Rey Idowu, and Ricky Torres are all gone as well. On the whole, Illinois State is returning only 47.5 percent of its “possession minutes” from last season, per Bart Torvik. If you want to look on the bright side, though, Coach Muller is bringing back an intriguing sophomore class capable of possibly leading the Redbirds to a step in the right direction.

DJ Horne headlines this group after averaging 8.7 points, 3.1 rebounds, and 1.4 assists per game on 40 percent from three (115 total attempts) as a freshman. While he doesn’t get to the paint all that well (only 24 at-the-rim attempts), he was quite dangerous from distance and in the mid-range. Nearly one-fourth of his made trifectas were unassisted last season and the vast majority of his 2-point jumpers were of that variety as well. Horne and backcourt partner Antonio Reeves, another sophomore, are building blocks for the present and the future.

Keith Fisher III is the other major returner. A 6-8 forward who averaged 9.6 points and 6.0 rebounds per game, he will be a go-to player. He attempted 48.7 percent of his total field goal attempts “at-the-rim” last season and it will be interesting to see if that rate increases this time around. He is highly efficient in those situations (60.2 percent) compared to 2-point jumpers (30.5 percent) and can take the next step as a senior with better sets for him and improved shot selection.

Horne, Reeves, and Fisher give Illinois State a core of stars talented enough to potentially lead a resurgence this season. If the Redbirds’ incoming JUCO transfers can provide solid contributions, then they could exceed this projection.