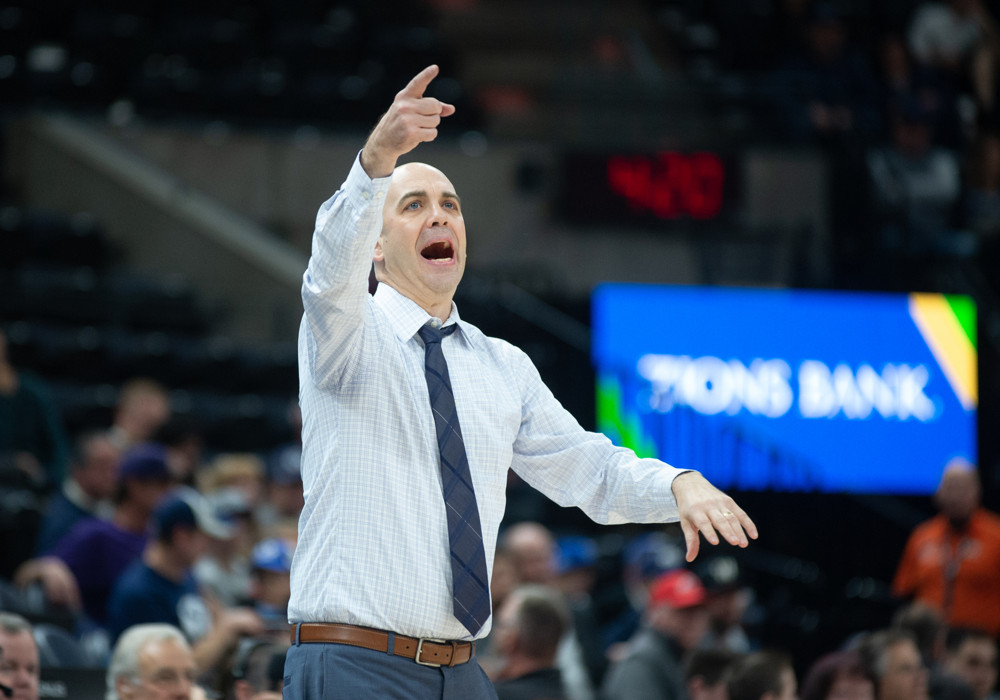 NCAA Tournament 2021: Projecting most likely upsets on each seed line

Upsets are a critical piece of putting the “madness” in March Madness. Which NCAA Tournament upsets are most likely on each seed line?

Upsets are the crux of the NCAA Tournament. Rooting for the underdog to pull off the unexpected is what puts the “madness” in March Madness. There is a reason why everyone looks forward to the opening weekend of the Big Dance perhaps even more than the later rounds. Correctly selecting the Final Four or champion is what wins your bracket pool, but picking the right 12-over-5 upset is what leads to the bragging rights that seemingly never expire.

Everyone has memories attached to upsets of the past. For instance, Florida Gulf Coast only won games during the opening weekend of the tournament and “Dunk City” will absolutely never be forgotten. Upsets like the ones pulled by Lehigh (over Duke), UMBC (over Virginia), and Middle Tennessee State (over Michigan State) — among others — will never be forgotten. Oh, and who could ever let the the legendary headline of “Norfolkin’ Way!” slip their mind?

As the 2021 edition of the NCAA Tournament approaches later this week, which upsets appear to be most likely on each seed line? I am not going to predict all of these in my official bracket — just a couple of them, in fact — but statistics lean in favor of these as the most likely teams to pull off upsets on their respective seed lines. All of the favorites will likely be the ones to advance, but why not have a little fun with the math behind some shocking possible upsets? Let’s dive in.

—Players who could shape March Madness

Allow me to preface this by saying that I am likely to pick Illinois all the way to the Final Four this year. I love how the Illini are trending entering the Big Dance and they feature a pair of stars (Ayo Dosunmu and Kofi Cockburn) who are nearly impossible to stop. I do not expect any No. 1 seeds to fall in the opening round, and you shouldn’t either. After all, a No. 16 over No. 1 upset has only happened once in the history of the Big Dance (apologies, Virginia).

If I had to pick one upset — which is the purpose of this article — I’ll choose Drexel over Illinois. This is due to the idea that I think the Dragons are clearly the best of the No. 16 seeds. The Dragons rank No. 146 on KenPom, the only one of the 16s inside the Top 190. While they struggle plenty defensively, they are superb on the offensive end. The entire team does a nice job drawing attention on drives to kick to reliable shooters. Drexel ranks 34th nationally in assists per made field goal and 37th in 3-point percentage.

Illinois’ defense generally does a great job limiting ball movement and 3-point attempts. In fact, the Illini hold opponents to the 46th-lowest 3-point attempt rate in the country. It would take a lot for Drexel to win this matchup, and that includes staying vigilant in their ball-movement-focused, slow-tempo offensive system. They won’t be able to shut down Illinois’ offense, but slowing down the tempo of the game and efficiently creating from deep on the end can keep them in the hunt … at least more so than the other No. 16 seeds.