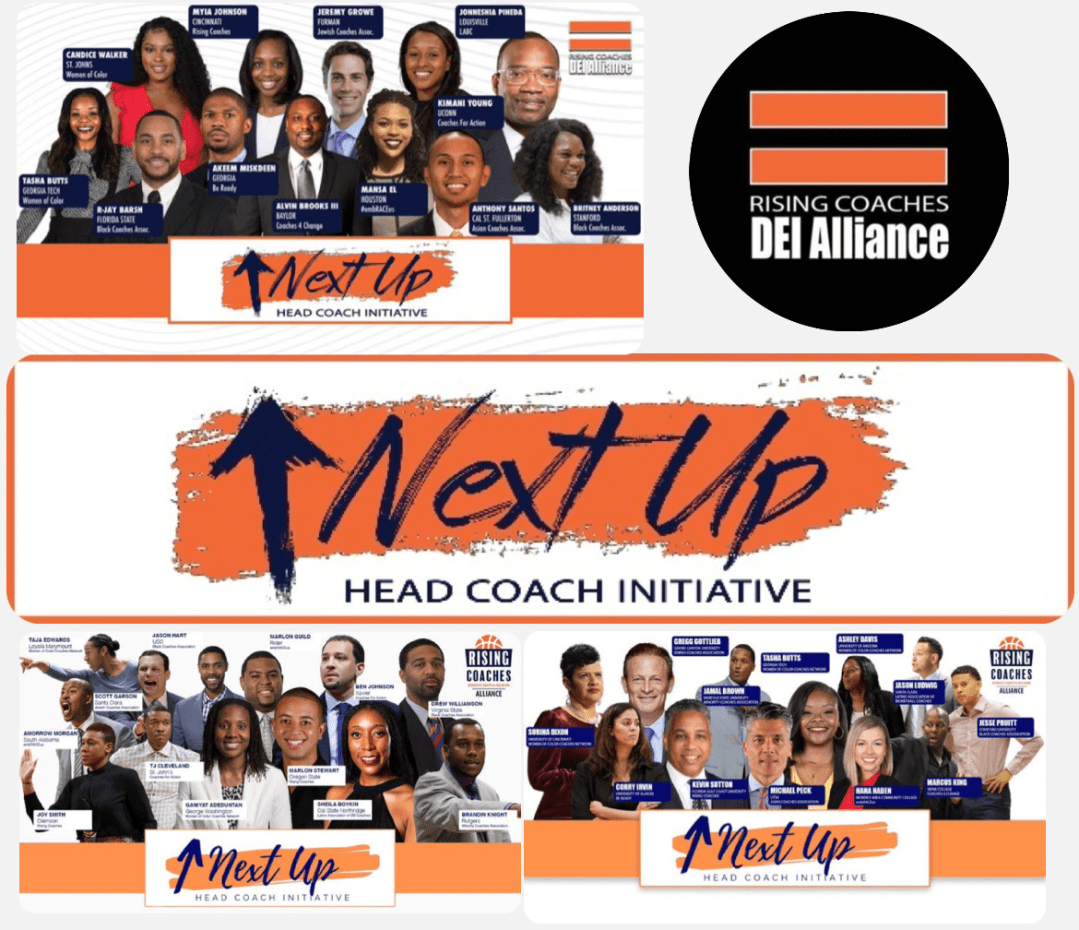 Rising Coaches’ ‘Next Up’ initiative promotes next wave of coaching stars

A look inside rising coaches’ ‘next up’ initiative and its mission to empower the basketball coaching community.

Across the country, thousands of basketball coaches are putting together the final touches on their team before the new season.

Whether it’s a first-year assistant coach at the local high school or a head coach of an NBA franchise, everyone in the coaching industry has dedicated countless hours on their craft in hopes of empowering their communities, mentoring players, and competing for championships.

Back in 2010, Adam Gordon, at the time a graduate men’s basketball assistant at Clemson University, co-founded an organization named Rising Coaches. Along with fellow college hoops coach and co-founder Andy Farrell, the two aimed to create a platform that would connect and promote individuals in the wide-ranging coaching industry.

Rising Coaches — known as the “largest coaching tree in basketball” — is a membership-based community of basketball coaches, spanning from the youth ranks all the way to the NBA and WNBA.

Countless coaches from all levels have had their fingerprints on what Rising Coaches represents today. Well before they assumed head-coaching positions at Kansas State and Minnesota, respectively, Jerome Tang and Ben Johnson spoke at a Rising Coaches conference on the importance of building relationships and making sacrifices as coaching mentors.

Highly regarded among their peers, Tang and Johnson combined for more than four decades of sideline experience before earning their first job as a D1 head coach.

Bluntly, the basketball coaching industry is equal parts rewarding and fulfilling as it is fickle and unforgiving. This past offseason, approximately one in seven D1 men’s programs changed head coaches. A 2019 study by Andy Wittry discovered the average tenure of a D1 head coach was just 6.9 years prior to their termination. Coaches at high-major programs lasted just 5.3 years, on average.

After all, these are only stats involving D1 head coaches, a title held by a few hundred individuals among the thousands who coach basketball on some level. With limited positions and countless aspiring candidates, most coaches won’t become a head coach at any point in their careers.

Rising Coaches aims to bridge the gap between coaches and their career aspirations.

Brian Burton, former D1 college basketball coach and Rising Coaches VP for Men’s Basketball DEI Alliance, has been instrumental in developing “Next Up” and Rising Coaches’ various diversity initiatives. In 2020, Burton teamed up with Rising Coaches to host Social Justice Roundtable panels with several industry leaders, creating an impactful platform that led to his current position. As the VP of the DEI Alliance, Burton works tirelessly to spark change in the coaching industry, forming representation and “adding seats at the table.”

Burton coordinates with member organizations that nominate two coaches for the “Next Up” initiative, and Rising Coaches selects the finalists who then conduct mock interviews and trainings with executive search firms.

Rising Coaches “Next Up” 2022 finalists

Like most job industries, the basketball coaching world leans heavily on networking and promotion to allow individuals to grow in their careers. The efforts by “Next Up” spotlights up-and-coming coaches to provide athletic directors and search firms with a wider array of coaching candidates during the interview process.

Kym Hampton, a 1999 WNBA All-Star and the Rising Coaches DEI VP for Women’s Basketball, shared her support for the “Next Up” initiative: “Most coaches aspire to become a head coach at some point in their careers. The ‘Next Up’ initiative is a powerful tool used to prepare aspiring candidates for the head coach interview process. I am super proud of this initiative because I feel minorities are and have been at a disadvantage in this area.”

“The Rising Coaches’ ‘Next Up’ initiative has been vital in the advancement and development of minority coaches,” said Darryl Jacobs, Rising Coaches DEI Executive Director. “The initiative not only provides access for the participants but, more importantly, interview training with decision makers. I commend the DEI staff of Kym Hampton, Brian Burton and Adam Gordon for their hard work and commitment in the selection process.”

To learn more about Rising Coaches or to become a member, check out their website and follow on social media.