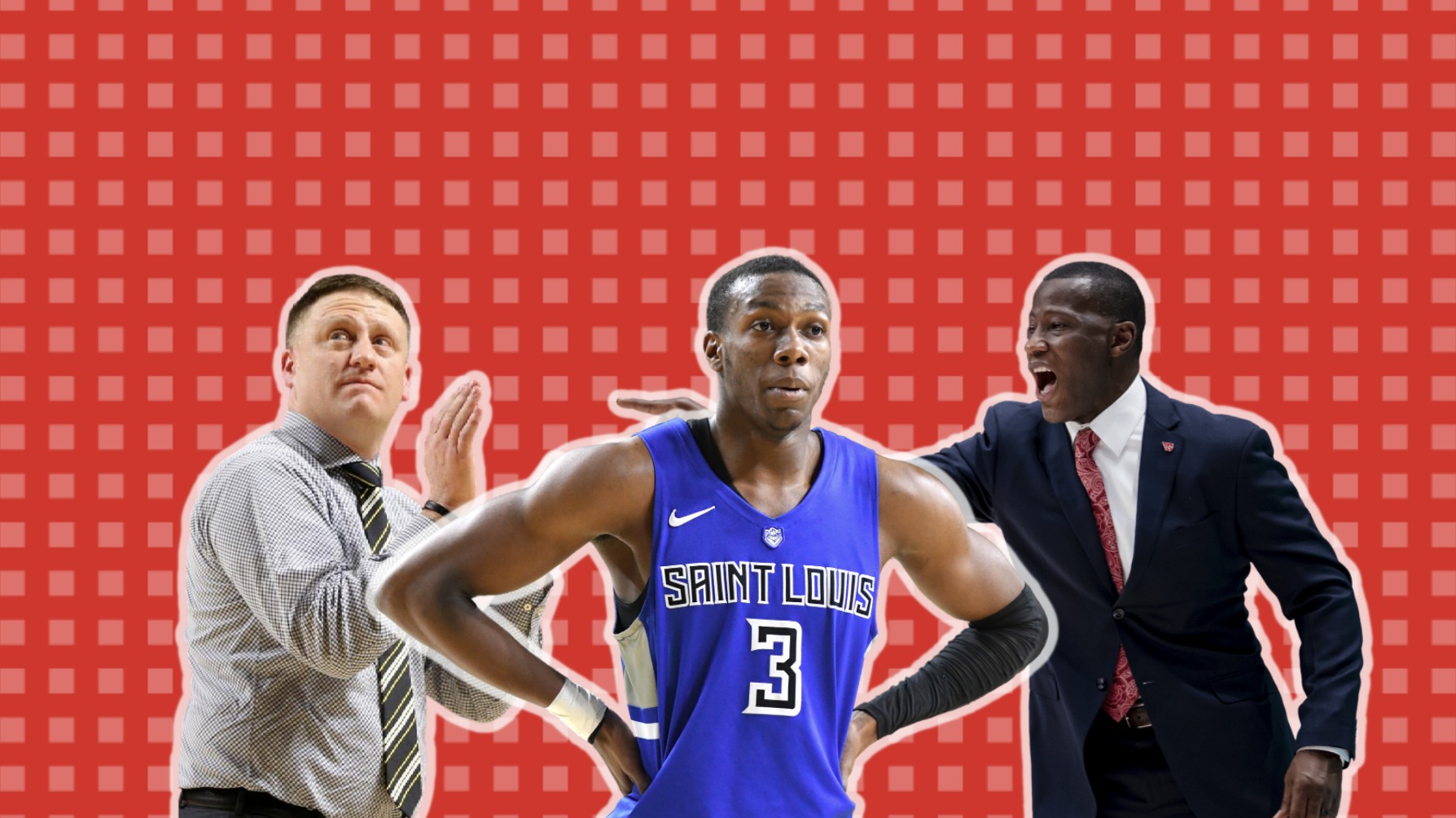 After a ho-hum ’21-22 season, A10 basketball is back in a big way with proven head coaches and multiple teams poised to contend for NCAA Tournament bids.

The 2021-22 season wasn’t what the Atlantic 10 envisioned. St. Bonaventure started the year ranked in the preseason AP poll and fell out of the at-large picture while injuries hampered fellow contenders in Saint Louis, VCU and others.

But the conference has rebounded in a huge way for the ’22-23 season. Two former high-major coaches join the conference in Frank Martin (UMass) and Archie Miller (Rhode Island) while all-leaguers Yuri Collins, Josh Oduro, Tyler Burton, Ace Baldwin and several others return.

As one of the most unpredictable and parity-driven conferences in all of college basketball, the Atlantic 10 figures to have yet another must-watch year in ’22-23. Let’s check out where things stand with five months to go before the regular season.

George Mason: Kim English’s team lost eight of its final 11 games of the season, ending the campaign on a sour note after a 4-1 start to league play. But with swingman Davonte “Ticket” Gaines and all-conference big man Josh Oduro back on campus, English has plenty to build upon in Year 2. Down-transfers Victor Bailey (Tennessee) and John Ojiako (Virginia Tech) should contribute immediately after serving in smaller high-major roles. Meanwhile, Justyn Fernandez was listed as a 4-star recruit on ESPN before taking a redshirt and should contribute right away. Can Mason replicate last season’s lofty perimeter shooting numbers? Taking attention away from Oduro (49th nationally in usage rate) could open up the offense.

Jayden Nunn, VCU: The oft-mentioned “sophomore jump” could be in play here for Nunn, a 6-4, 190-pound guard who was an all-conference freshman last season. Nunn closed Year 1 with a bang, drilling six 3-pointers in the NIT second round. As is often the case with VCU guards, Nunn is an excellent defender as well. One of his best qualities is pressuring the basketball and doing so without fouling, helping translate to an even 46 steals and 46 fouls this past season.

Alphonzo Billups, VCU: As if the VCU backcourt couldn’t get much better, the Rams landed top-100 freshman Alphonzo “Fats” Billups. A shooting guard with noteworthy length at 6-7, Billups selected VCU over LSU, Oklahoma State, Texas A&M and many other schools. According to 24/7 Sports, Billups is the fifth-highest-rated commit in program history, thanks in large part to his playmaking abilities on offense.

Javon Pickett, Saint Louis: Pickett joins the SLU rotation after starting 84 games in the SEC. His calling card comes as a big-bodied slasher who offers plenty of value as a versatile defender. The Billikens are already equipped with offensive weapons which will limit Pickett’s scoring numbers (he averaged 11.1 points per game last season at Mizzou), but he figures to play a pivotal role in providing the winning minutes needed to capture an A10 title.

Javonte Perkins, Saint Louis: It may be a gamble to stamp a POY projection on a player who missed all of last season, but Javonte Perkins is just that skilled offensively. Perkins may be even more effective in ’22-23 because of SLU’s supporting cast. Yuri Collins averaged 7.9 assists per game last season without Perkins, and defenses also can’t afford to misplace Gibson Jimerson, who connected on 87 3-pointers. Perkins, a 6-6, 210-pound swingman, will continue to create mismatches against undisciplined defenders.