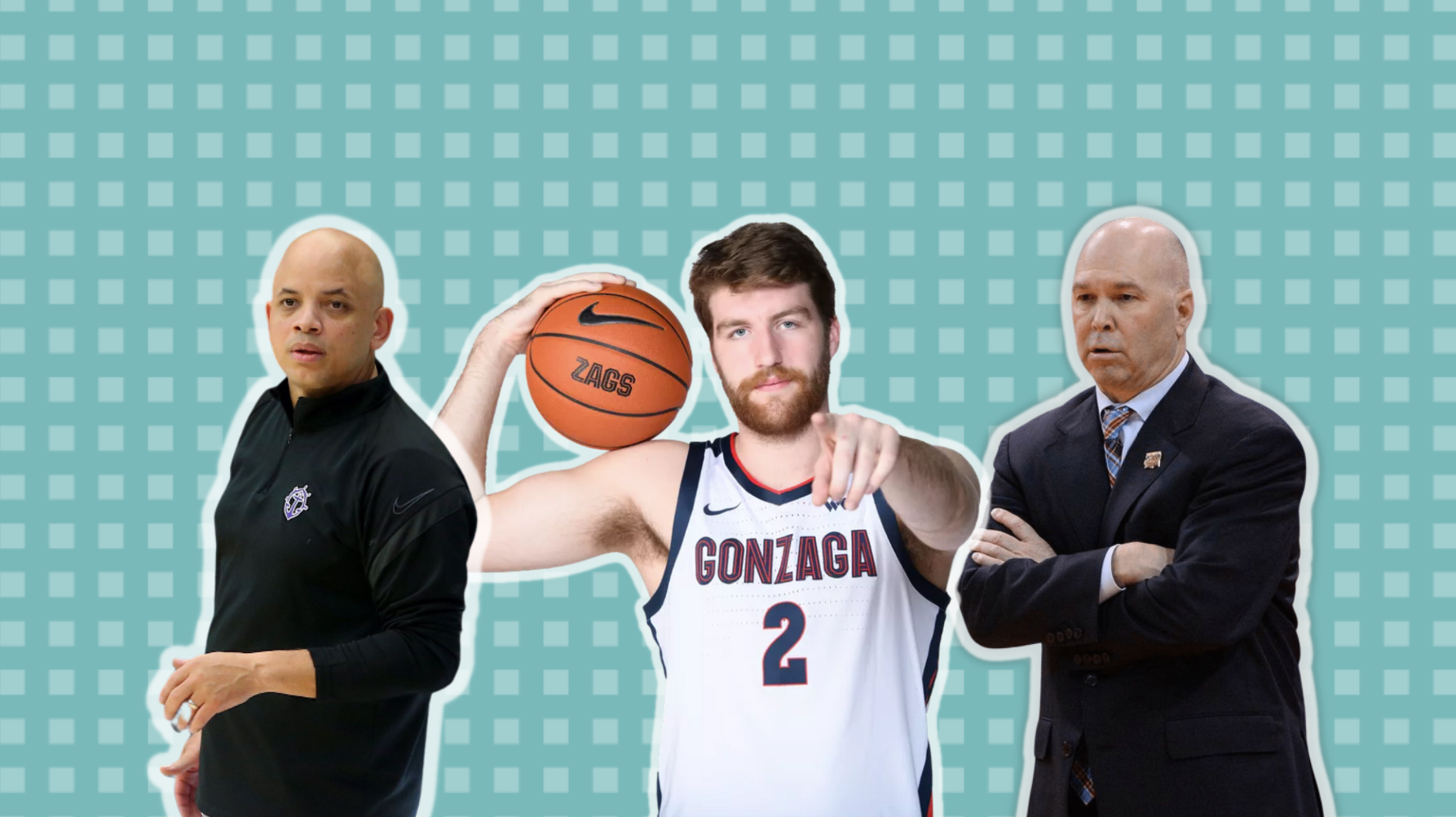 Coming off a successful three-bid season, the WCC has plenty of reasons to be excited. Can the league build on its momentum for a successful encore in 2022-23?

While it is unlikely that we see a return of the three-bid WCC this season, this may be one of the strongest seasons the league has had from top to bottom. With its returning starters and incoming transfers, Gonzaga will once again be a national championship contender. In addition, Steve Lavin shocked the country when he decided to take the San Diego head coach position.

For a conference that is ultimately used as a stain on Gonzaga’s resume, the teams within it could all realistically compete for a spot in the top half of college basketball’s 363-team ladder if they meet their potential. This is due in large part to the influx of key transfers that will make the league their home this season. In fact, every team except Saint Mary’s has added at least one former major conference player through the portal this spring.

The WCC will once again be one of the best mid-major conferences in country. There is still plenty of time for things to shift, but how does the league look after the NBA Draft withdrawal deadline?

10. Pacific: The Tigers, led by second-year head coach Leonard Perry, struggled last season to find their footing after the departure of Damon Stoudamire. The team finished with just three conference wins behind one of the least efficient offenses in the country. With some key additions, including Keylan Boone and Donovan Williams from Oklahoma State, the Tigers could be improved from last season, but so are many of the teams at the bottom of the conference.
9. Loyola Marymount: LMU was one of the more disappointing teams in the conference last season. Despite adding three former high-major players in Noah Taitz (Stanford), Justin Ahrens (Ohio State) and Rick Issanza (Oklahoma), there are some questions about how this roster will come together. Ultimately, LMU’s success will likely rest on the shoulders of junior point guard Jalin Anderson.
8. Santa Clara: One could make a strong argument that the Broncos had the best non-Gonzaga player in the WCC in future NBA draftee Jalen Williams. Losing Williams and star forward Josip Vrankic will leave a gaping hole in Santa Clara’s offensive attack. Most of the pressure to fill this void will likely fall on seniors Keshawn Justice and Parker Braun. While the gap between Santa Clara and the projected fourth-place team is thin, the lack of a clear closer could hurt the Broncos.
7. Pepperdine: Can Lorenzo Romar turn things around? Despite a one-win WCC season last year, Pepperdine’s young core, led by sophomore bucket-getter Houston Mallette, leaves a lot to be excited about. Mike Mitchell and Jan Zidek should also see some development this offseason. The big addition, however, is Boubacar Coulibaly (USC), who addresses Pepperdine’s biggest need: rebounding.
6. San Diego: The Toreros signed Steve Lavin as their new head coach, and he immediately went to work putting together one of the better transfer classes in the mid-major ranks. Not only did Lavin lure Eric Williams (Oregon) and Jaiden Delaire (Stanford) from the Pac-12 but he is also bringing in stretch-five Nic Lynch (Lehigh), who should provide the size San Diego was missing last season. Add in returners Jase Townsend and Marcellus Earlington, and the Toreros should be a competitor in the WCC.
5. Portland: Head coach Shantay Legans led Portland to its most successful season in over a decade and has managed to keep most of his young roster intact. Chris Austin, Tyler Robertson, Moses Wood and Michael Meadows are all back after each scored in double digits last season. Chika Nduka is also returning for his sophomore season after displaying some clear promise as a freshman. Add in some solid transfers and the Pilots could finish as a top-half team in the conference.
4. BYU: Few WCC schools, if any, had a worse start to the offseason than BYU. Losing Alex Barcello and Te’Jon Lucas was inevitable, but BYU also got decimated by the transfer portal. The Cougars lost Caleb Lohner to Baylor and Seneca Knight to Illinois State. Head coach Mark Pope brought in Rudi Williams from Coastal Carolina, but the guard might not be enough to make up for the departures. BYU is looking toward the Big 12 but it could experience a challenging end to the WCC era.
3. San Francisco: As was the case with Kyle Smith a few years ago, Todd Golden leveraged success on the Hilltop to earn a high-major head coaching position, leaving for Florida. Star guard Jamaree Bouyea is also gone, turning pro after a standout career. All is not lost, however, as Khalil Shabazz and the returning core will be joined by Tyrell Roberts (Washington State) and Toni Ročak (UC San Diego) to attempt a repeat NCAA Tournament trip.
2. Saint Mary’s: The Tommy Kuhse era is over but that doesn’t mean that Randy Bennett’s team has to take a step back. Star guard Logan Johnson returns and the front court should be deep enough to fill the hole left by Matthias Tass. Saint Mary’s freshmen guards don’t often make a huge impact, but three-star recruit Aidan Mahaney could earn some huge minutes for the Gaels this season. Adding forward Mason Forbes (Harvard) should also give Saint Mary’s an interior scoring presence that could take pressure off the team’s shooters.
1. Gonzaga: No team in the country had a better three-day stretch this offseason than Gonzaga. In roughly a 48-hour span, the Zags returned Rasir Bolton, Julian Strawther and Drew Timme while also adding top transfer Malachi Smith (Chattanooga). With sophomore big Efton Reid (LSU) also coming to Spokane, Mark Few has put together another championship contender. It’s uncertain how deep the rotation will look by March, but there are at least nine players on the roster that could play in big moments this season.

Portland: The chances that a team other than Gonzaga wins the WCC is slim. Therefore, any sleeper conversation should be centered on possible contenders for the second-place spot. In Shantay Legan’s first year as head coach, Portland went on a 5-1 run to end the regular season and finish .500 in the WCC for the first time since 2011. Returning his top six scorers and adding Joey St. Pierre (Milwaukee), Wyatt Lowell (BYU) and Alden Applewhite (Mississippi State), Coach Legans could do even more damage this season. Don’t be surprised if the Pilots finish with their first winning record in WCC play since 2010.

Houston Mallette, Pepperdine: While it may be tough to find a ton of positives from a 1-15 league record, Pepperdine should have some confidence coming into this season. Last year’s team was incredibly young but the core pieces showed promise. Freshman guard Houston Mallette, in particular, emerged as a total-package scorer for the Waves. Shooting 51 percent from two, 38 percent from three and 77 percent from the stripe, Mallette is already a bucket. Add in a full offseason of development and Mallette could compete for the WCC scoring crown this season.

Richie Saunders, BYU: Two years older than most freshmen, incoming wing Richie Saunders will be a key foundational piece for Mark Pope as the Cougars make the transition to the Big 12. A multi-level scorer, Saunders was a teammate of former BYU forward Caleb Lohner on one of the best Wasatch Academy (Utah) teams ever. With the Cougars looking to replace tons of scoring, Saunders should have an immediate opportunity to produce — a rare opportunity for a WCC freshman.

Tyrell Roberts, San Francisco: As with most WCC superlatives, it would be easy to award this nod to a Gonzaga Bulldog. However, even Efton Reid and Malachi Smith likely don’t fit as big a need as Roberts does for the Dons. With Jamaree Bouyea heading for the pros, San Francisco will need a new perimeter scoring option to pair with Khalil Shabazz. Roberts was a 1,000-point scorer for UC San Diego over two seasons before transferring to Washington State and averaging double digits. He might not be as efficient as Bouyea, but Roberts cushions a blow that could have significantly impacted Chris Gerlufsen’s first season as head coach.