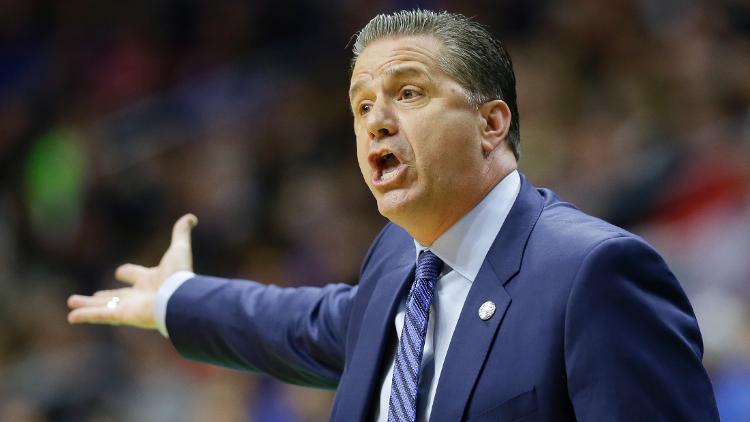 Which teams are best in March Madness? How Kentucky, UConn and Florida have exceeded through the years

How Kentucky, UConn and Florida have been the most overachieving NCAA Tournament teams in the modern era of March Madness.

March is upon us. It’s the best time of year for college basketball fans and sports lovers alike as 68 teams begin their path through the NCAA Tournament.

But while 68 teams are invited to the Big Dance every year, some schools have had far more success than others. Since the NCAA Tournament expanded to its present format — a 64-team first round — 208 teams have won a game out of the 302 that have played in March Madness. Just 19 of the 302 participants have won a national championship.

Let’s dive a little deeper into how programs have performed in the modern era.

Using BracketOdds’ seed advancement chart, we can analyze how many wins teams should record in the NCAA Tournament based on their seed.

Summing these tournament projections over multiple years — in this case, since the NCAA Tournament expanded in 1985 — we can identify how many tournament games a given program should have won. Thus, we can further understand which programs exceed expectations or underperform the most in March.

Let’s start with a quick example.

Now, let’s expand this out to 1985, the first year of the modern, 64-team, first-round bracket that is still used today.

For a reasonable sample size, only teams that have at least 10 NCAA Tournament appearances since 1985 are included in the data set. Victories in play-in games — i.e. First Four — are excluded from the win total.

Kentucky leads the way in exceeding seed expectations in the NCAA Tournament’s modern era. The Wildcats have won a whopping 18.4 more games in March than their seeds would suggest, more than four wins better than the No. 2 team on our list in UConn.

Naturally, the Wildcats and Huskies met in the 2014 national title game with the highest combined seed total (15) in tournament history. Based on Kentucky’s 8-seed and UConn’s 7-seed, the two would have been expected to win 1.61 games combined. Instead, the programs won 11.

On the opposite end of the chart, programs like Pitt, BYU and Purdue have failed to live up to expectations.

Pitt, at just 19 total NCAA Tournament wins, has been projected to win 28.6 games based on its tournament seeds. Here are the Panthers’ surprisingly short March Madness trips:

Below are the biggest first-round underachievers and overachievers since 1985.