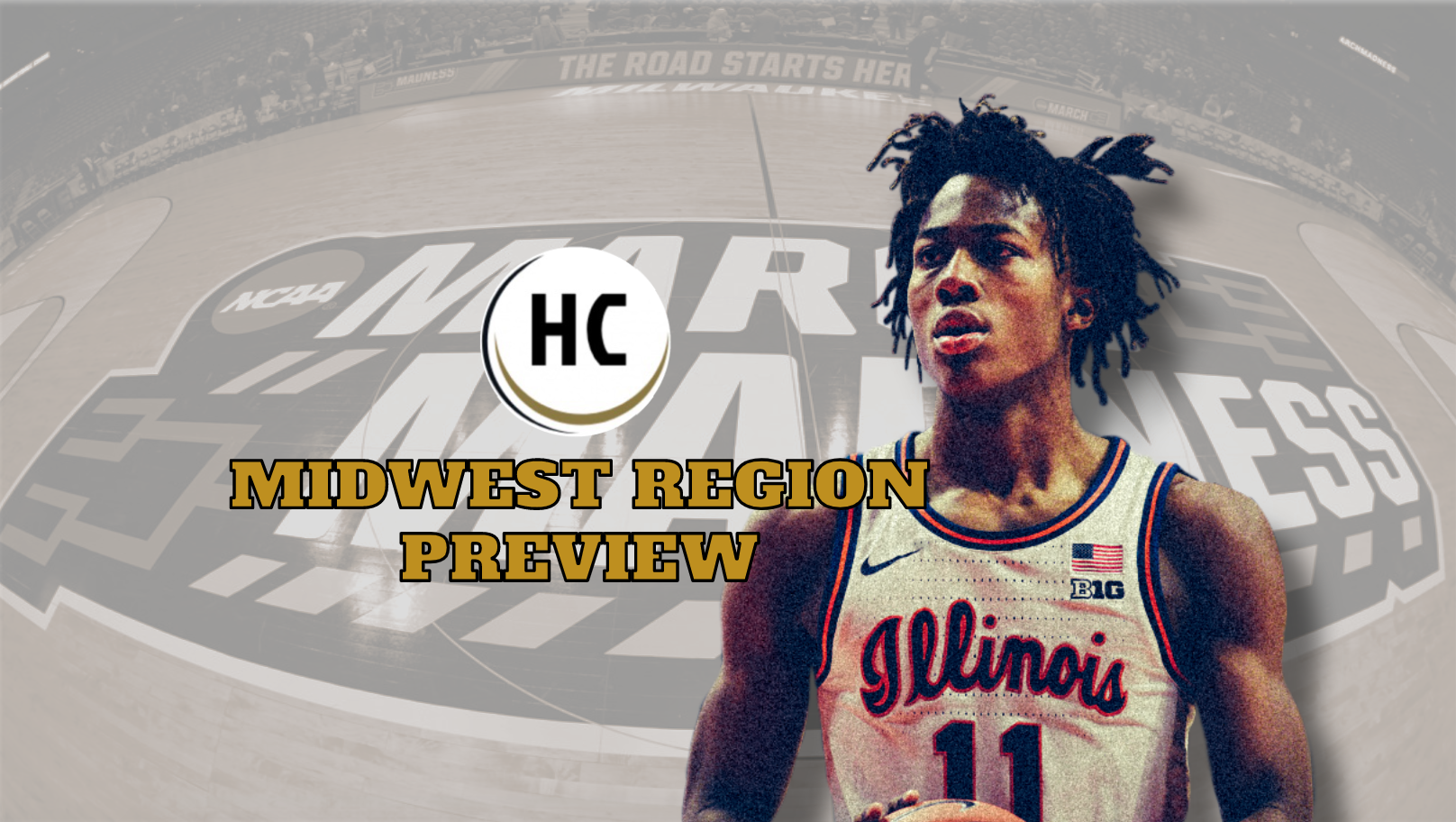 Wonder what region is the toughest in 2021 March Madness? Welcome to the Midwest “Region of Death.”

Illinois may have been rewarded with the No. 3 overall seed over Michigan, but they also face perhaps the toughest path to the Final Four. While Gonzaga’s region is understandably viewed as the easiest, Michigan’s biggest hurdle will be Livers’ injury, Baylor’s region looks like a chalk fest, and the Midwest is an absolute buzz saw.

The way Illinois is playing, they will be an extremely popular Final Four team, but their road to get there will be anything but easy. This region features the auto-bids from the AAC, ACC, MWC, MVC, and Pac-12, as well as the projected No. 1 pick in this year’s NBA Draft, along with two of the winningest coaches in college basketball history,

With so much excitement in this region, it can be tough to decide which games and players to watch. Let’s take a look at some of the storylines to be excited about as the first weekend of the NCAA Tournament approaches.