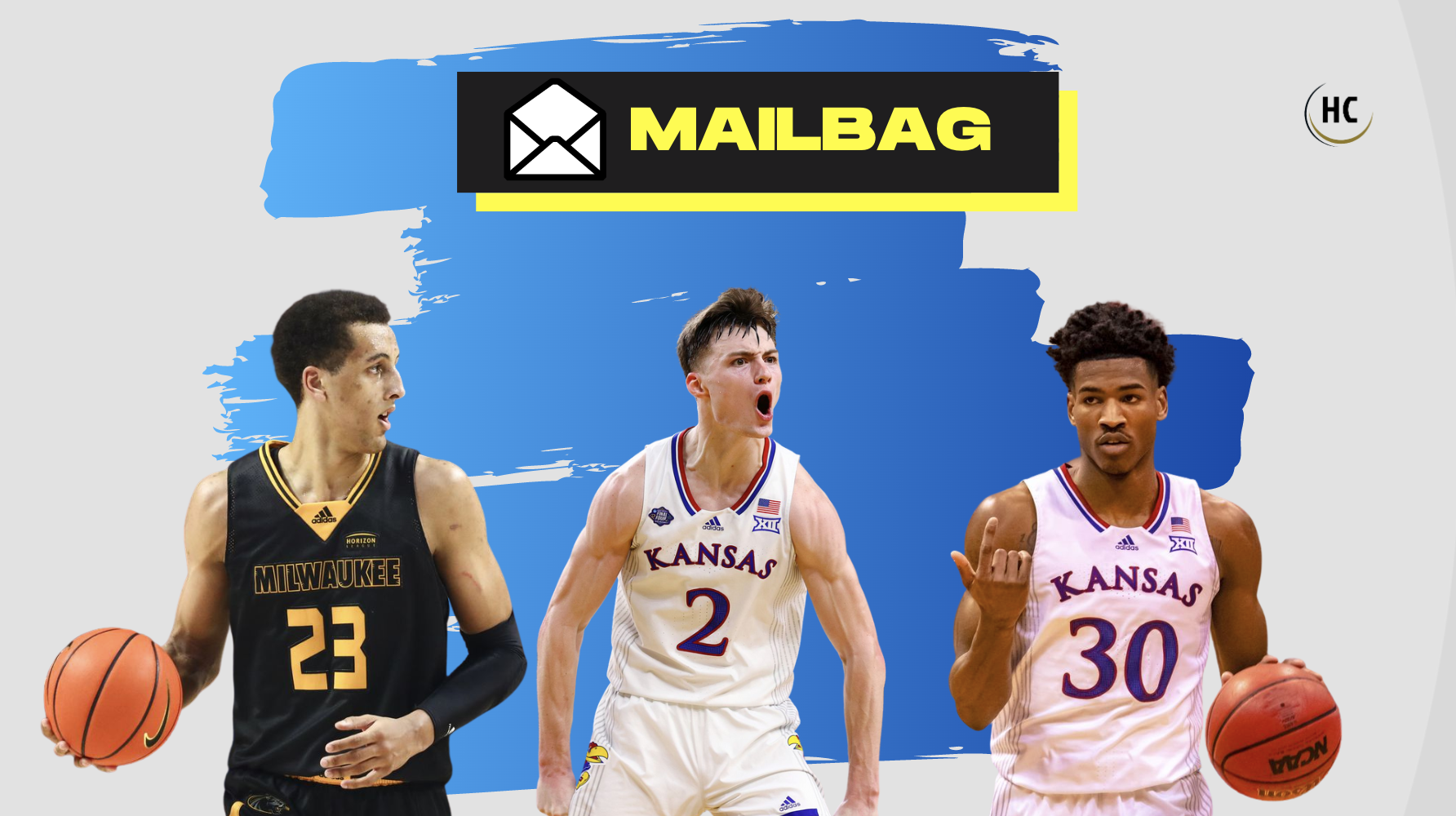 Answering your biggest questions with just over a week until the 2022 NBA Draft in a new mailbag column.

The 2022 NBA Draft is just over a week away, yet there are plenty of lingering questions and intriguing storylines about what might happen on June 23.

We know Paolo Banchero, Chet Holmgren, and Jabari Smith will likely be the top three picks in some order but everything after that is up in the air.

What are the biggest questions on the minds of our readers in the buildup to the draft? Let’s dive into the mailbag.

Not by any stretch. I do think there’s a good chance he goes in the first round because someone will gamble on his talent. Remember, he was a top-10 prospect coming into the season and dealt with injury most of the year — but he had a few extremely productive games when healthy, averaging 17.4 points and 8.2 rebounds through Milwaukee’s first five games.

There are three teams with multiple first round picks — the Grizzlies, Spurs and Thunder — that have a history of both drafting players with a high basketball IQ (like Baldwin) and swinging on upside, placing trust in their player development. I would not be surprised if one of those teams selected him in the 20s, but there’s no guarantee.

Not to give a cop-out answer but it really depends where he goes. I think Braun will have an impactful role on an NBA team sooner rather than later no matter what, but earning a spot in the starting lineup will be tricky.

Braun is currently projected to go in the 20s, putting him in the range of being selected by playoff teams and championship contenders. Those are the kind of teams that will try to add impact players via free agency or trades and then fill out their rotation with players on cheap contracts or rookie deals. That’s where Braun comes in.

College vets going in the first round

I do have five juniors being selected in the first round, though, and there might be more. It’ll be a bigger night for the juniors than the seniors.

Portland’s options at No. 7

Yeah, Portland doesn’t have the best track record of late! The Blazers are looking to trade the No. 7 overall pick for a veteran to help win now with Damian Lillard, which certainly isn’t a bad strategy. The most realistic way they “mess it up” is to trade it for a veteran who doesn’t make an impact, which is certainly in the realm of possibility.

If Portland doesn’t land a key piece for the future or land an impact win-now player, that’s a failure.

I don’t think he does. He doesn’t have enough of a dominant track record in college, a shooting percentage that jumps off the page, or an insanely athletic profile.

That said, a 6-foot-6 wing with a near 7-foot wingspan who shot nearly 40 percent from three over the last two seasons will undoubtedly get a Summer League invite and will likely be on a G-League squad somewhere.

Impact of the NBA Finals on draft emphasis

I don’t know if the Finals has an impact on the draft more so than where a team is in their championship cycle. Rebuilding teams are more likely to gamble on star potential because those are the necessary components towards building a winner. As mentioned before, teams with multiple first-round picks are more apt to take those gambles, too.

On the flip side, teams who are competing for a championship will generally look for more fit and scheme. Those teams generally have an established culture and want someone who can come in and at least fill a minor role.