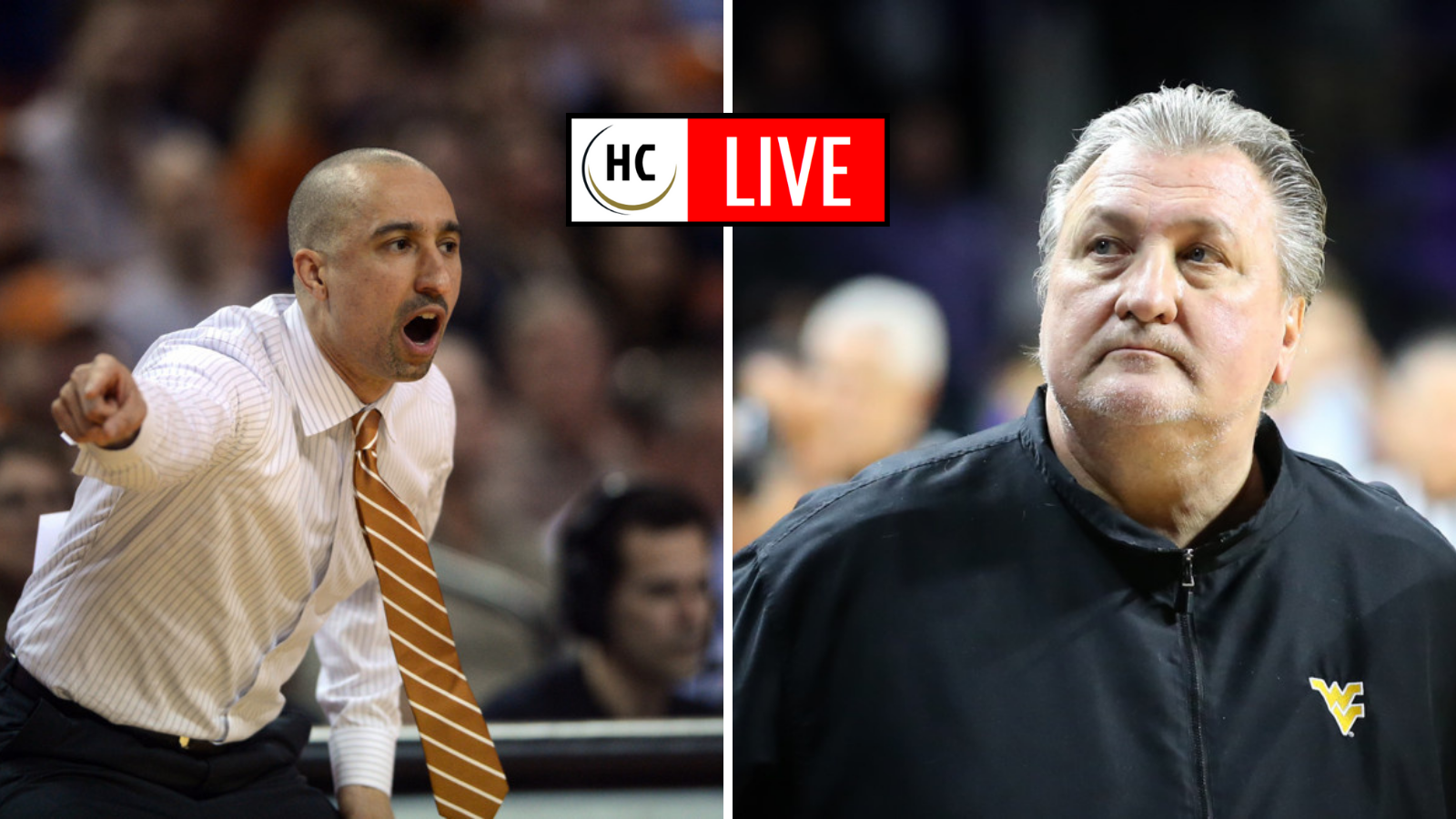 Welcome back to another full Saturday slate of college basketball!

As always, we will be keeping tabs on all the action, results and highlights of the day’s games. So sit back, relax, and enjoy our coverage of all of today’s happenings.

Cal Poly vs. Cal State Bakersfield second half is still out there for you fiends.

Otherwise, enjoy the rest of your Saturday night and thanks for rocking with us as always.

10:23 p.m. ET: How about the EKU Colonels? Eastern Kentucky is off to its best start since the 1950s and head coach A.W. Hamilton is loving it.

9:38 p.m. ET: Tough battle so far between Nevada and San Diego State. Should be a close one throughout.

9:09 p.m. ET: Marek Dolezaj loses the battle (his tooth) but wins the war (a home victory over Georgetown).

8:42 p.m. ET: ANDY HERE — I’m an idiot. The Browns game isn’t tonight. So glad I don’t try to cover more than one sport because this is not a shocking oversight on my part. Anyway, Go Browns tomorrow!!

8:41 p.m. ET: To little surprise, Gonzaga off to a strong start against Portland.

8:28 p.m. ET: Additionally, a couple of matchups tipping off shortly:

8:09 p.m. ET: Quick national update as we turn to the evening window of the college hoops Saturday:

7:30 p.m. ET: Alright, y’all, my shift is done. Time to hand things back over to our Fearless Leader. It’s time for me to do something I haven’t been able to do in nearly 20 years: watch my Cleveland Browns in the playoffs. GO BROWNS!!!!!!

6:58p.m. ET: After last night’s wild finish, Little Rock and Louisiana are locked in another battle. Trojans with a slight lead after this three-point play for Nikola Maric, who has subsequently fouled out of the game.

6:43 p.m. ET: And Kansas, unsurprisingly, found a way to win the game. David McCormack hit a dagger to push the late lead to four points. He finished with 17 points on the day. The Jayhawks survive — and that’s a valuable skill to have come March. (But then again, so is blowing out a lesser opponent.)

6:36 p.m. ET: OK, we’ve been slumming it with the mid-majors long enough. Let’s check in with #6 Kansas, who has surely pulled away by n–

6:17 p.m. ET: Isaiah Stevens knocks down two clutch free throws, setting up UNLV for one last chance to tie the game. Unfortunately for the Rebels, Bryce Hamilton’s shot just wouldn’t go down, and the Rams will take the sweep at Moby. UNLV looking much better than they did in the Maui Invitational, though. CSU looking like a potential NCAA Tournament team… if only they had the resume to match. They’ll need wins over SDSU, Boise State and/or Utah State before that becomes a realistic talking point, though.

6:09 p.m. ET: DAVID RODDY IS A DEFENSIVE MAVEN! But did the Rams just get massively worked over by not getting this free break to the basket??

6:07 p.m. ET: Colorado State and UNLV are locked in a BATTLE! All tied with a minute to play!

5:50 p.m. ET: UConn’s return to the Big East continues to go well, and they are currently beating Butler by ten points with under seven minutes remaining in the game. And, as our Lukas Harkins noted early, the Huskies are doing it without leading scorer James Bouknight.

5:45 p.m. ET: Here are a couple of the closest games in the country right now:

5:28 p.m. ET: A couple other kinda notable scores that rolled in over the past half hour or so:

5:09 P.M. ET: Yowza. Here’s another example of where the two-game series become very interesting in conference play: Youngstown State beat Wright State on a buzzer-beater yesterday. Today, the Raiders froze the Penguins’ offensive efforts and cruised to a 93-55 win.

5:04 p.m. ET: I am bound by oath, duty, and honor to provide you with the following update, but I also live in America where I have the freedom to prominently note that I take no pleasure in this one:

The definition of viciousness. pic.twitter.com/Nc4hjrvzH8

4:34 p.m. ET: My alma mater could use a little deus ex machina as they trail NAIA opponent Northwest Nazarene late in the second half.

4:27 p.m. ET: OK folks, there are a lot of final scores coming in fast, so here’s a recap of some of the more notable ones:

4:14 p.m. ET: Morgan State holds on against the Spartans and moves to 5-2 (1-0 MEAC). The Bears are looking good on the early season, with wins over James Madison, Delaware, Iona, and now a tough road win over NSU to start league play. Kevin Broadus might have something here. (EDIT TO ADD: Full disclsoure, the Bears did also lose to NAIA school WEST VIRGINIA TECH a few weeks ago. So…)

4:08 p.m. ET: Some #MEACtion for ya! Norfolk State tries to stay alive with a desperation three against Morgan State… and it goes! Bears still lead 76-74 with eight seconds to go.

3:21 p.m. ET: Wow. What a tough way to lose for Drexel. The Dragons fouled Charleston’s Zep Jasper from beyond the three-point line with 0.3 seconds to play, leading 60-58 at the time. Jasper was as cool as you like at the line, knocking down all three for a wild Cougar win!

3:16 p.m. ET: Whew, had to recover a bit from that crazy finish in Morgantown. While we were away, The Citadel completed an impressive win over Chattanooga. Here’s a bit more on that one:

3:03 p.m. ET: Emmitt Matthews with two HUGE offensive rebounds on this trip down the court for West Virginia. Still not over, especially as he misses the front end of a 1-and-1 with 10.8 to play.

2:50 p.m. ET: There is a LOT going on right now, and it’s a ton to type out, so just browse through these current scores! In addition to WVU-Texas, the Charleston-Drexel and Citadel-Chattanooga games are especially intriguing as they barrel toward frenetic finishes! GETCHA POPCORN READY (It’s still so early, oh man)

2:30 p.m. ET: Bob Huggins’ team is up 54-49 on Texas, but you just had to know that wouldn’t be enough to bring a smile to the old coach’s perpetually angry mug.

2:12 p.m. ET: With all the excitement down in the SEC, we missed a couple other finals. Here ya go:

2:06 p.m. ET: Following what Dan Dakich called “a godawful shot” from debutante Auburn freshman Sharife Cooper, Alabama still holds onto a 93-90 lead. They’ll have the ball with 25 seconds to paly coming out of a timeout.

2:04 p.m. ET: A few great defensive plays in a row in this Alabama-Auburn game! This one is heating UP!

2:00 p.m. ET: Good day, everyone — it’s my (Andy’s) turn on the live blog and I’m looking forward to another fun Saturday. Feels like it’s been a while. I’ve missed you…

1:25 p.m. ET: This one is somewhat flying under the radar but Wake Forest is hanging with Duke. Demon Deacons trail 55-52 at the under-12 timeout.

1:10 p.m. ET: Meanwhile, the possible game of the day between No. 4 Texas and No. 14 West Virginia is underway on ESPN with the Longhorns out to an early lead.