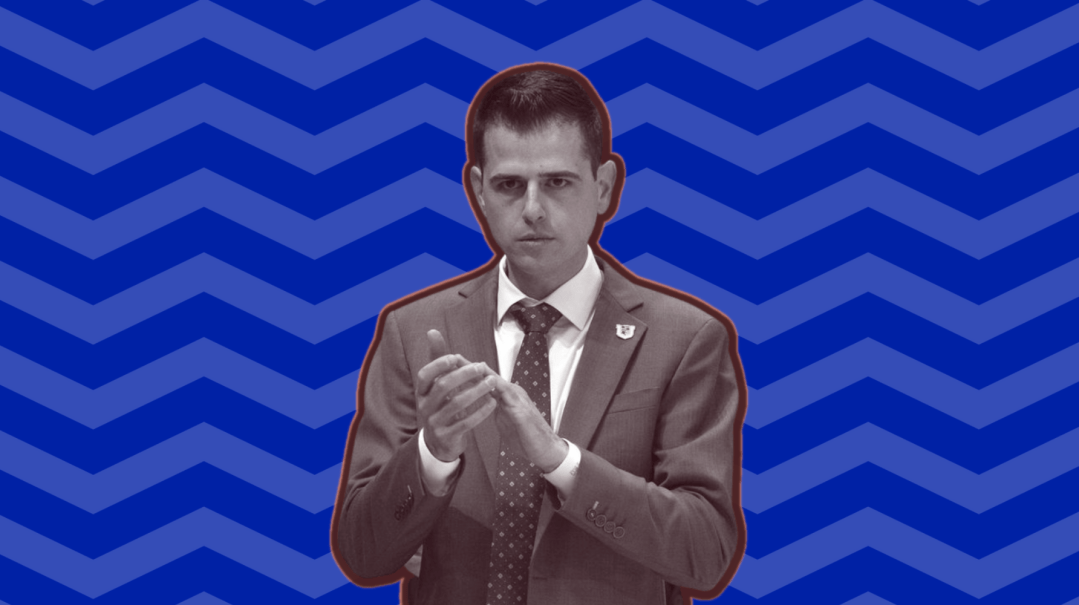 Todd Golden arrives in Gainesville with hopes of returning Florida basketball to national prominence. How might Year 1 project under his leadership?

Landing impact transfers is a nearly essential part of program building in the modern era, whether you’re at the University of Florida or Florida Gulf Coast University.

Perhaps most importantly, the transfer portal provides ample opportunity for newly-hired coaches to turn highly-touted transfer classes into immediate results. Shaka Smart and TJ Otzelberger were prime examples of that strategy last year. They used substantial transfers to take programs to the NCAA Tournament in their first seasons at the helm of Marquette and Iowa State, respectively.

Now, heading into 2022-23, Florida hopes to experience a similar resurgence under Todd Golden. The 37-year-old analytical wunderkind arrives in Gainesville following three impressive seasons at San Francisco; last season, Golden led the Dons to their first at-large bid in over 35 years on the back of a 24-10 record and No. 23 final ranking on KenPom.

The Florida job represents an entirely different challenge, but Golden already passed his first test. Tasked with battling for transfers with the “big boys” of the SEC, he secured one of the best classes of the spring. Golden brought in Kyle Lofton, Will Richard, Alex Fudge and Trey Bonham to help supplement talented returning pieces in Colin Castleton and Kowacie Reeves.

Florida is a program with high expectations. To wit: the Gators moved on from Mike White after winning 19 or more games in six of his seven seasons at the helm. Golden likely will not immediately return Florida to its glory days under Billy Donovan, but a strong transfer class could spearhead the Gators’ return to national prominence.

—Purchase your copy of The Almanac, an 800-page college basketball season preview!

Before diving into what Florida’s roster brings to the court individually, it is first essential to look at who they are playing for. Todd Golden is a young, analytically-minded coach with a penchant for prioritizing 3-point attempts, finishing efficiently at the rim, taking care of possessions, stifling ball movement defensively and limiting second-chance opportunities.

Those strategies were all on full display last season as the Dons ranked in the top 40 in each relevant category, save for turnover rate. Most notably, San Francisco ranked fourth nationally in the difference between their 3-point rate and that of their opponents. As a result, San Francisco outscored its opposition by an average of 13.4 points per game off 3-pointers alone.

What changes for the Gators?

Stylistically, Florida already hit a few of Golden’s staples last season under Mike White. The Gators ranked in the top 150 for 2-point percentage, assist rate allowed and 3-point attempt rate on both ends of the floor. Their execution, though, was lacking. They shot only 30.3 percent from beyond the arc, which ranked 317th nationally.

Only one at-large team, TCU, shot worse from deep than Florida did last season. To say that improved perimeter shooting is a must this season might be an understatement.

Another critical area for improvement will be defensive rebounding. Florida was among the top offensive rebounding teams in the country last season but surrendered far too many second-chance opportunities to their opposition. The Gators ranked 333rd nationally in defensive rebounding rate, the fifth-lowest mark among all high-major programs. Golden’s San Francisco team, for reference, finished 35th.

Everything starts with Colin Castleton

Golden will look to turn the tide in Gainesville this season, and he already has a star big man to lean on. Rebounding machine Colin Castleton is back to lead the Gators in attacking the defensive glass more ferociously. Castleton ranked in the top 100 nationally for both individual offensive and defensive rebounding rates last season — 100th and 84th, respectively — while nearly averaging a double-double.

Now entering his fifth college season, the stage is set for him to take another leap:

Castleton is already a star rebounder who should set an example on the glass. He is also coming off a season where he shot 56.2 percent on 2-point attempts, feeding into Golden’s staple of efficient finishing. While he is yet to make a 3-pointer in college (0-for-17), he is a career 73.0 percent foul shooter. As far as his floor spacing goes, Golden told The Almanac that, “Colin has the ability to shoot 3s. I will allow him to do that.”

Simply put, Castleton will anchor Golden’s staples on both ends of the floor as a potential All-American. As Golden’s transfer class steps into playing time this year, how the new pieces complement the star big will determine the team’s ceiling.

Among the biggest priorities for Florida’s offseason was to shore up its backcourt after losing Phlandrous Fleming and Tyree Appleby. Golden dove into the transfer portal and returned with a pair of experienced pieces in Kyle Lofton and Trey Bonham.

Lofton, most notably, is a big-time addition as a dynamic two-way lead guard. The 6-3 guard is fresh off averaging 13.9 points, 5.2 rebounds, and 1.6 steals per game over 116 games (all starts) at St. Bonaventure. He is a dynamic finisher, creator and defender.

Lofton’s impact will be felt in three of Golden’s staples. Defensively, his ball-pressure will enhance Golden’s prioritizing of limiting opponent ball-movement and 3-point attempts. Offensively, Lofton will be Florida’s primary ball-handler, and his experience should keep turnovers to a minimum. He boasted a 2.3 assist-to-turnover ratio over his last three years with the Bonnies.

Lofton is also plenty familiar with playing alongside an elite big. He spent the past several years, both at Putnam Science Academy and at St. Bonaventure, feeding now-Iowa State big man Osun Osunniyi. Those two formed a devastating pairing in the A10, one which Lofton could replicate on a bigger stage with Castleton. Their pick-and-roll chemistry should be elite.

Lofton’s shortcoming is his 30.3 percent career rate on 3-point attempts. But while Lofton will not help Florida’s perimeter shooting woes, fellow newcomer Trey Bonham will. Bonham arrives via VMI, where he was an All-SoCon performer last year.

The jump to the SEC jump is significant, but Bonham is a proven shooting threat; he hit 52-of-141 (36.9 percent) from beyond the arc for the Keydets over two seasons.

Bonham and former Penn State transfer Myreon Jones will play critical roles behind Lofton. Jones only shot 32.1 percent at Florida last year but hit 116 3s on 39.9 percent accuracy during his sophomore and junior years with the Nittany Lions.

Todd Golden revamped Florida’s point guard slot with Lofton as the playmaker and Bonham as the shooter. Bonham also figures to be the primary playmaker when Lofton is off the floor. Castleton now has a bona fide pick-and-roll partner and another kick-out threat. A bounce-back year from Jones would also go a long way.

Securing transfers for the future

Lofton and Jones are entering their final seasons of collegiate eligibility. So while they will play pivotal roles this season, their long-term impact is limited. The other two transfer additions Golden brought in — Alex Fudge and Will Richard — fit more of the multi-year, high-upside mold. Both are coming off impressive freshmen campaigns and will play big minutes for Florida as sophomores.

The two newcomers will also help fill a couple of Florida’s areas for improvement. Fudge posted excellent rebounding numbers when receiving consistent minutes. He averaged 9.1 rebounds per 40 minutes at LSU, and he is already an elite defender. He will also provide a significant size upgrade; instead of Castleton sharing the frontcourt with wings standings 6-5 to 6-7, Fudge brings a 6-9 frame to the 4 position.

Richard, meanwhile, is more of a do-it-all wing. Having played under Casey Alexander at Belmont last season, he is accustomed to being an efficient scorer in an analytically-focused offense. Richard averaged 12.1 points per game for the Bruins while shooting 60.5 percent on 147 2-point attempts. A 31.6 percent 3-point mark leaves room for improvement, but he hit 43 triples and shot over 80 percent on free throws.

Kowacie Reeves is a returner to watch

While not one of Todd Golden’s addition, Florida also has another rising sophomore to watch. Kowacie Reeves should be featured on breakout lists across the country this preseason. The former top-100 recruit averaged 5.5 points per game for the Gators last season on 33.3 percent 3-point shooting. He is the type of piece that could explode in Year 2.

With Reeves, Richard and Fudge dotting the 2-through-4 spots of the lineup, Florida has a trio of pieces to raise the ceiling this year but also ignite optimism for the future.

Making the NCAA Tournament isn’t a goal at Florida; it is an expectation.

The Gators have reached the Big Dance in 18 of their last 22 tries. Additionally, two of those misses were the last time those coaches ever walked the sidelines in Gainesville. (Sure, Billy Donovan left for the NBA, but the point stands!) As Todd Golden steps into the captain’s chair this season, he’ll be expected to make the Big Dance.

Florida returns a proven star in Colin Castleton, plus a potential breakout sophomore in Kowacie Reeves. Pairing that duo with a transfer quartet ranked fifth nationally by EvanMiya evokes optimism for a return to the NCAA Tournament. When it comes to hitting Golden’s keys to success at San Francisco, this Florida team has the pieces to thrive as a finishing and defensive team. The biggest key might be whether there is enough perimeter shooting.

If Bonham and Jones — as well as Reeves and CJ Felder — can provide steady contributions from beyond the arc, it would permeate throughout the offense. Knocking down 3s is a staple of Golden, but that spacing would also contribute to making the Lofton/Castleton pick-and-roll all the more deadly.

Putting it all together in Year 1 is difficult, but it has been done in recent years thanks in large part to the transfer portal. Todd Golden convincing Castleton to return was the most important step, but he also landed the transfers necessary to fit his scheme.

The Gators have to mesh — and find that shooting — but the potential exists for them to leap into the Top 25.