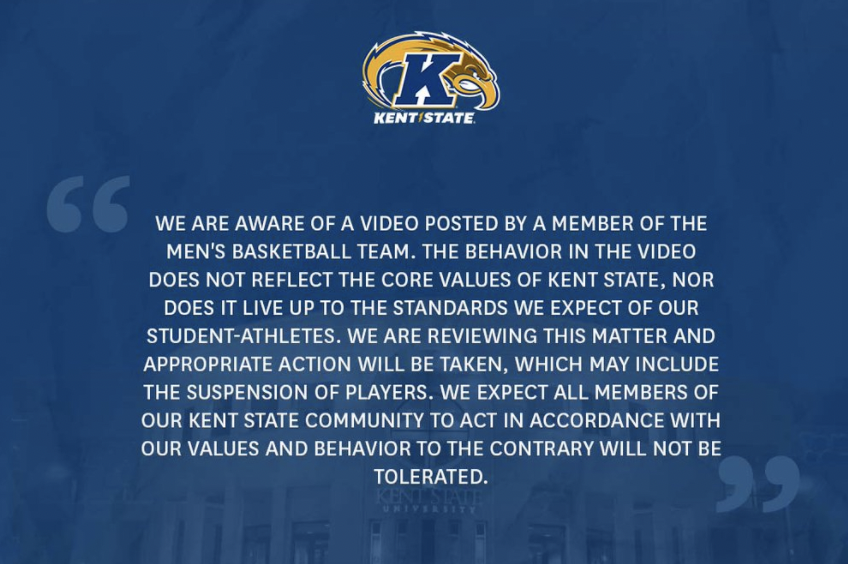 Johnson has been suspended indefinitely while Malique Jacobs, Cli’Ron Hornbeak and Julius Rollins will not play in the first half of Saturday’s matchup. Jacobs led Kent State with 19 points in the team’s semifinal win over Ohio on Friday.

The two programs, whose campuses are separated by about 10 miles, have a bitter historical rivalry.

“I’m disappointed this occurred,” said MAC Commissioner Dr. John Steinbrecher. “This does not represent the values of Kent State or the Mid-American Conference.”

The MAC’s full statement can be read below.

Kent State also issued a statement before the disciplinary action was announced.

“The behavior in the video does not reflect the core values of Kent State, nor does it live up to the standards we expect of our student-athletes,” the statement read.

The video in question has since been deleted by the original poster.

The MAC championship will be televised on ESPN2 at 7:30 p.m. ET.