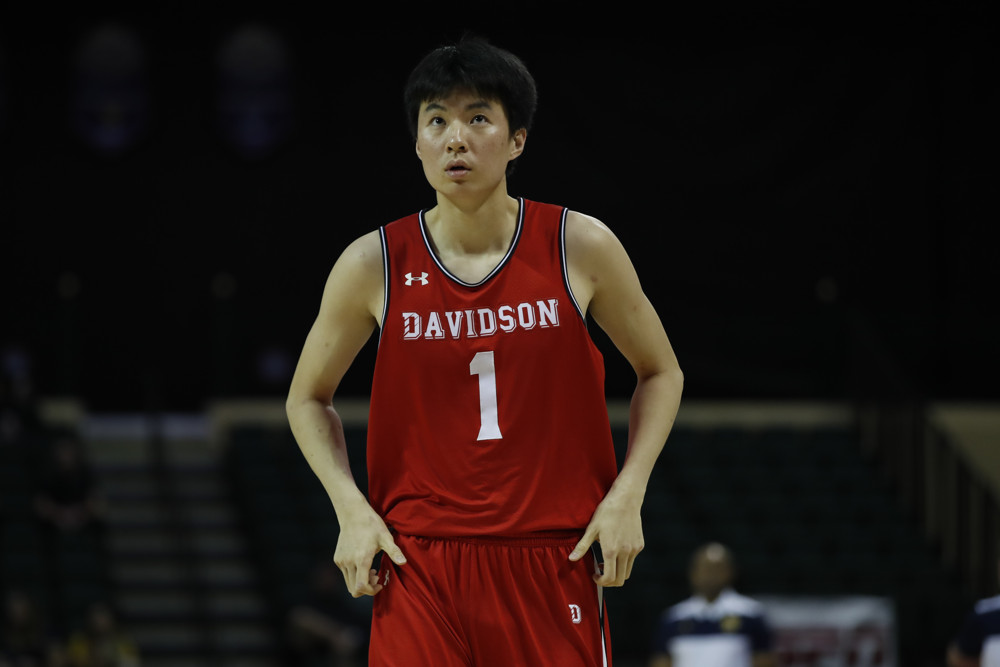 March Madness 2022: Most likely Cinderella teams during the NCAA Tournament

These five teams have what it takes to pull off multiple upsets during March Madness 2022 and make a long run through the NCAA Tournament.

The NCAA Tournament earned the “March Madness” moniker because of how routinely unpredictable upsets happen in the event. Determining which first-round upsets to select in your bracket is an annual rite of passage from the moment the bracket is released on Selection Sunday through the opening round tip-off on Thursday.

While upsets happen annually, true Cinderella runs are rarer. There’s a reason we remember that 2006 George Mason team, the 2011 VCU team and the 2018 Loyola Chicago team, among others — those Final Four runs were special and don’t happen often.

Of course, a Cinderella doesn’t have to make the Final Four, but there’s always that one team that’s able to string a surprise run together.

Oral Roberts earned that distinction last year by becoming the second-ever No. 15 seed to make it to the Sweet 16. The Golden Eagles took over the tournament and didn’t even play in the last weekend.

Who will be that one team who continues to surprise in this NCAA Tournament? Here are the five most likely Cinderella candidates:

I truly believe this Colorado State team is special and capable of turning a lot of heads in this tournament.

The Rams are led by one of the nation’s best inside-out duos in David Roddy and Isaiah Stevens, both of whom are capable of playing with anyone in the country.

Roddy, who was named the Mountain West Player of the Year, might be the most unique player in college basketball. At 6-6 and 255 pounds, the junior has the guard skills to play on the perimeter or the strength to play in the post, making him a true matchup nightmare. That versatility allows him to guard all five positions, too.

Stevens, meanwhile, was a finalist for the Bob Cousy Award, given annually to the best point guard in the country. He’s the one who leads the team in minutes and has put up some monster performances, including a 35-point showing against UNLV and a 17-point, 11-assist showing against Creighton. The 6-foot point guard is as good of a creator as there is in college basketball, whether it’s a shot for himself off the bounce or getting into the lane and finding the open man.

Those two lead the way and are going to be two of the three best players in most games the Rams will play in the NCAA Tournament. Not many mid-majors have that level of talent, but Colorado State does.

Of course, the rest of this group is extremely talented as well, and head coach Niko Medved’s motion offense effectively utilizes cutting and ball screens to create mismatches and/or open shooters. This is a small team (303rd nationally in height) but their shooting (18th in effective field goal percentage) more than makes up for it.

The Rams also don’t get enough credit for how good they are defensively. Yes, they rank 98th in defensive efficiency per Torvik, but that number jumps to 37th in their last 10 games away from home. This group has held eight of their last 11 opponents to 68 points or fewer with five scoring 57 or fewer.

Colorado State is playing really good defensive of late. When put in context with its explosive offense and star power at the top of the roster, the Rams have all the makings of a team that can make a long run.

TCU was not a surefire NCAA Tournament team until early March and finished under .500 in Big 12 play, but this is a dangerous team that has beaten Texas Tech, Kansas and Texas all in the last three weeks.

The Horned Frogs managed to do so by mucking up each game and turning it into a physical, half-court grinder — something Jamie Dixon-coached teams have always been able to do.

This team leads in the nation in offensive rebounding rate and are extremely dangerous when they dominate the glass. Eddie Lampkin, at 6-11, is great in this regard, but Chuck O’Bannon and Micah Peavy rank among the nation’s best rebounding wings, too.

TCU plans to beat teams on the glass and with intense defense, as they rank 24th nationally in defensive efficiency. That’s the formula.

However, the Horned Frogs are playing at a higher level of late because of how well both Mike Miles Jr. and Damion Baugh are playing in the backcourt. Baugh is averaging 11.8 points and 5.3 assists over the past six games while Miles has upped his production to 15.7 points and 3.3 assists per game over that stretch, including a 26-point explosion against Texas Tech.

Any Cinderella-type run TCU makes would likely have to go through Arizona in the second round. The Wildcats have looked like a juggernaut at times this year but, against the handful of teams that have been able to slow the pace and play physically, Arizona has struggled. That’s why the Wildcats lost the games they did to Tennessee, UCLA and Colorado and why they struggled with Illinois.

TCU has the potential to be a really bad matchup for Arizona. If Miles and Baugh continue to bring enough offense to the table, the Horned Frogs will be the No. 8/9 team most likely to make a run.

Davidson is an incredible offensive team, ranking 11th nationally in adjusted efficiency on that end of the floor. Their 3-point shooting is the biggest driver of that offense as the Wildcats collectively make 38.5 percent of their attempts from deep.

What makes them dangerous, however, is that everyone on the court is a threat. Four of their five starters shoot at least 40 percent from beyond the arc and the other, Hyunjung Lee, is the team’s best pro prospect and makes 37.6 percent in his own right.

As long as the Wildcats are shooting better than their opponents from distance, they tend to win. Davidson doesn’t have the best defense in the world, but they excel at limiting offensive rebounds. Most opponents are allowed just one shot attempt per possession and when they’re as efficient as they are on the offensive end, it makes it extremely difficult for opponents to keep up.

Couple that with an extremely high basketball IQ (15th in turnover rate) and it’s not a surprise that Davidson won 26 of its last 30 games.

We’ve seen 3-point shooting be the key attribute in many Cinderella runs. Michigan State and Duke have given up huge shooting nights to opponents multiple times this season (see Virginia Tech’s win over the Blue Devils in the ACC Tournament title game), so it wouldn’t be too much of a shock if the Wildcats found their way out of their first weekend pod.

If you’re looking for a team that can use the First Four as a springboard to start an NCAA Tournament run, Rutgers is that team.

The Scarlet Knights were a surprise inclusion in the Big Dance because of their poor metrics rankings, which were being dragged down by disastrous losses to DePaul, Lafayette and UMass.

But all those happened way back in November. Since the start of February, Rutgers has beaten five NCAA Tournament teams (Michigan State, Ohio State, Wisconsin, Illinois, Indiana), showing they are playing their best basketball of late. This group has played like a tournament team since it upset Purdue back on Dec. 9, so that’s how I’m going to evaluate this group.

Defensively, there’s a lot to like about the Scarlet Knights. They force teams to execute their half-court offense (353rd in defensive pace) and excel at defending the interior (49th nationally) thanks to their size (seventh). The end result is that 20 of their opponents have been held to 66 points or fewer.

Offensively, though, it’s a different story. Rutgers can struggle to score (107th in adjusted offensive efficiency, 200th in effective field-goal percentage), which is why they’re in the First Four in the first place.

But what makes them different from other poor offensive teams is that this group has a legitimate superstar in Ron Harper Jr., who can keep them from falling off the tracks. When he takes over, Rutgers becomes a team capable of beating anyone. Harper has been consistent in that role this season with 18 games of at least 15 points or more.

He also has shown a tendency for clutch plays, evidenced by buzzer-beaters against both Purdue and Indiana, that can make him a superstar in this tournament.

This team has a star and has shown the ability to beat elite teams. The potential for a long run is there.

If you’re looking for that true Cinderella — the mid-major double-digit seed that hasn’t been on the national radar — the UAB Blazers are your team.

This group has a high-quality offense that ranks in the top 30 nationally, headlined by the C-USA Player of the Year in Jordan “Jelly” Walker. Despite standing 5-11, he’s an elite scorer who averaged 31 points per game in the C-USA Tournament and is capable of becoming one of the stars of the NCAA Tournament. He doesn’t just score though, as he was second in assist rate in C-USA play.

But the Blazers aren’t just a one-man show. They rank seventh nationally in 3-point shooting with four players making at least 41 percent of their shots from distance on the season. Quan Jackson, Michael Ertel and KJ Buffen all average at least 10 points per game, too.

UAB is more reliant on its offense than its defense, but its defense certainly isn’t fun to play against. Head coach Andy Kennedy‘s squad excels at creating turnovers, ranking 33rd nationally in that category and 12th in steal rate. In their 27 wins, the Blazers forced nearly 10 steals per game. That surge is led by the 6-4 Jackson, an elite perimeter defender who is top five nationally in individual steal rate.

This team checks all the Cinderella boxes. They make 3s, force turnovers, have a superstar and a coach with NCAA Tournament experience (Kennedy took Ole Miss in 2013 and 2015). UAB is a prime candidate to upset Houston in the first round and potentially keep the momentum going.