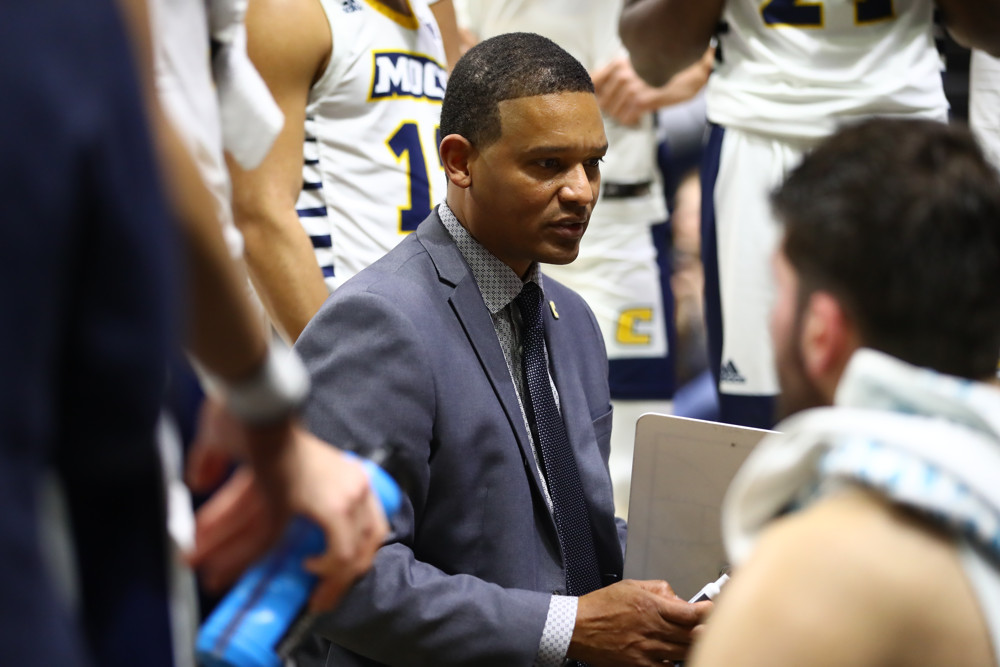 Why Chattanooga and UAB are among the teams capable of doing damage, highlighted in our March Madness upset predictions.

Nothing is more fun than March Madness upset predictions. Not only are Thursday and Friday filled with 16 do-or-die college basketball games apiece, but we are routinely treated to the kind of unpredictability that makes us love the NCAA Tournament so much.

Trying to predict that unpredictability, though, is the hard part.

This year’s crop of mid-majors is incredibly strong, meaning there are plenty of talented double-digit seeds. Teams like Longwood, Richmond, South Dakota State, Wyoming and Vermont could all very easily continue dancing to the second round — and potentially beyond, in some cases — but are faced with unfavorable first-round matchups. Who you play matters almost as much as how good you are.

Which March Madness upset predictions do I think will come to fruition based on what I’ve seen from these teams this year? Check out the seven I’m rolling with this year.

Illinois looked awesome at the start of February when it was 17-5 and in first place in the Big Ten. Since then, the Illini are 5-4 with no win coming by more than eight points. Their dominance is gone as their dynamic 3-point shooters have cooled and Andre Curbelo struggles to get back into the fold.

Chattanooga, on the other hand, has arguably the best perimeter player in the game in Malachi Smith. He averages over 20 points per game and leads the Mocs in both assists and steals. Opponents can’t focus too much on him, though, because David Jean-Baptiste also averages nearly 15 points per game. He already hit the biggest shot of the month (so far):

One last thing: Chattanooga has a big man who can handle Kofi Cockburn down low in Kansas transfer and former five-star recruit Silvio De Sousa. With Illinois sputtering and Chattanooga surging, this feels like it has a good chance of happening.

This game is in the same region (South) as Chattanooga-Illinois, so we might be getting a coveted 12-vs.-13 matchup in the second round!

Houston has managed things pretty well since losing Marcus Sasser and Tramon Mark for the season back in December, but the Cougars weren’t really tested in the American except for when they played Memphis and SMU. Kelvin Sampson’s squad went just 2-3 in those games.

UAB will have the more explosive guard play thanks to Quan Jackson and Jordan “Jelly” Walker, who has scored at least 21 points in each of his last six games — including 40 against Middle Tennessee in the CUSA Tournament semifinals. He leads the nation’s ninth-best 3-point shooting attack, which also makes the Blazers extremely dangerous and one of the popular March Madness upset predictions this year.

UConn’s offense is tough to trust. The Huskies play at one of the country’s slowest paces (291st) but it’s a struggle for them to get to 65 or 70 points on any given night. RJ Cole, Adama Sanogo and Tyrese Martin are solid contributors but, outside of those three, UConn doesn’t know what it’s going to get from its supporting cast.

New Mexico State, on the other hand, has a bona fide scorer in Teddy Allen who produced at a high clip against major competition at previous stops with West Virginia and Nebraska. He will be the most explosive scorer in the game.

The Aggies also have the size to match up with UConn and should compete with them on the glass. The areas in which they struggle — turnovers and 3-point shooting — are also areas where UConn struggles. The Huskies rank 204th in turnovers forced and 233rd in 3-point defense.

I fully expect this to be a close game that is decided by a possession or two. New Mexico State is more likely to get a basket in those situations.

Rutgers is in a First Four matchup with Notre Dame, which means this prediction counts on the Scarlet Knights winning in Dayton. Alabama has way too much athleticism and quickness for Notre Dame, but that’s why I don’t expect the Irish — who are just 4-9 in games against Quadrants 1 and 2 this season — to make it to this point.

Rutgers has shown the ability to play with anyone. It picked up six Quad 1 wins during the season and has already beaten each of the other eight Big Ten teams that made the NCAA Tournament. The Scarlet Knights are a tough defensive team who get enough offense from Ron Harper Jr., who might turn into a superstar this tournament.

Alabama, meanwhile, has been struggling mightily. The Tide are just 10-10 over their last 20 games, 5-6 in their last 11, and are 1-4 against NCAA Tournament teams since the start of February. They love to shoot the three (12th in 3-point rate) but are terrible at it, ranking 305th nationally. Alabama also ranks 268th in turnover rate but insists on playing incredibly fast (12th in pace).

The Crimson Tide have the talent to make a long run, yet they haven’t been playing like it since early December. I don’t think we’ll see that version of Alabama again this season.

Speaking of struggling lately, the Buckeyes are sputtering right now.

Ohio State has lost four of its last five games — three to non-NCAA Tournament teams — and is just 6-7 since Jan. 30. Only 13 teams made the Big Dance with worse defensive metrics than Chris Holtmann’s squad and all were double-digit seeds.

Loyola Chicago doesn’t have those issues. The Ramblers are 22nd in defensive efficiency and shoot the three incredibly well, ranking 16th nationally from distance.

They also have the experience edge. Drew Valentine‘s squad returns the core of the group that made the Sweet 16 last year and ranks 26th in the country in returning experience. Ohio State, meanwhile, returned a core that was upset by Oral Roberts in the first round and rank 189th in experience.

Give me the Ramblers and I’m not thinking twice.

Another No. 7 seed out of the Big Ten that I expect to be upset in the first round, Michigan State nearly had the wheels fall off in Big Ten play. The Spartans are 5-8 overall since Feb. 5 as poor guard play, a lack of top-end talent and no true go-to guy prevented them from really competing with other NCAA Tournament teams from the conference.

All of those issues are still there.

Davidson looks the part of a potential Cinderella. The Wildcats rank 11th nationally in adjusted offensive efficiency, are eighth in 3-point shooting and 15th in turnover rate. That shooting keeps them in every game; they only had one loss by more than two possessions (New Mexico State).

Plus, this game is in Greenville, South Carolina — a much closer trip for Davidson fans (right outside of Charlotte) than Michigan State fans. While Sparty travels well, the crowd edge might go to the Wildcats, especially if the Duke fans in attendance cheer against Michigan State.

What do you do with two teams that look the part but haven’t really been tested? You pick the team with better guards, and that’s Miami.

The Canes did not pick up a notable nonconference win but went 14-6 against a lackluster ACC, knocking off Duke, UNC and Virginia Tech in the process.

USC only has two wins against the NCAA Tournament field in San Diego State and UCLA.

I don’t trust either of these teams. The Trojans haven’t looked great in any of their biggest tests and Miami has a dreadful defense that ranks outside of the top 150 nationally. But Miami doesn’t turn the ball over (eighth in turnover rate) and has a dynamic offensive attack thanks to the three-headed perimeter monster of Kameron McGusty, Charlie Moore and Isaiah Wong. Those three will be the difference in this one.