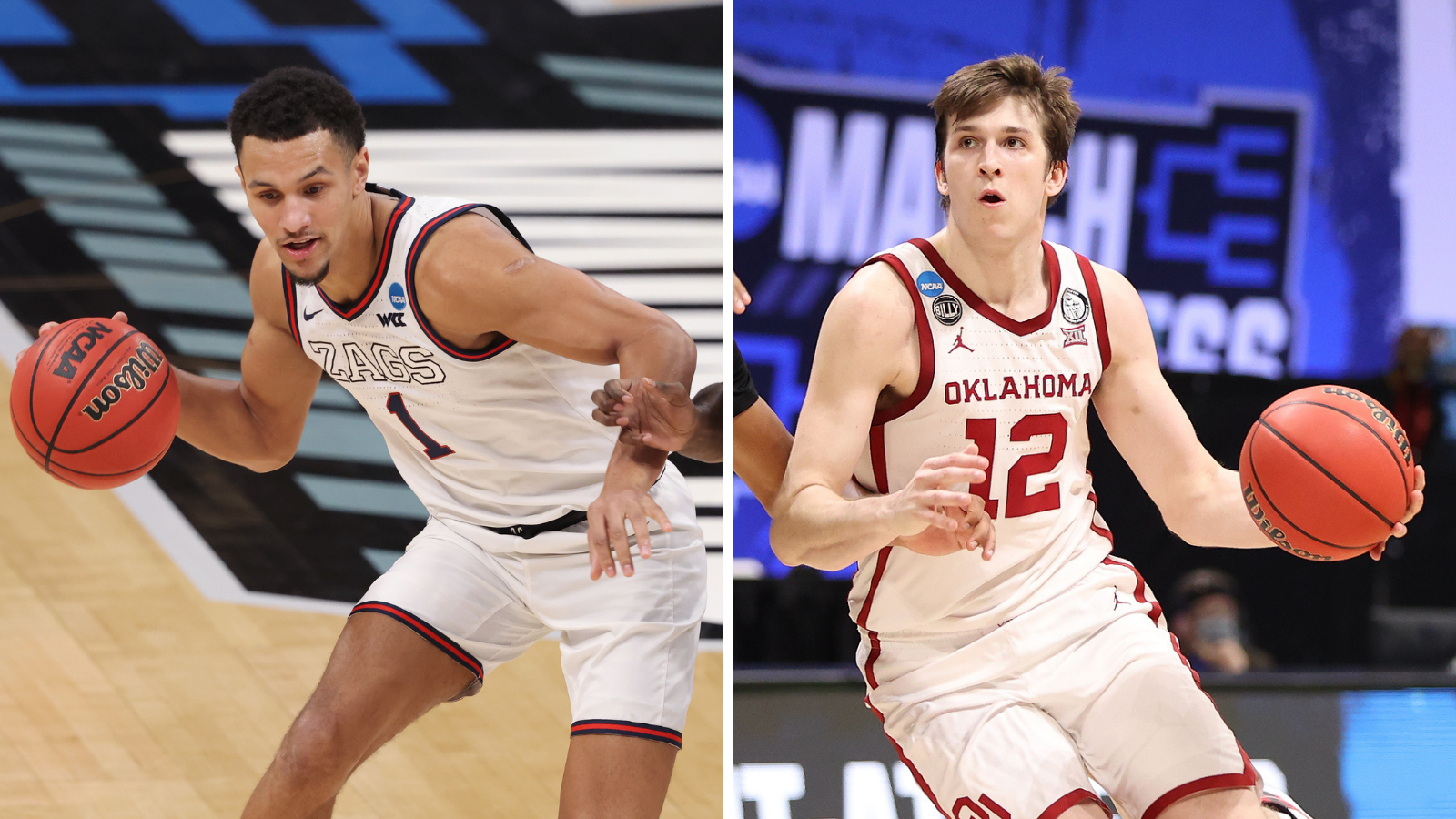 The March Madness second round begins Sunday, and there are a few matchups that could determine how these games play out.

After three days of nonstop basketball action, we are finally down to 32 teams remaining for the ultimate prize. We have already had a ton of incredible individual performances from Max Abmas propelling Oral Roberts in its upset over Ohio State to Jabari Walker’s 24 points off the bench in Colorado’s rout of Georgetown.

The second round, however, is guaranteed to make more March legends. While 16 teams will see their seasons come to an end, 16 others will survive to play at least one more game. These player matchups will hugely impact which teams will move to the next round.

One of the best perimeter defenders in the game takes on one of the peskiest perimeter defenders in the game. Both can score. Both can annoy opposing ball handlers. Most importantly, both are the emotional leaders for their teams. The battle of the frontcourt may be the difference in this game, but this battle of star guards will be the highlight.

Obviously, the big question entering the 2021 NCAA Tournament for Villanova was if it could compete without its star point guard. Well, Justin Moore has taken over and performed well enough in the first round. However, Javion Hamlet is another point guard who could force adjustments, and Moore will need to be on his game once again for ‘Nova to win this one.

JD Notae may not be a starter for the Razorbacks, but he may be Mac McClung’s biggest nightmare as he prepares for this game. Arkansas’ sixth man not only provides solid perimeter defense, he is also good at finding the open man and scoring in bursts. McClung, on the other hand, will need to have one of his bigger games if he wants the Red Raiders to keep pace with their opponents.

Tyree Appleby is a game-time decision, so it’s difficult to choose between possible defensive matchups for Max Abmas. This, however, is the key to avoiding an upset for Florida. After watching the Buckeyes fail to contain the country’s top scorer, the Gators will definitely do their best to key in on Abmas. The point guard will need to find ways to score, or this game could get ugly fast.

In a battle between Goliath and a smaller Goliath, we will see pure power against fundamental soundness. Can Krutwig do anything to slow Cockburn down? If not, he could be riding the pine with fouls, given the physicality that Illinois’ center often requires. Either way, this one should be interesting.

Both are relatively positionless players who can play the point or wing when needed. Ethan Thompson is the experienced leader of a surprising Beavers team. Cade Cunningham is the star freshman who has become an excellent leader in his own right. These players can put up huge numbers, and will need to in order to secure the win.

Would it be a surprise if both players combined for 50 or more points? No, it would not. Basketball is a team sport, but McBride and Boeheim might convince you otherwise. Both players have had moments where it seems like they can’t miss, and if that happens again in this game, nobody will be able to look away.

Neither player is a star on their team, but they are both among some of the steadiest point guards in the country. Jacob Young will need to keep his head if the Scarlet Knights are going to challenge the Cougars. Houston loves to turn teams over on defense, so a clean night from Young could limit what his opponents can do in transition.

Let’s face it, Gonzaga has too many individuals players to name in this article, but Austin Reaves is the engine that drives Oklahoma’s success. Jalen Suggs also happens to be one of the best players in the country in forcing turnovers and starting the fast break. Reaves will need to be aggressive enough to get Suggs in foul trouble, yet conservative enough to not lose control of the game. If he can do both, Oklahoma’s long shot at the win becomes a bit shorter.

Marcus Zegarowski’s reward of surviving the challenge presented by JaQuori McLaughlin and the Gauchos is a game against Jason Preston. Combine that with a potential game against Jalen Suggs in the Sweet 16, and Zegarowski would need to face three of the top point guards among the mid-major conferences. However, this game may be his toughest challenge yet. Preston is an aggressive scorer who loves to create space in the mid-range. There will be zero plays off for Zegarowski when both players are on the floor.

Yes, I understand Evan Mobley is the team’s “center;” however, being the better post defender, his older brother Isaiah will likely get the David McCormack assignment for this game. Considering the fact that Kansas’ best games have come when McCormack is having better nights, Mobley’s work on defense will be a key to the upset. On offense, both Mobley brothers will need to figure out ways to attack the rim effectively and try to neutralize McCormack.

This may be the biggest mismatch of the entire game, but the ability for Oregon to minimize its impact will be the key to winning. Luka Garza is the best post scorer in the country this season, and his ability to take advantage of mismatches is the cause. Between Omoruyi and Chandler Lawson, Dana Altman will need to figure out a way to prevent Luka Garza from scoring 40 because that isn’t out of the realm of possibilities.

Another mismatch of size, this one may actually favor the shorter player. Trendon Watford has proven all year to be a nightmare for defenses. He is too big and strong to be defended effectively by smaller forwards, but his maneuverability around the basket makes it tough for traditional bigs to defend. Michigan could try to come with some help defense, but given LSU’s offensive firepower at all positions, Dickinson may be on his own for most of the game.

The first round was a huge moment for McKinley Wright, one of the best four-year players in Pac-12 history. Florida State has a much larger, pro-ready point guard in Scottie Barnes who will likely be defending Wright for most of the game. Given his skill and experience, however, Wright will certainly find ways to be effective down the stretch.

How often is it that mid-majors have such an advantage in size at the five spot over high-major teams? Kolton Kohl may have struggled against Texas’ bigs, but Cody Riley is not the same caliber of player. Given Riley’s already high propensity to foul and Kohl’s ability to draw contact, we may be seeing more of Mac Etienne than Mick Cronin would like. Also, Kohl is a 71-percent free throw shooter, so fouling him won’t prevent as many points as it would for most 7-footers.

Yes, Darryl Morsell is once again the most important player on the floor for Maryland. In the first round, Morsell was a big reason why James Bouknight was held to 15 points on 16 shots. This time around, the Big Ten Defensive Player of the Year will be in charge of limiting John Petty’s effectiveness. Whether Alabama fans want to believe it or not, Petty’s performance tend to be what sets the tone for the rest of the team.