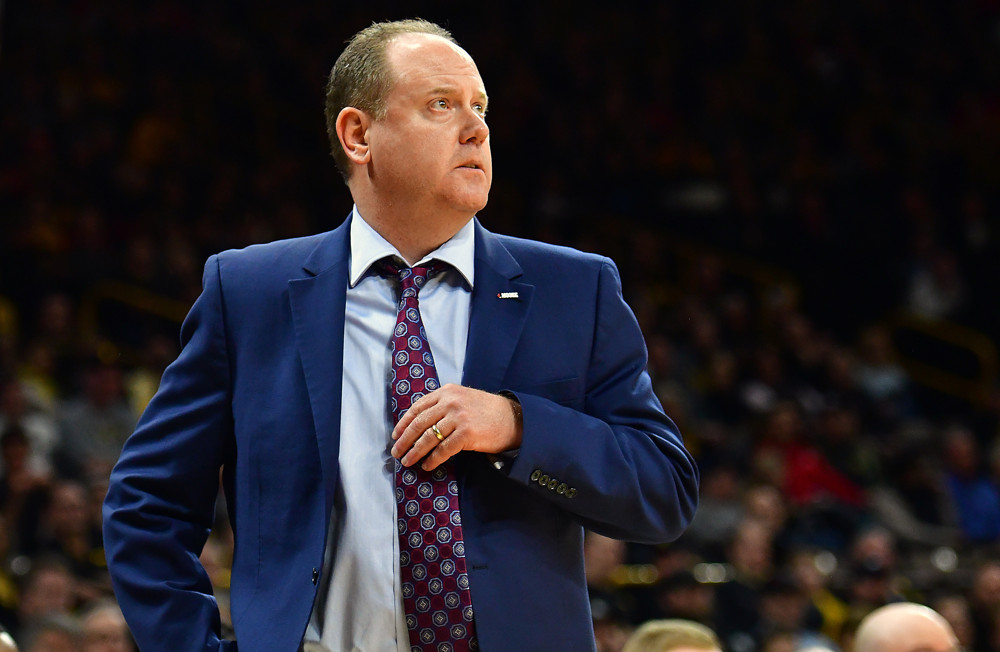 This was not a week of crazy upsets in college basketball so — for the first time this college basketball season — there is not a major change in the top group of these top 25 rankings. If anything, that group has strengthened its hold on the positions.

All the top 11 teams remain unchanged in their positions from last week as only one suffered a loss. That one, Iowa, came against the top-ranked Gonzaga Bulldogs, which is nothing to hang your head about. In fact, the biggest takeaways from the Zags’ 99-88 win over the Hawkeyes is just how great this Bulldogs team looks.

After having two weeks off due to COVID-19 protocols and facing the nation’s No. 3 team with the clear National Player of the Year favorite, Gonzaga dominated from start to finish. They were never seriously threatened by Iowa as they routinely eviscerated the opposing defense with surgical precision and ruthless efficiency. The Bulldogs appear to be in a tier by themselves with Baylor being the only team that can realistically challenge them.

However, outside of that top 11, there is plenty of movement as we’re starting to see some breakthrough teams emerge and overrated teams fall back to the pack. Plus, three new teams enter the rankings for the first time this week.

Here’s a look at my full top 25 rankings:

The Wolverines have methodically taken care of business and picked up their first notable win of the year this week. They are now off until Christmas Day but may not best tested again until mid-January.

San Diego State suffered its first loss of the season this week after simply going cold in the first half against a solid BYU squad. The Aztecs remain in this top 25 because of their resume and the way they fought back in the second half.

I had Marquette ranked No. 19 in my mid-week rankings, so the Golden Eagles did drop a bit after losing to Seton Hall. They have the most losses of any team in these rankings but also have the two best wins (Wisconsin, Creighton) of any team other than Gonzaga.

Duke finally picked up its first somewhat notable win this week against Notre Dame. The Irish aren’t great by any stretch, but the Blue Devils showed signs of improvement — enough for them to stay in the top 25. Remember, both of their losses came against top 10 teams.

Beating Kentucky isn’t exactly something to write home about these days, but UNC dominated the second half to knock off the Wildcats. They move up with the win thanks to the losses of some other teams.

Florida State was set to make a big jump in these rankings before falling victim to the upset bug against UCF. Scottie Barnes had the worst game of his young career and the Knights outrebounded the bigger Seminoles. I don’t think either of those things will become trends, so I’m not completely alarmed by the loss but it certainly isn’t a good thing.

Texas Tech came close to knocking off Kansas but ultimately came up short due to lackluster offense. I wrote about why that’s a huge problem for them here.

Oregon’s six-game win streak puts them in my top 20, though its upside may be limited after losing big man N’Faly Dante to a torn ACL. Even so, the Ducks look like the clear best team in the Pac-12.

Creighton lost to a surging Marquette team early in the week, which was disappointing given its expectations. The Bluejays got back on track against St. John’s, but they drop a few spots due to the Marquette loss.

The Billikens continue to prove that they are legitimately excellent. I wrote an in-depth breakdown on them in Friday’s Rauf Report.

Mizzou did not play this week after having three games last week. The Tigers return on Tuesday at home against Bradley.

Virginia continues to be off due to COVID-19 protocols and will not play until Dec. 26, when the Cavs take on Gonzaga.

Rutgers passed its first road test of the season with a resounding victory over Maryland. Geo Baker returned to the lineup as well and displayed improved efficiency. There isn’t anything to dislike about this group at the moment.

The Badgers picked up their two biggest wins of the season this week, pulling away from Loyola-Chicago in the second half and getting red-hot from three (16-25) against a shorthanded Louisville squad. They’re really starting to prove themselves in my eyes.

Texas took care of business against a lesser team and left no doubt.

The Illini completely destroyed Minnesota following their upset loss to Missouri. Kofi Cockburn (33 points, 9 rebounds) was dominant. Up next is another crucial showdown against Rutgers.

The Wildcats took care of business in methodical fashion against both Butler and St. Joe’s. Jay Wright’s squad is back on track after their earlier loss to Virginia Tech but will be tested again this week at Marquette.

Houston has been off since Dec. 5 but will return to action Sunday against Alcorn State.

We saw both the best and worst version of West Virginia this week. The Mountaineers led Richmond by as many as 30 in an easy win before trailing one-win Iowa State for most of their game before pulling it out late. However, they won both and stay at No. 7.

Kansas was also not at its best against the Red Raiders yet still found a way to get a road victory over a top 20 team. That has to count for something.

The Vols looked the part of an elite team this week. Tennessee still doesn’t have a win over a top 25 team, but they have two wins against the KenPom top 65 and didn’t let up in their two games this week.

A dominant win over a lesser team is exactly what you expected to see from Sparty. Tom Izzo’s squad will start conference play on Sunday against Northwestern.

Iowa did look overmatched in their loss to Gonzaga, but I’m not going to dock the Hawkeyes for that because everyone does. The way the Hawkeyes fought back in the second half was impressive, too. There isn’t a huge gap between the teams I have ranked No. 3 through No. 10, but Iowa maintains this spot.

Baylor returned from a COVID pause to dominate Kansas State the way one would expect. The Bears are No. 2 because they’re not as proven as Gonzaga, but there is a clear gap between this squad and everyone below them.

What more can you say about Gonzaga? The Bulldogs’ spacing, unselfishness, ball movement, and balance are exactly what you want. This team is simply on a different level than anyone else right now.