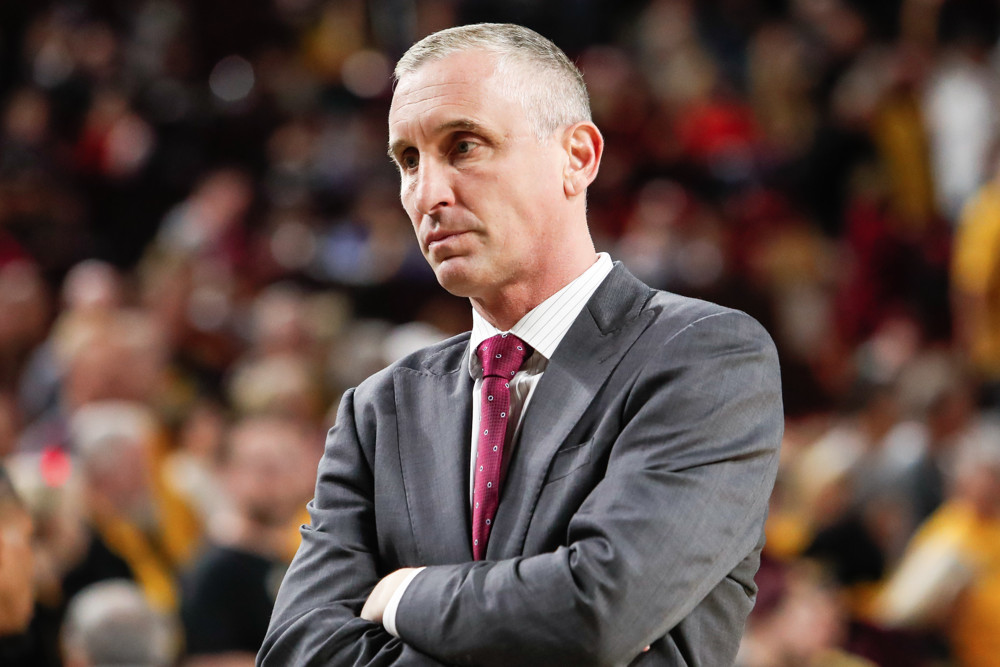 Where does Pac-12 basketball turn after dismal nonconference performance?

When the NCAA releases its initial NET rankings of the 2020-21 college basketball season on Jan. 4, the Pac-12 won’t feel warm and fuzzy inside.

Saturday marked the unofficial conclusion of the Pac-12’s nonconference slate — at least as far as quality win opportunities are concerned. So far, the conference hasn’t managed to accomplish much of anything that will help come Selection Sunday.

To put it bluntly, any Pac-12 quality win from now until March’s bracket release will come at the expense of another Pac-12 team. This cannibalizes the league as a whole and ensures the conference will record no more than its usual four or five bids, if even that many.

Where those bids will sprout is the key question. What was once a clear trio of league contenders in Arizona State, Oregon and UCLA is now a group of maybe six or seven teams that could win the regular-season title or miss the NCAA Tournament entirely.

That trio of Arizona State (No. 18 in the preseason AP poll), Oregon (No. 20) and UCLA (No. 22) are all unranked as a Monday. Each have had underwhelming starts to the season.

The Sun Devils have a number of issues on both sides of the ball, shown on full display in a narrow win over Grand Canyon and an embarrassing home loss to UTEP in their most recent contests. ASU’s best nonconference victory will be its Nov. 25 win over Rhode Island, which is currently 3-5, 77th in KenPom, and is projected to finish the regular season 12-13 overall. Barring a significant improvement by the Rams, that won’t be a quality win come March.

Oregon’s hopes took a major hit Saturday despite not taking the floor. Sophomore star N’Faly Dante — the team’s only player above 52 percent from the field through six games — is done for the year with a torn ACL. Dante’s absence leaves a gaping hole underneath with no other rotational player listed taller than 6-8. Seton Hall is Oregon’s strongest win to date, which is 5-3, 47th in KenPom, and is projected to finish 14-11 overall. Will Richardon’s impending return next month should help significantly, though.

The same case applies to UCLA, which has a win over a solid Marquette team but was also leveled in its season-opener against San Diego State and was outscored by 13 points in the final 12 minutes against Ohio State on Saturday. The Bruins could very well be the league’s favorite at this moment, though they haven’t looked the part of a squad that is capable of lasting more than a round or two in March Madness. Can Mick Cronin spark a second-half turnaround like last season?

Overall, the Pac-12 is 1-9 in KenPom Tier A nonconference games as of Sunday:

With limited chances due to COVID-19 scheduling changes, the Pac-12 has botched any hopes of living up to increased preseason expectations. The league’s strongest wins to date are Oregon over Seton Hall, UCLA over Marquette, Stanford over Alabama, Arizona State over Rhode Island, and USC over BYU. Preseason favorites have sputtered, no middle-tier team has emerged, and bottom feeders like Washington and Oregon State are losing games to Portland, Montana and UC Riverside.

In 2012, the Pac-12 was represented by No. 11 seed Colorado and No. 12 seed California in the NCAA Tournament while regular-season champ Washington was NIT-bound. And while March won’t be that brutal for the conference, it certainly isn’t looking like 2016’s seven-bid output or the 2017 bracket that featured three Sweet 16 squads.

This can all be traced back to the Pac-12’s inability to scratch out quality wins during the first four weeks of the season.