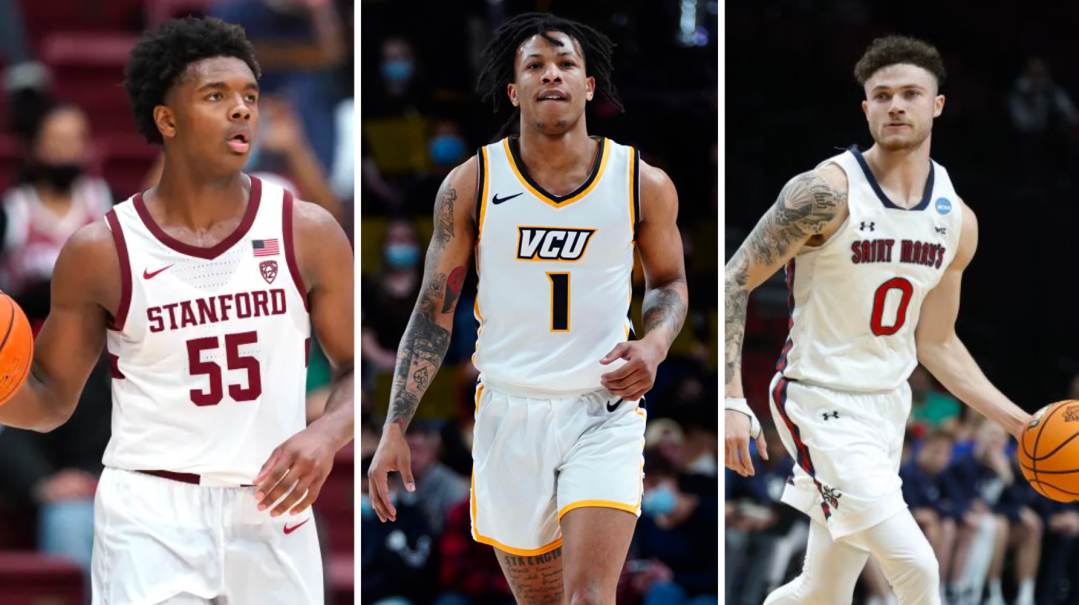 EVEN IN November, EVERY GAME matters for bracketology and the way the committee will view a team in March. WHICH teams OPEN THE YEAR WITH CRITICAL MATCHUPS?

The 2022-23 college basketball season is on the horizon. And while it might feel too early to start talking about resumes, that is not how the selection committee views it. Every game — from November through March — carries weight in terms of future selection and seeding in the Big Dance.

It is important to note, though, that November games do not impact each program equally for resume-building purposes. For instance, power conference teams continue to benefit from resume-boosting opportunities through the spring thanks to being in stronger leagues.

On the other hand, mid-majors hoping to contend for at-large bids do not have that luxury; those schools need to take advantage of as many Quad 1 and Quad 2 chances as possible in early November. As a result, many of the the most important games of the opening two weeks, from a bracketology perspective, come from the mid-major ranks.

Much has been made about this year’s Opening Day slate lacking the same juice as some of the past, but there are several key early-season matchups early in the year. Here are 10 teams whose postseason hopes could hinge on the first two weeks of the season.

— Four ways college basketball should spice up its November schedule

— Pick up your copy of The Almanac, an 800-page college basketball preview!

Saint Mary’s has finished in the KenPom top 40 in six of the last seven seasons and has its sights set on another solid season. Alex Ducas and Logan Johnson return as double-digit scorers. And while the post-Tommy Kuhse era poses its challenges, head coach Randy Bennett has a pair of potential options. Augustus Marciulionis will see an increase in role, plus freshman Aidan Mahaney was very impressive over the program’s summer trip.

The Gaels performed well on that trip to Australia and looks to carry that into the regular season. Saint Mary’s starts its campaign with five straight home games, but most come against programs set to compete for their respective conference titles. They open against Max Abmas and Oral Roberts (Nov. 7) before hosting two preseason top 100 KenPom opponents in Vermont (Nov. 10) and North Texas (Nov. 13). SMC rounds out its opening two weeks against Southern (Nov. 16) and Hofstra (Nov. 19), both of which finished in the top three of their respective league’s preseason poll.

Gonzaga is a lock to make the NCAA Tournament out of the WCC, but Saint Mary’s hopes to make it at least a two-bid league. The Gaels’ underrated nonconference schedule will provide several Q2/Q3 opportunities.

There is a ton of new about Murray State this season. The Racers are in a new conference (Missouri Valley), with a new coach (Steve Prohm), and a bevy of new players. DJ Burns is the only returner from last season’s 31-3 (18-0 OVC) team. Murray State is projected to finish in the middle of the MVC but has tremendous pedigree as a mid-major program. Given the Racers’ roster turnover, making an early statement will be difficult — but opportunities present themselves on their schedule.

Murray opens the year on the road Nov. 7 at Saint Louis, an Atlantic 10 team with at-large aspirations. The Racers then return home for a one-game reprieve against NAIA Lindsey Wilson (Nov. 12) before heading to the Myrtle Beach Invitational (Nov. 17-18, Nov. 20). The three-game event in Conway, SC will afford matchups against Texas A&M, Colorado/UMass, and another possible resume-builder. It is an action-packed opening couple of weeks for a program needing to integrate so many new pieces on the sidelines and the floor.

If the Racers can quickly develop chemistry and steal a game or two in the first couple of weeks, they could be poised to exceed expectations.

South Dakota State lost several key pieces this offseason after a 30-5 (18-0 Summit) campaign, including star Baylor Scheierman. Head coach Eric Henderson is not without returning talent, though. The Jackrabbits bring back four players who shot 4- percent from three or better last season. Rising sophomore guard Zeke Mayo (9.6 points per game) might have the brightest future of the bunch and could be the program’s next breakout star.

A strong set of performances against difficult opponents would propel hopes for another Summit League title.

Towson has not reached the NCAA Tournament since 1991, but the program has high hopes for this campaign. The Tigers are fresh off finishing 25-9 (15-3 CAA) last year, and return four all-conference caliber players. Cam Holden propels an offense featuring sharpshooters Nicolas Timberlake and Jason Gibson, while Charles Thompson anchors an elite defense. Towson projects as one of the nation’s top mid-majors, and might be a dark-horse at-large contender.

The Tigers’ nonconference schedule contributes to that potential. After opening the season against Albany (Nov. 7), Towson will play three straight road games against UMass (Nov. 10), Penn, (Nov. 13) and UNC Greensboro (Nov. 17). All are winnable games against quality, albeit not elite, competition. Winning true road games can go a very long way for a mid-major resume. It is a very challenging first two weeks, but Towson’s schedule does not stop there.

The Tigers will play 10 of their 13 nonconference games away from SECU Arena. It will be difficult to run through all that time on the road, but such matchups are huge for resume-building.

Temple is a dark-horse team to watch in the AAC this season. Even with Khalif Battle missing 22 games with injury last season, the Owls still put together a 17-12 (10-7 AAC) record. Battle, who averaged 21.4 points in seven healthy contests, is back this season; he will pair with Damian Dunn and potential breakout Zach Hicks to form a dangerous perimeter trio with good size. The Owls overcame a stagnant offense last season with the fourth-best defense in the AAC. A healthy Battle gives them the volcanic scorer that they were missing.

Earning an at-large bid from the AAC requires a quality nonconference resume. Temple has the opportunities to get a headstart in that department over their first two weeks. The team opens against Wagner (Nov. 7) before challenging nationally-ranked Villanova (Nov. 11) and SEC sleeper Vanderbilt (Nov. 15). All three games will be at home. The Owls’ first flight away from the Liacouras Center is to the Basketball Hall of Fame Showcase (Nov. 18), where they will face Rutgers, and a Barclays Center matchup with St. John’s follows shortly after in the Empire Classic (Nov. 21).

Temple will have lots of opportunities to showcase its Battle-led offense and solid defense.

Elite experienced talent wins in college basketball, and Furman has plenty. Fifth-year seniors Jalen Slawson and Mike Bothwell are both SoCon Player of the Year candidates, and they have their sights set on ending Furman’s NCAA Tournament drought. The Paladins have not danced since 1980. Bob Richey coaches a highly-efficient offense that could earn Cinderella status if they can overcome their SoCon Tournament demons; they are the league’s preseason favorite.

Furman opens its 2022-23 season with back-to-back home games against D2 North Greenville (Nov. 7) and mid-major power Belmont (Nov. 11). The Paladins then head to the Charleston Classic (Nov. 17-18, Nov. 20), where they could face multiple high-major opponents; Penn State is the opening-round opponent with Virginia Tech or Old Dominion waiting on Day 2. Those contests could help set the tone for a team not only hoping to win the SoCon, but also threaten in the Big Dance.

UAB is the preseason favorite to win the C-USA, but North Texas is not far behind. Grant McCasland’s program posted a 25-7 (16-2 CUSA) record a season ago and returns much of that same core. Tylor Perry is back as the team’s star, plus UNT added Tyree Eady and Jayden Martinez via the transfer portal. There is a lot to like about this defensive-oriented team. An at-large bid would be a longshot, but a two-bid C-USA — which hasn’t happened since the American Athletic Conference formed in 2013 — is not entirely out of the question.

North Texas opens its regular season against D2 Southern Nazarene (Nov. 7). Its first Division I game, though, is a huge road opportunity against Saint Mary’s (Nov. 13). A win in Moraga would surely finish in Quad 1 by the time March rolls around. The Mean Green will also face Fresno State at home (Nov. 19) during the opening two weeks of the season. These two games are two of UNT’s biggest three nonconference opportunities; taking both victories would help build a resume.

Florida Atlantic is on a tremendous upward trajectory under head coach Dusty May. The Owls have improved their winning percentage in each of his four seasons at the helm; their 19-15 (11-7 CUSA) record last season was their best since 2011. May now returns six players who averaged 17 or more minutes per game last season, plus added UConn transfer Jalen Gaffney as another playmaker. He will join Bryan Greenlee, Michael Forrest and Alijah Martin as elite creators out of FAU’s pick-and-roll-oriented attack.

Florida Atlantic was picked to finish fifth in a challenging C-USA this season. With a rigorous start to nonconference schedule featuring road games at SEC foes Mississippi (Nov. 11) and Florida (Nov. 14), the Owls could quickly make their mark on the college basketball season. They are a guard-heavy group with several viable 3-point threats. UAB, Western Kentucky and North Texas earned most of the offseason attention in the C-USA, but Florida Atlantic is a looming dark horse.

Stanford started last year strong at 12-6 (5-3 Pac-12) but sputtered down the stretch. They won only three of their final 12 regular-season games, with the only victories coming over sub-100 KenPom teams. A five-game losing streak to close the regular season also closed the book on their postseason hopes. Now, though, Jerod Haase returns Spencer Jones and Harrison Ingram while adding Michael Jones via the transfer portal. If Isa Silva makes a sophomore jump, they could leap in the national standings.

Stanford hosts Pacific in its opener (Nov. 7) before heading to American Family Field — yes, a baseball stadium! — to challenge Wisconsin in a neutral-but-not-so-neutral game (Nov. 11). That contest will be a good early-season litmus test for both teams. Stanford rounds out its opening two weeks by playing host to nationally-ranked San Diego State (Nov. 15), followed by Cal Poly (Nov. 18). The Cardinal’s opening stretch features two great tests in the matchups with the Badgers and Aztecs.

What if COVID-19 protocols hadn’t knocked VCU out of the 2021 NCAA Tournament? What if Ace Baldwin didn’t miss the first eight games of this past season? There have been lots of “what ifs” for VCU over the past two seasons, but the hope is that all can be remedied with an excellent 2022-23 campaign. Baldwin is back in the mix as the star two-way guard, plus a few potential breakout pieces surround him in Jayden Nunn, Jamir Watkins and Jalen DeLoach. Perhaps changes of scenery for former Michigan players Zeb Jackson and Brandon Johns could unlock their potential as well. There is a lot to like, especially defensively, with VCU.

The Rams have at-large hopes for a fourth time in the last five years under Mike Rhoades. That quest begins with home games against Manhattan (Nov. 7) and Morgan State (Nov. 12) before heading to the Legends Classic (Nov. 16-17). VCU will face Arizona State in the first round, while Michigan or Pitt await the following day in Brooklyn. The Rams close their opening two weeks with a true road game against AAC favorite Memphis (Nov. 20).

VCU could very quickly start to develop an NCAA Tournament resume. Getting off to a fast start might be justice for the Rams’ 4-4 record without Baldwin for their first eight games last year, a stretch that perhaps prevented them from an at-large bid.