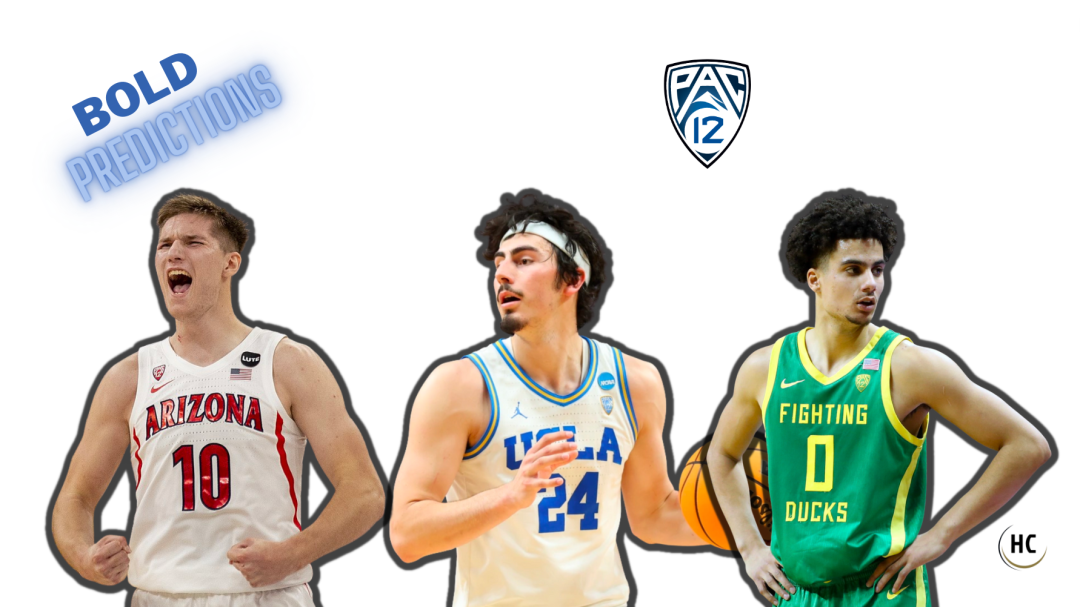 Pac-12 basketball is hoping to continue building off the momentum of recent seasons. What could happen in the conference this year?

The Pac-12 only sent three teams to the NCAA Tournament last season but two — Arizona and UCLA — made it to the Sweet 16. Those two also signaled that the top of the league is as strong as it has been in a while.

Those four brought the kind of national attention to the conference that had been lacking in recent seasons, and those four are projected to do so again. However, if we know one thing about the Pac-12, it’s that wackiness and unpredictability are the norm — not the exception.

—Rising Coaches’ ‘Next Up’ initiative promotes next wave of coaching stars

This is a referendum on both the way I view UCLA and how I view the other Pac-12 contenders going into the season.

The Bruins have experienced stars in Jaime Jaquez and Tyger Campbell. They have supremely talented freshmen with Amari Bailey and Adem Bona. They have a legitimate breakout candidate in Jaylen Clark and arguably more depth than any other team in the league.

The only thing UCLA lacks is that proven scorer who can drop 20 points a game when healthy — aka Johnny Juzang — but there’s enough here to think that it won’t be crippling. Heck, we don’t know if Bailey or Clark can develop into those roles. Juzang was also limited by injury last season and the Bruins were still a few Caleb Love shots away from being in the Final Four again.

Everyone else in the league has significant questions. Arizona was awesome in Tommy Lloyd’s first season but now has a serious talent drain at the top. I don’t expect Kerr Kriisa, Pelle Larsson and Azuolas Tubelis to play at the same level Bennedict Mathurin, Dalen Terry and Christian Koloko did a season ago. The Wildcats also don’t have the kind of depth they had last season, either.

The same goes for USC. Boogie Ellis and Drew Peterson are fine. Can either be the guy on a Pac-12 championship team? I don’t think so, and the Trojans lack any real proven talent behind them.

Oregon, meanwhile, is hoping to shake off last season’s disappointment despite a roster with similar issues. Will Richardson and Jermaine Couisnard are both talented but inconsistent in the backcourt. Kel’el Ware has the potential to carry the load inside though he’s still rather raw and there are questions about this strength and motor at this level.

Arizona, USC and Oregon will all be fine teams that I expect to finish in the conference’s top 4. That said, I don’t expect any of them to really challenge UCLA at the top. They just have too many questions that don’t exist for the Bruins.

After those top 4, the Pac-12 looks to be a complete crapshoot. There are six teams that all feel like they have the potential to make the NCAA Tournament if things break right yet, at the same time, could finish 10th in the league if things go the other way.

This is the year things break right for Washington State. The Cougars will likely still fall short of the NCAA Tournament but there is a lot to like about this group.

Mouhamed Gueye‘s return solidifies Wazzu’s defense in the middle. In fact, he was named the conference’s Preseason Defensive Player of the Year by The Almanac. Head coach Kyle Smith called him “Evan Mobley Lite,” signaling the kind of impact they expect the sophomore to have on both ends of the court.

The Cougars are also a big team that projects to start two traditional bigs with a couple more seeing consistent minutes in the rotation. That means the backcourt is going to have to produce at a higher clip than it did a season ago, which I think will happen largely due to the arrival of Tennessee transfer Justin Powell. The 6-6 point guard was a star during his freshman season at Auburn (11.7 ppg, 6.1 rpg, 4.7 apg) before a concussion cut his season short. He then left for Tennessee and never really found his spot with the Vols. Now back in a featured role playing with the ball in his hands, look for him to form one of the Pac-12’s best duos with Gueye.

If things are going to go that “other way” for someone, it’ll likely be Arizona State. Bobby Hurley brought in four transfers — Frankie Collins (Michigan), Desmond Cambridge (Nevada), Devan Cambridge (Auburn) and Warren Washington (Nevada) — who are all expected to start for the Sun Devils. That may not be a good sign considering these players were either inconsistent at their last stops or are taking a big step up in competition (or both).

But Arizona State also needed to bolster its roster. The program has posted two consecutive losing seasons and really struggled offensively last year, finishing dead last in the Pac-12. A healthy Marcus Bagley can change that, but their issues go well beyond just one player. There was a lack of cohesion, poor shot selection and too much one-on-one basketball that personnel changes may not fix.

And if Arizona State struggles again, this might be the end for Hurley in Tempe. Yes, he’d be a victim of his own success given ASU’s string of tournament appearances just a few seasons ago, but a third consecutive losing season would signal things are going in the wrong direction.

School president Michael Crow also told ESPN’s Pete Thamel recently that they’re committed to athletic director Ray Anderson, who has a rocky relationship with Hurley. He might be looking to start fresh.

4) Cal, Oregon State don’t beat anyone besides each other

The good news for Arizona State — or any other school projected to finish in the top 10 of this 12-team league — is that 10th might be the worst they can do. Cal and Oregon State, the conference’s two projected bottom-feeders, are bad.

The Golden Bears went 3-15 in their last 18 games and have to replace their three leading scorers from a group that was second-to-last in the Pac-12 in offensive efficiency. Cal will be relying on Hartford transfer DeJuan Clayton and Texas transfer Devin Askew to carry most of the offensive load but Clayton was inefficient in the MEAC and Askew hasn’t made an impact at either Kentucky or Texas in his two college seasons.

Then there’s Oregon State, which won just three games all of last season and is replacing its top five scorers. That group is being replaced with a combination of transfers and freshmen that will make the Beavers one of the most inexperienced teams in the country.

It’s a good thing both programs have each other, because I don’t think either side gets a victory against any other Pac-12 opponent as they undergo full-on rebuilds.

Back to UCLA, where the Bruins’ dominance of the conference will show itself in postseason awards. Some of that is already seen in the preseason with Jaquez and Bona winning Preseason Player of the Year and Newcomer of the Year honors, respectively, in The Almanac.

Both also have a good chance to win Defensive Player of the Year, too. Clark has the ability to become an elite-level defender as well. Campbell was voted preseason first-team All-Pac-12, too, showing that he will be in the Player of the Year race.

And, of course, if UCLA is as dominant in the league as I’m projecting, it will be hard for anyone other than Mick Cronin to win Coach of the Year.

I’m not sure of the exact combination of players that will win these awards — that’s how many options the Bruins have — but I do think UCLA will be good enough to sweep them.